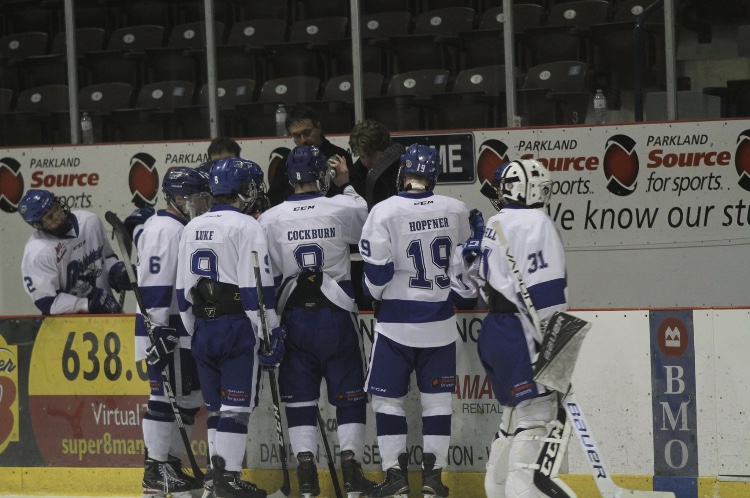 The Parkland Rangers are back on the ice tonight, as they take on the Pembina Valley Hawks on the road.

Tonight's game is the first of three-straight on the road for the Rangers, and the teams will once again hook-up at the Morden Arena, tomorrow afternoon at 2:30.

But first, the Rangers and Hawks battle it out tonight, at 8:00 p.m. 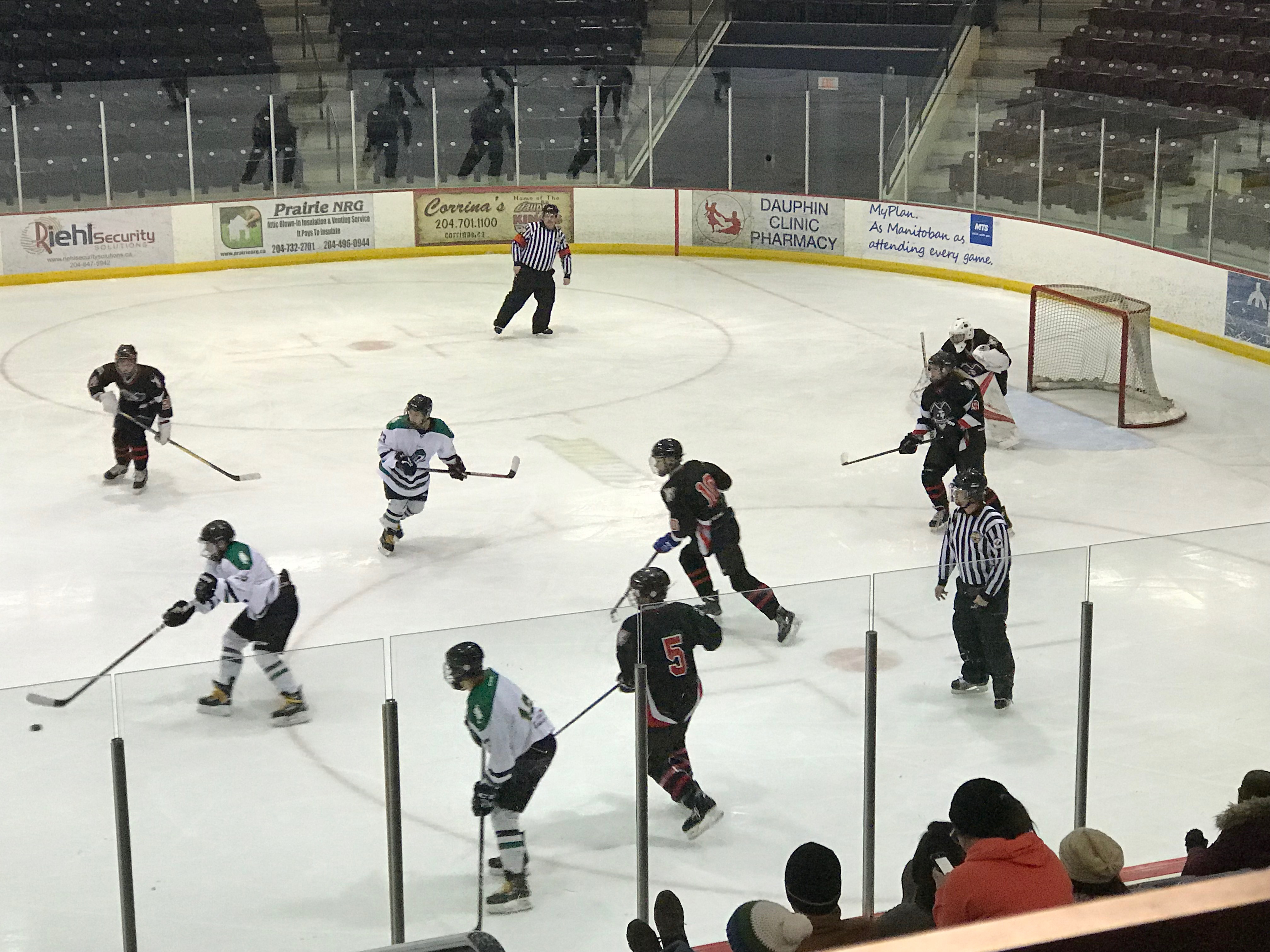 The Dauphin Clippers play their biggest game of the season, so far, this afternoon, as they're in Hamiota for a Provincial Qualifier.

The team battles against Virden, for a berth in the Championship final tomorrow, with the winner of tomorrow's game advancing to the AAAA Provincials in March, in Winnipeg.

Keep it right here on 730CKDM, to see how the Clippers do this afternoon against Virden, and the puck drops at 1:00 p.m. 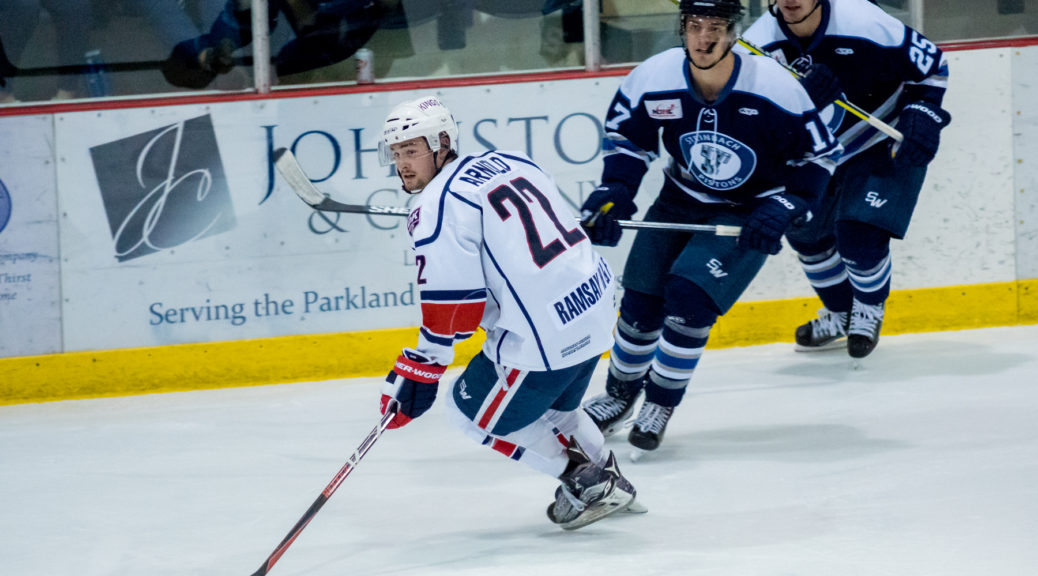 The Dauphin Kings kick off a short homestand tonight, as they welcome the Steinbach Pistons to town.

Seven days ago, the Kings shocked the Pistons, back at the TG Smith Centre, in overtime, 4-3.

Tonight, a hungry Pistons team will be in town to challenge the Kings, after beating Swan Valley last night, 5-1.

The Kings will also look to rebound after a 7-4 loss in overtime, on Wednesday night.

All the action kicks off at 7:30 tonight, at Credit Union Place.

Hale-Menard and Baker Impressive on Day One 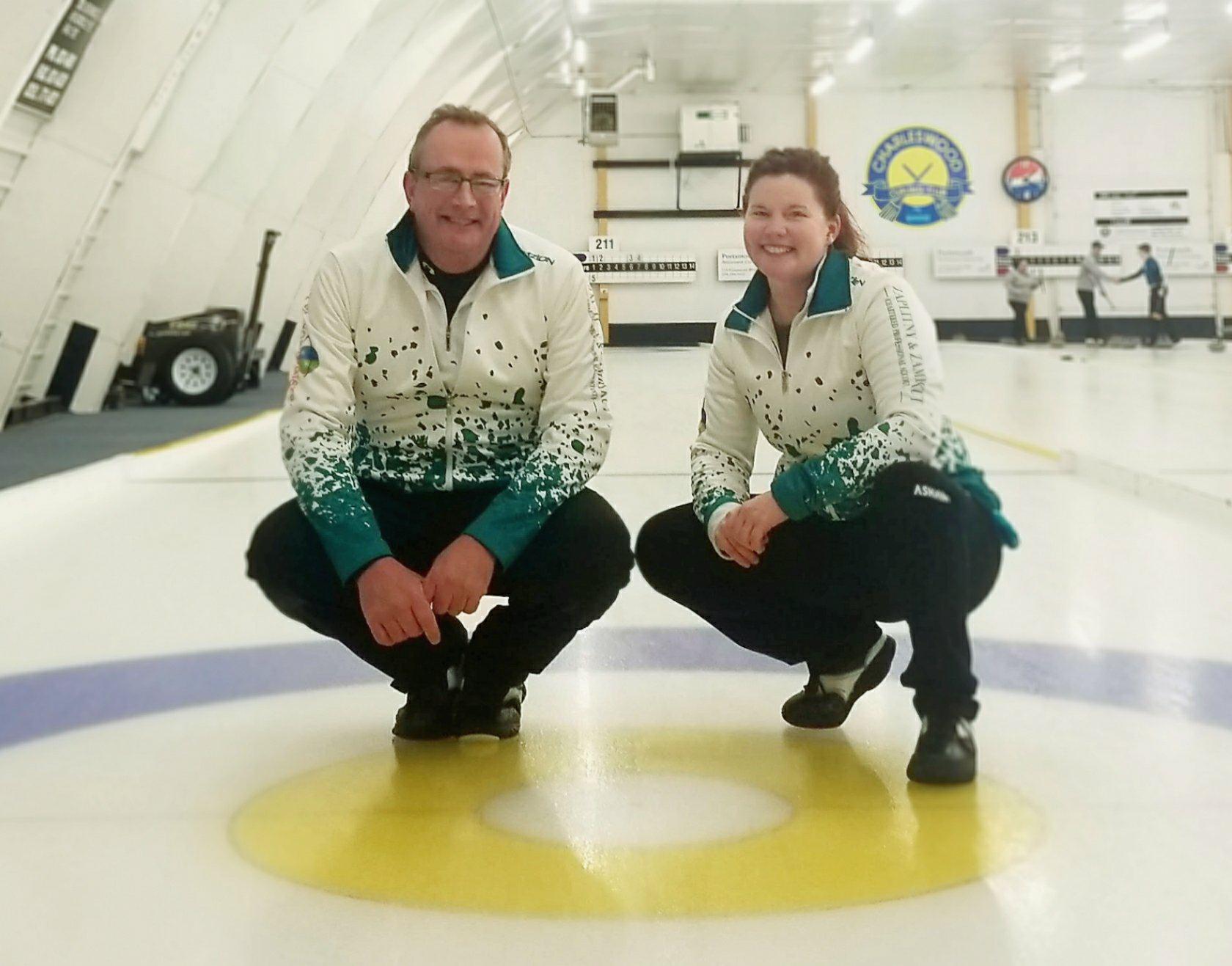 Dauphin's Lisa Hale-Menard and Ray Baker were very impressive on day one, at the Manitoba Mixed Doubles Curling Championships in Winnipeg, yesterday.

They won their first game, 8-1, and followed that up with an 11-7 win in their second game.

The duo continues their Championships this morning, at 10:45, against Team Walter. 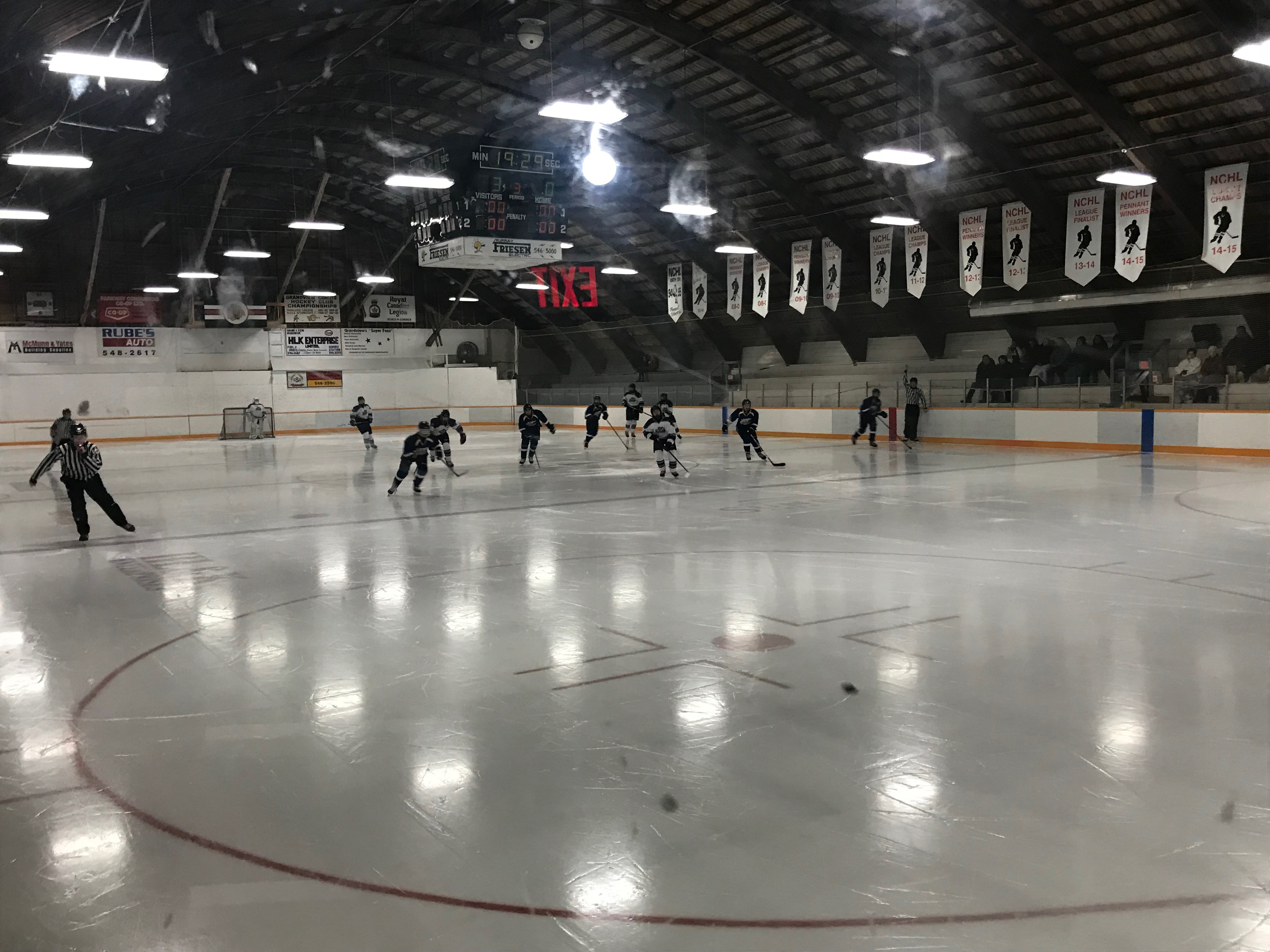 The Grand Plains women's Ice Dogs went down by three goals, and couldn't rebound, as they lost, 4-2, against Souris, last night at the GACC.

It was game two, of a best-of-three playoff series, between the two, and a game the Ice Dogs needed to win to keep their season alive.

Emma Gamache and Ameron Laliberty scored for the Ice Dogs in the loss. 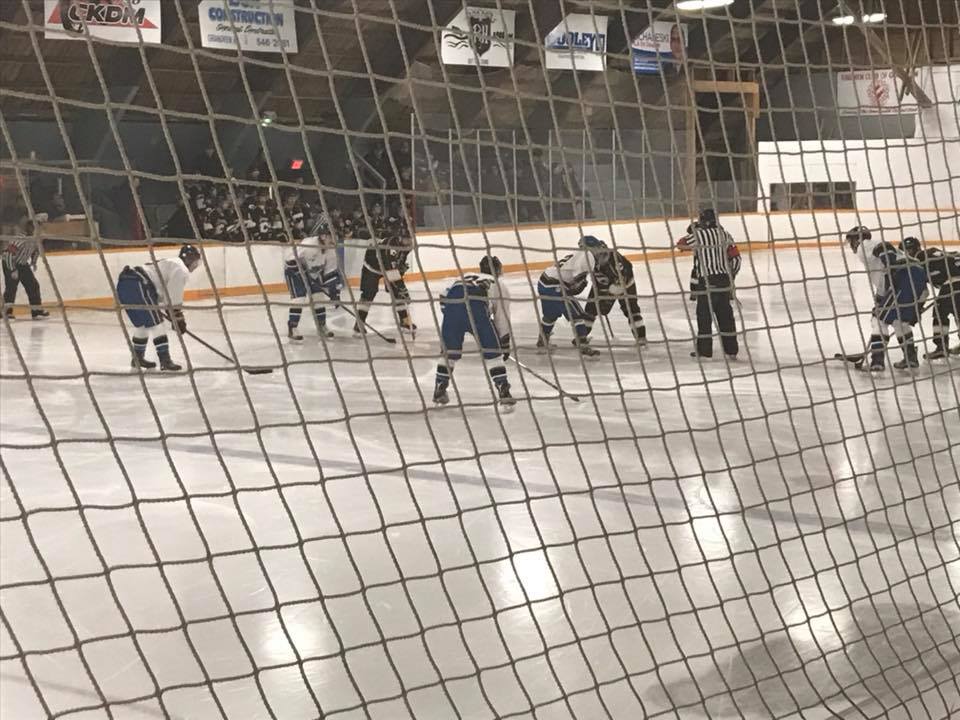 The Grandview Comets took a few minutes to get going, but once they did they crushed the Foxwarren Falcons last night, to open up their first-round playoff matchup, 8-0.

Playing in game action for the first time in nearly two weeks, the Comets didn't start as sharp as they hoped, but when they eventually scored, they scored often, en route to the dominating win.

The Comets will look to take a stranglehold 2-0 lead, on Sunday, when the series shifts to Foxwarren.

Game three will be back in Grandview, on Wednesday night.

Baker and Hale-Menard at Provincials 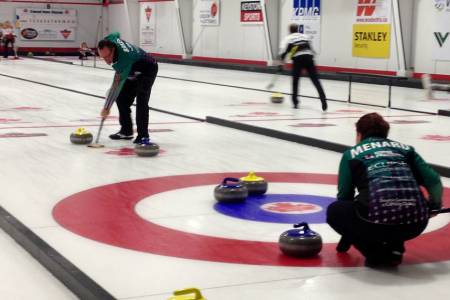 The quest to become a Provincial Champion will kick off this afternoon for Dauphin's Ray Baker and Lisa Hale-Menard.

The duo will compete in the Manitoba Mixed Doubles Provincials at the Deer Lodge Curling Club in Winnipeg.

"It's mixed doubles, so you really never know what's going to happen," said Baker.  "But, our expectations for the Championships are pretty high.  We have a pretty reasonable shot at this.  Everyone at this tournament is really good, so it's going to be fun."

This weekend's bonspiel is one of what has been a busy season already for the duo from Dauphin.  Earlier this season they took part in the Canad Inns Mixed Doubles Classic in Winnipeg, and also several mixed doubles tournaments in Europe.

"We know we can play with everyone at this tournament," said Baker.  "It's just a question of when we get on the ice if we're playing well.  There's definitely no one in this field that scares us, so we're hoping to have a great weekend."

Lisa and Ray play their first game at 3:00 this afternoon, against Anderson/Olafson. 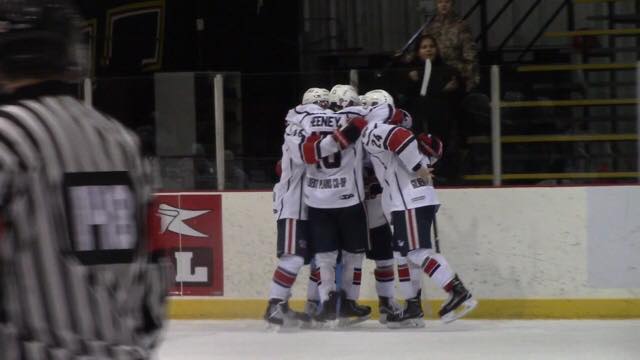 One week after their biggest win of the season, the Dauphin Kings will once again play the Steinbach Pistons, this time on home ice at Credit Union Place.

Last Saturday, the Kings beat the Pistons at the T.G. Smith Centre in Steinbach 4-3 in overtime.

"We need to do much of the same thing we did in that game," said Mitch Giguere, Interim Head Coach and GM of the Kings. "Steinbach is a fast team, and they have a good transition game, so we have to find a way to stop them from doing that. We need to win the battles on the walls and just outwork them."

Tomorrow's meeting will be the fifth of six between the two teams, and so far the Pistons are 3-1 against the Kings this season.

In the past two games, the Kings have scored eight goals, four against Steinbach, and four this past Wednesday against OCN.

"We're starting to use more of our speed," said Giguere. "We're getting some passes behind the defenders, and our forecheck is getting better. We need to do the same thing tomorrow. But, we have to start playing in the defensive zone, and once we do that we can look at producing some offence like we have the last couple of games."

"Players are coming to the rink every day, and working really hard," said Giguere. "Everyone wants to learn, and they're happy they get to play hockey, so we're going to build off that."

Don't forget, you can pick up your Dauphin Kings season tickets for next year right now!

The puck drops tomorrow night at 7:30.

The Bantam women's Grand Plains Ice Dogs are back on the ice tonight in game two of their best of three series against Souris.

The Ice Dogs lost game one of the series earlier this week, 3-2 in Souris.

The game tonight is at the GACC and goes right before the Grandview Comets game.

"It's going to be really good hockey, you'll definitely be on the edge of your seat," said Gamache. "We have players from all over the Parkland, and they really love when fans come out and support." 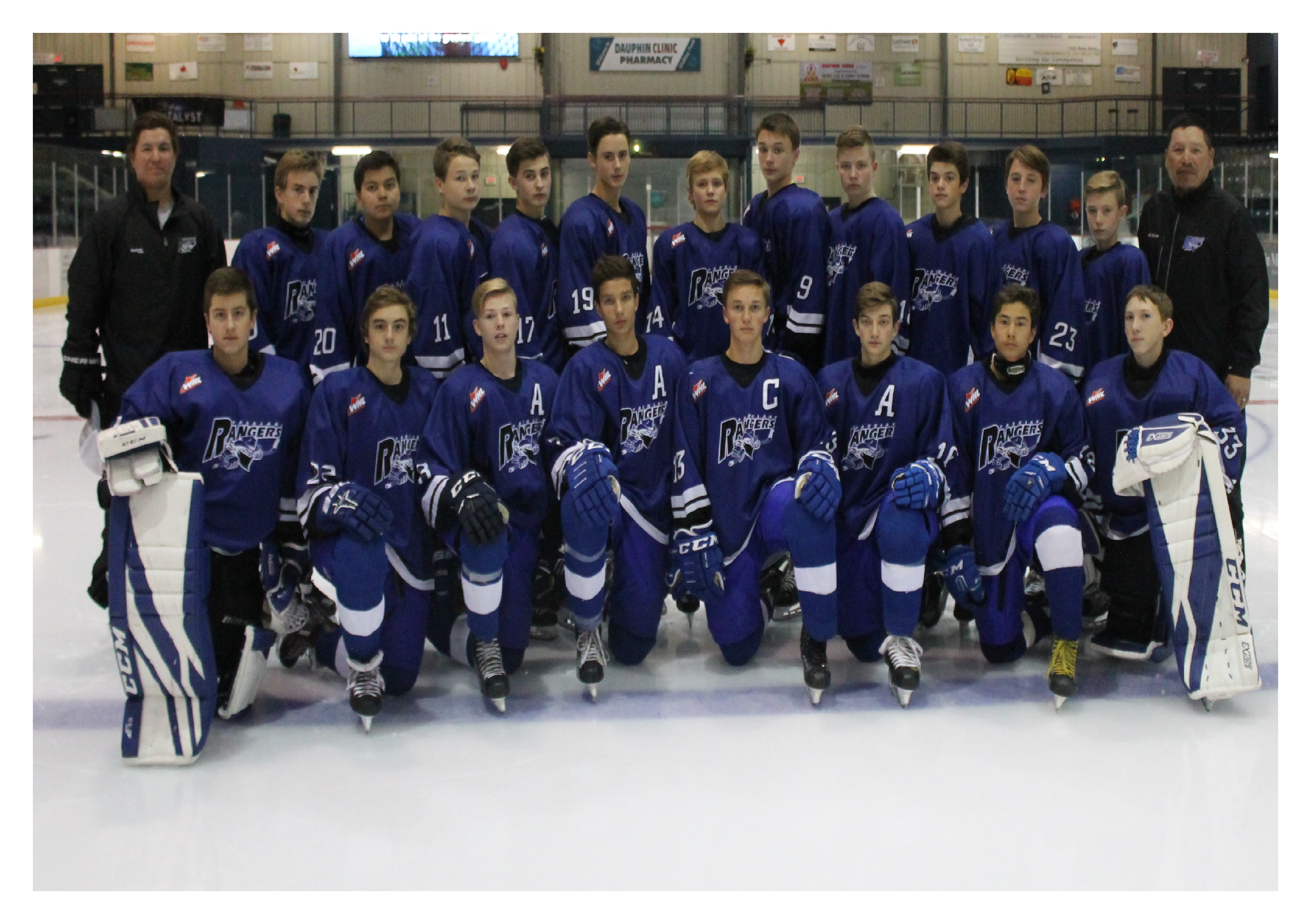 The Bantam Parkland Rangers will head into their final regular season game this Sunday, as one of the hottest teams in the province.

The Rangers are 21-12-2 this season, but have been red-hot as of late, winning five straight games.  On top of their current five-game winning streak, the Rangers are 12-2 in 2018, and went into the Christmas break with seven-straight wins.

This Sunday's game is set for 1:30, in McCreary, against the Winnipeg Hawks.

After this weekend's regular season finale, the Rangers will be in Provincial Championship preparation mode.  This year, the Championships are held in Killarney, from February 23-25.

One of the reasons for the Rangers success this year is their offensive skill, and Tyson Zimmer most notably.  Zimmer has 66 points in 33 games, 36 of which are goals.  DJ Taylor-Luke, Jayden Jubenvill, Trey Sauder, Josh Thompson, and Wyatt Tweet, all have at least 30 points this season, and all of them will be heading to the Manitoba Winter Games in Thompson.

Between the pipes, it's the Keaton Ziprick show.  In 29 games, Ziprick is 18-3, and has two shutouts to his name.  Ziprick will also be heading to Thompson for the Manitoba Winter Games.

Stay tuned here, to 730CKDM, to see how the Bantam Rangers do the rest of the season. 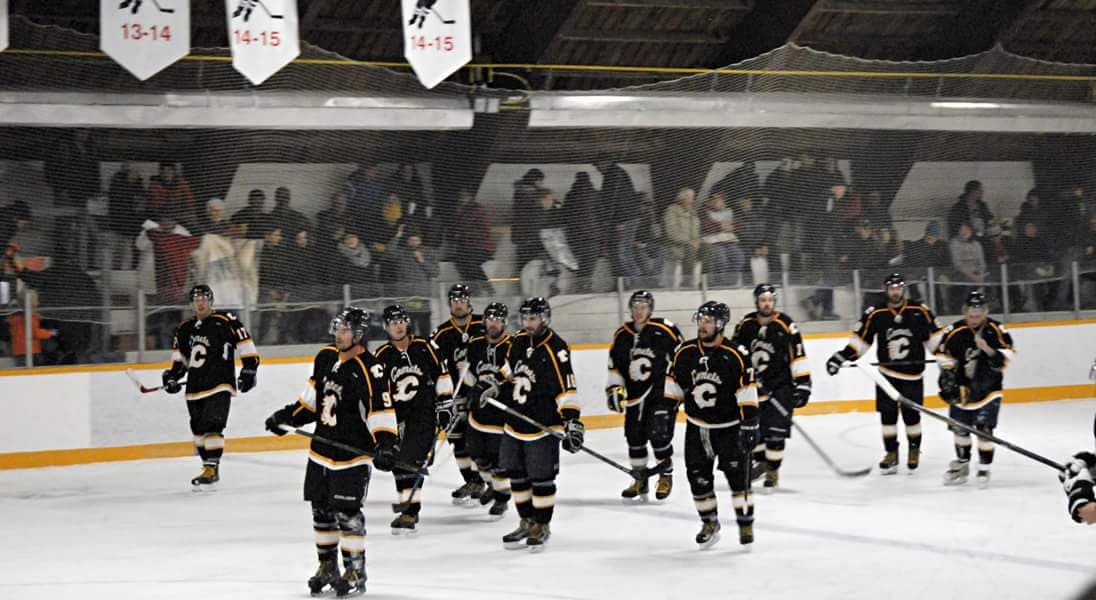 You can throw the regular season stats out the window, as playoff hockey has arrived for the Grandview Comets, as they are set to open up their postseason on home ice, tonight, against the Foxwarren Falcons.

The Comets beat the Falcons twice in the regular season, by a combined seven goals, and come into the game with two-straight wins.

Brad Potoroka and Kaine Morran come into the game with hot sticks, as they both had 22 points in the regular season, while Regan Hedley had 21.

After tonight, the series will shift to Foxwarren on Sunday, and be back in Grandview next Wednesday.

All the action tonight kicks off at 8:45, at the GACC.