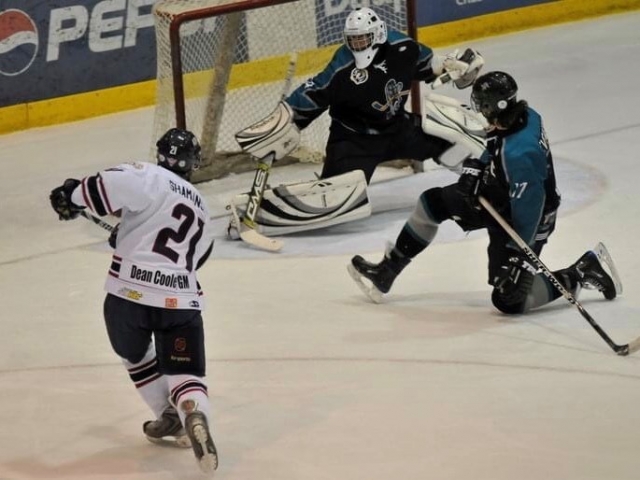 Many would consider the 2010 Dauphin Kings as the best team in the organization's history. It was a team that included plenty of local talent including Shane Luke and Dallas Drysdale, just to name a couple, and it also included Steven Shamanski.

From Carberry, Steven joined the program in the 2007-08 season after three seasons with the Southwest U18 Cougars. Coming in as an 18-year-old, it was the first time that Shamanski moved out so it was a new experience for him, but Dauphin welcomed the young man with open arms.

"The rink was only a few years old and it's state of the art, it was awesome playing in it," said Shamanski. "The fan support was tremendous and we always had a pretty good team. It's a big hockey community and they loved us being around so it was a great atmosphere to be around."

And now we look at the 2009-10 season, one of pure dominance for the home team. Dauphin dominated from start to finish as they won 50 games, 14 more than any other team in the league. The team's 101 points won them the Sherwood Division by a whopping 21 points and their 296 goals were 43 more than anyone else. Steven had 71 points in that season -- 19 of which were goals -- as he was 12th in league scoring.

"We had such a great mix of players. We had a ton of guys that had WHL experience and of course, those local players that dominated," said Shamanski. "We all came together, we were extremely talented, and we had one common goal."

Dauphin would steamroll in the first round of the playoffs against Neepawa with four straight wins and they followed that up with a five-game series win against Swan Valley in their semifinal. Playing the 36 win Winnipeg Saints in the league final, Dauphin had no problems at all as they swept the Saints to win the Turnbull Trophy. 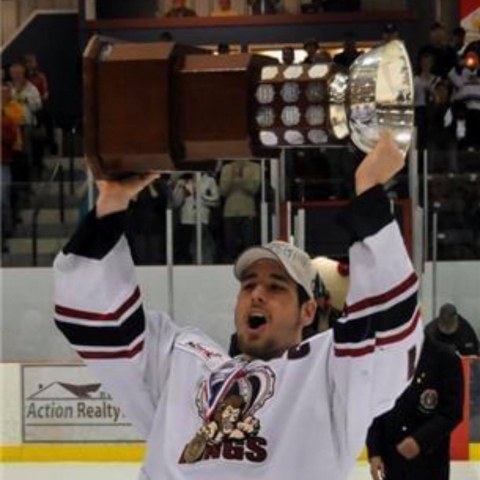 Winning the MJHL title advanced Dauphin to the Anavet Cup as they went up against the La Ronge Ice Wolves. The Ice Wolves were a surprise to win the SJHL as they finished fourth in the Itech Division and seventh in the overall league standings. After winning the Credit Union Cup, La Ronge started the Anavet Cup off perfectly with a 5-3 win in game one at the Mel Hegland Uniplex.

Following a bounce-back win in game two by the Kings, the series switched venues as Dauphin played host to games three, four, and five. As Dauphin made the trip back home, they faced some adversity heading into game three as the entire team got food poisoning after game two.

"It definitely wasn't the best part about the series, but it probably provides the best story," said Shamanski with a chuckle.

Dauphin would score 15 goals in the next three games in front of their home crowd as they hoisted the Anavet Cup inside of Credit Union Place and Mitch Czibere was named the most valuable player of the series. Shamanski; meanwhile, recorded five points in the series.

Dauphin was the host team as they welcomed the Brockville Braves, La Ronge Ice Wolves, Oakville Blades, and Vernon Vipers to Credit Union Place for the national championship. Out of all the teams competing, Brockville had the most regular-season wins with 52 while Vernon had 51.

"We definitely had confidence and we knew we were a solid group," offered Shamanski on playing in the nationals. "With that said, we knew how strong our competitors were, we knew it was going to be an extremely tough battle."

After a 4-0 round-robin, Dauphin beat La Ronge, 6-2 in the semifinal. In the other semifinal, Vernon shutout Brockville, 2-0.

Dauphin beat Vernon on the opening day of the tournament in overtime, 6-5. In the finals, however, things didn't go Dauphin's way from start to finish. They were outplayed by the visiting team as they dropped an 8-1 decision in the finals and as a result, Dauphin finished as the second-best team in Canada in 2010.

Straight out of his days as a junior player with the Kings, Steven's impressive resume landed him a spot on the Providence Friars Division 1 team. In the 2010-11 season -- his first with Providence -- Shamanski was named to the NCAA Hockey East All-Academic team. In all, the former King played four seasons with Providence and he recorded 36 points, 11 of which were goals.

Following his 141 games with the Friars, Steven turned professional as he joined the Elmira Jackals of the ECHL for the 2014-15 season, one in which he played in the league's all-star game and he was named to the all-rookie team.

He also played six games in the American Hockey League that season combined between the Rochester Americans, Springfield Falcons, and Wilkes-Barre/Scranton Penguins. Ultimately, Steven's days as a competitive player came to a close after the 2014-2015 season, but not without a ton of memories including the celebration following a league championship and Anavet Cup title with Dauphin.