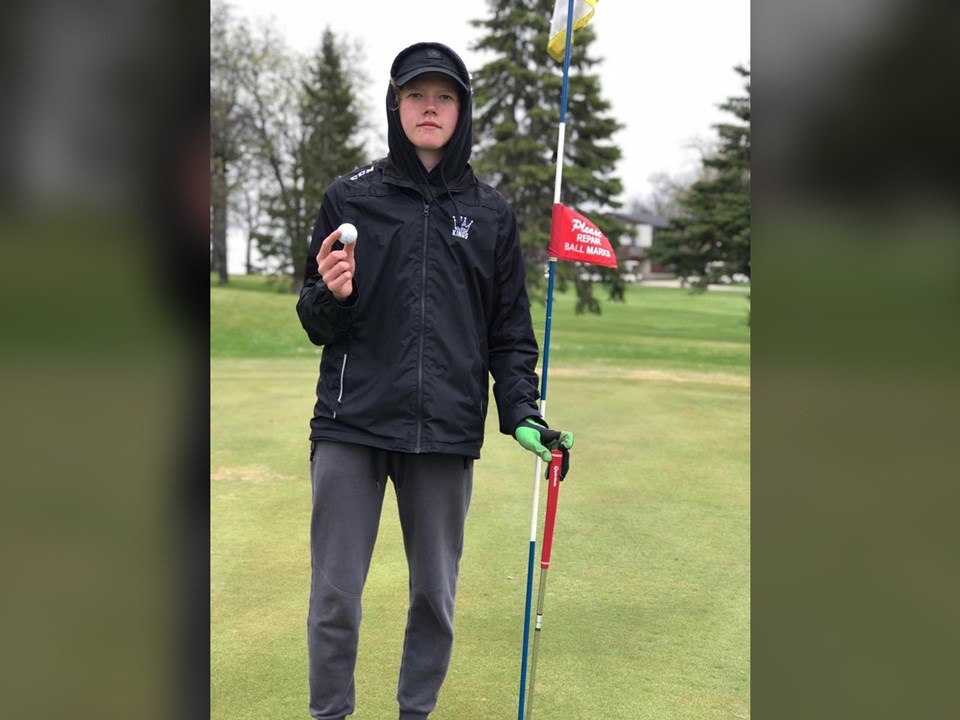 It was very windy this past Wednesday and that's something that all golfers have to get used to at some point. It's not ideal; however, it's a condition that comes with spending time outside.

Over at the Dauphin Lake Golf Club, Logan Chapman was out for another round as he continues to improve every round he plays. This round; however, will go down as an extra special one and one that the 15-year-old from Dauphin will certainly never forget.

The 9th hole is by no means an easy one. A long par-3, it was playing downwind on Wednesday and although it doesn't play as an easy hole, on this particular day and round, Logan made it look easy.

He struck his 8-iron very well and he knew it landed on the green, he just didn't know where. As he was driving up and approaching the green, Chapman realized it went in the hole as he recorded his first-ever hole-in-one.

"It feels really good to know that I got a hole-in-one," said Chapman. "I know there are so many great golfers that have an ace and it's a fantastic feeling that I'm a part of that club. It also gives me a lot of confidence, I know I'm not the greatest golfer, but I love doing it and I'm feeling better about my game."

Prior to the past two seasons, Logan didn't really take golf seriously. He has; however, hit the course three or four times per week for the past two years. As to why he enjoys golfing, that's a pretty simple answer for the Dauphinite.

"There's nothing to really worry about on the course, it's super calming," he concluded. "I just go out and have some fun with friends, it's a fantastic time."