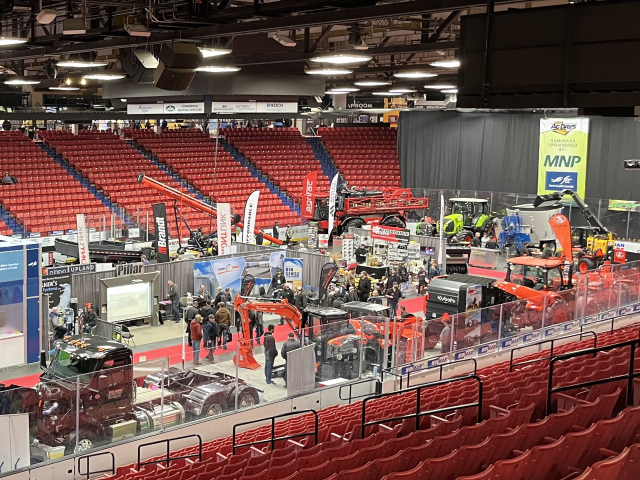 Manitoba Ag Days returned to the Keystone Centre in Brandon with a vengeance last week.

After years of having to hold virtual events because of the pandemic, Ag Days had a fully booked speaker lineup, all booths were sold out, and there was a waiting list. Media Coordinator Teresa Vallotton says it was really great to be back.

"We're very pleased with how the ag community really pulled together and showed up, it was an amazing year from the perspective of visitors and exhibitors. We had great comments of positive feedback all around, so it was a really, really positive way to kick off the 2023 growing season, and definitely where the ag year begins."

This year's event took a focus on farmer health, safety, and wellness, and part of that initiative was the sale of Ag Days merchandise for the first time ever. The proceeds go to the Manitoba Farmer Wellness Program, and Vallotton says it was well supported.

"We had a great response to the Manitoba Ag Days shirts being sold. There was always someone at the booth having questions or conversations, so I think it was a success from both points of view. Both in terms of the shirt sales and the conversations that were started."

Vallotton says another great cause being supported through the show was the Ag Days Gives Back Program. All the money raised by the 50/50 draw goes to community improvement grants and scholarships.

"The 50/50 was through the roof, I can't even say thank you enough for the support. We were at almost $70,000, and the support was phenomenal. We started Thursday with sales above what they had ended with in previous shows. So again, just amazing, thank you for all of that support, and our winner took home almost $35,000."

This year, the money was given to community fire departments around the province, and next year's category will be announced in September. The application process will open once the category is announced.