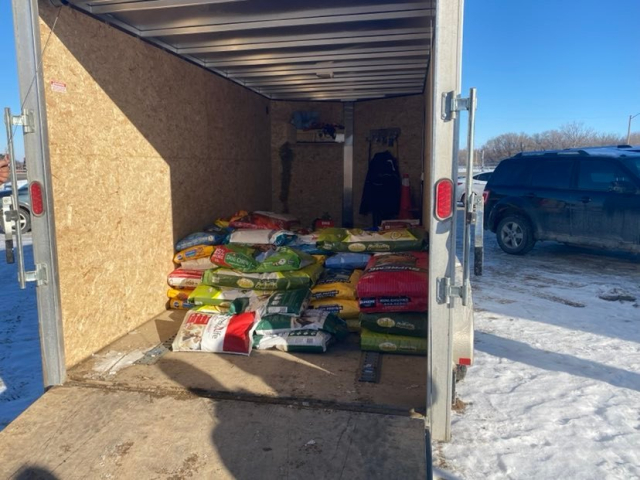 Just two months ago, Brian Onofreichuk once again started collecting dog food in memory of Adrian Gulay, a former RCMP officer based in Roblin. He took his life nine years ago so Brian, a great friend decided to start collecting dog food because Gulay was a big dog lover.

Then two months after he started collecting, Brian was at the Parkland Humane Society on Saturday afternoon to donate the food. The total donated was just about 3000 pounds.

Standing outside his trailer full of dog food, Onofreichuk says he was overwhelmed by the support.

"There has been so much incredible support," said Onofreichuk. "The generosity from everyone has been incredible."

The food will now be used to feed homeless dogs around the region. Ron Chartrand is the President of the Humane Society and he says the donation means a lot.

"It means that we can help a ton of animals around the region," said Chartrand. "To have Brian be able to pull together something like this, it's just incredible. We rely on the support from the public so we really can't thank him enough, it's amazing."