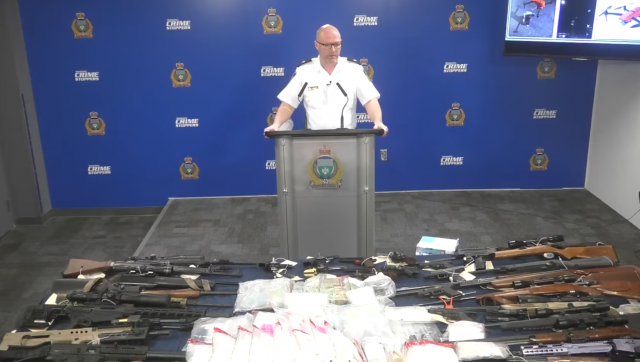 The Winnipeg Police Service has arrested 12 people in relation to an eight-month drug and firearm trafficking investigation. The investigation that started in May of 2021 was called Operation Phoenix and spanned across multiple provinces.

Two of the people arrested face charges of using drones to smuggle drugs into Stoney Mountain Penitentiary in Manitoba, and Collins Bay Institution in Ontario. The estimated value of contraband seized at Stoney Mountain was $700,000.

Sixteen search warrants were executed; four of them were in Winnipeg, three in Anola, Manitoba, two at Stony Mountain Penitentiary, four in Alberta, and three in the Greater Toronto Area. The

There were also numerous bank accounts that were frozen. The arrests were made in the first two weeks of December and six of the individuals have been charged so far while all 12 have been remanded into custody.