Hlady Continues To Impress Down South 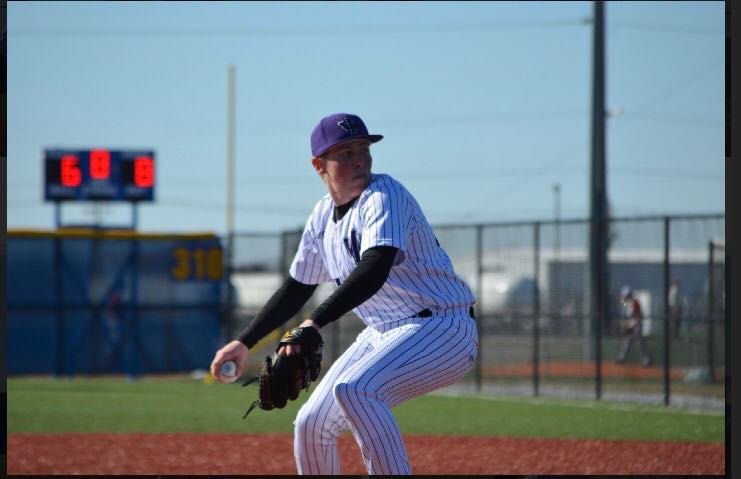 Dauphin's William Hlady is well into his first season of college baseball with the Iowa Wesleyan Tigers and it's going very well.

"Things are going pretty good," said Hlady. "The transition from Manitoba to out here was definitely different. Everyone's a lot bigger down here, and we use metal bats."

The 18-year-old Freshman has pitched in six games totalling 6.1 innings, and his 2.84 ERA is second on the team. Opponent's are batting just .208 against Hlady, and he's racked up four strikeouts while going 2-0.

"I'm just going up there and not looking to strikeout batters," said Hlady. "I'm looking for groundouts or flyballs. I'm just trying to make things as easy as possible for myself."

Despite playing Division III this year, Hlady has plans on moving up to Division II or I, and he knows the success he's had this year will help him.

"The success this year will definitely help me going forward," said Hlady. "I'm just getting more confidence as I go, and we have some great coaches that are teaching me a lot of new things, and how to be successful on the mound."

Playing ball in the states has not only given Hlady a chance to pitch against some of the top hitters around America, but the views are something he's also enjoying.

"The travelling aspect is a lot of fun," said Hlady. "We've been to St. Louis and Kentucky, so that's been really cool."

Hlady and the rest of the Tigers (6-7) continue their busy schedule tomorrow when they're in Illinois for a two-game trip against Blackburn College.

The club will be looking to get back on track during the set. They've lost six of their last seven games after starting the season with a 5-1 record. 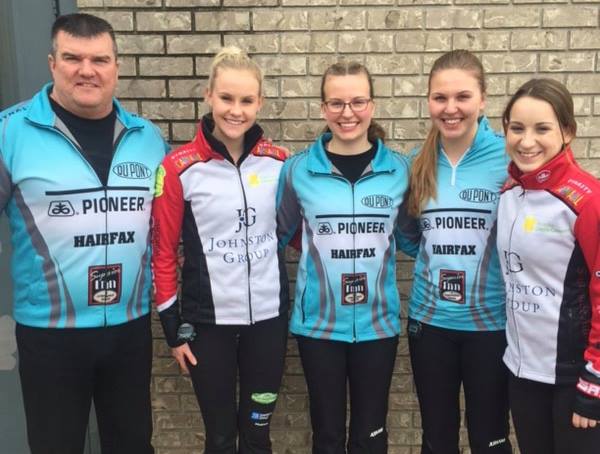 Prokopowich plays lead for a team from Winnipeg, and the foursome went 3-0 to earn the spot.

"I'm kind of overwhelmed," said Prokopowich. "We didn't really know what to expect heading into the qualifier. It's definitely a relief to get the spot so early."

The 2019 Canola Growers Junior Provincial Championships will be January 2-9, 2019 and will feature 16 women's teams from around the province.

"I'm super excited to play with this team at the competition," said Prokopowich. "We all just want to have fun, play our best and hopefully it works out."

The Championships are in Melita. 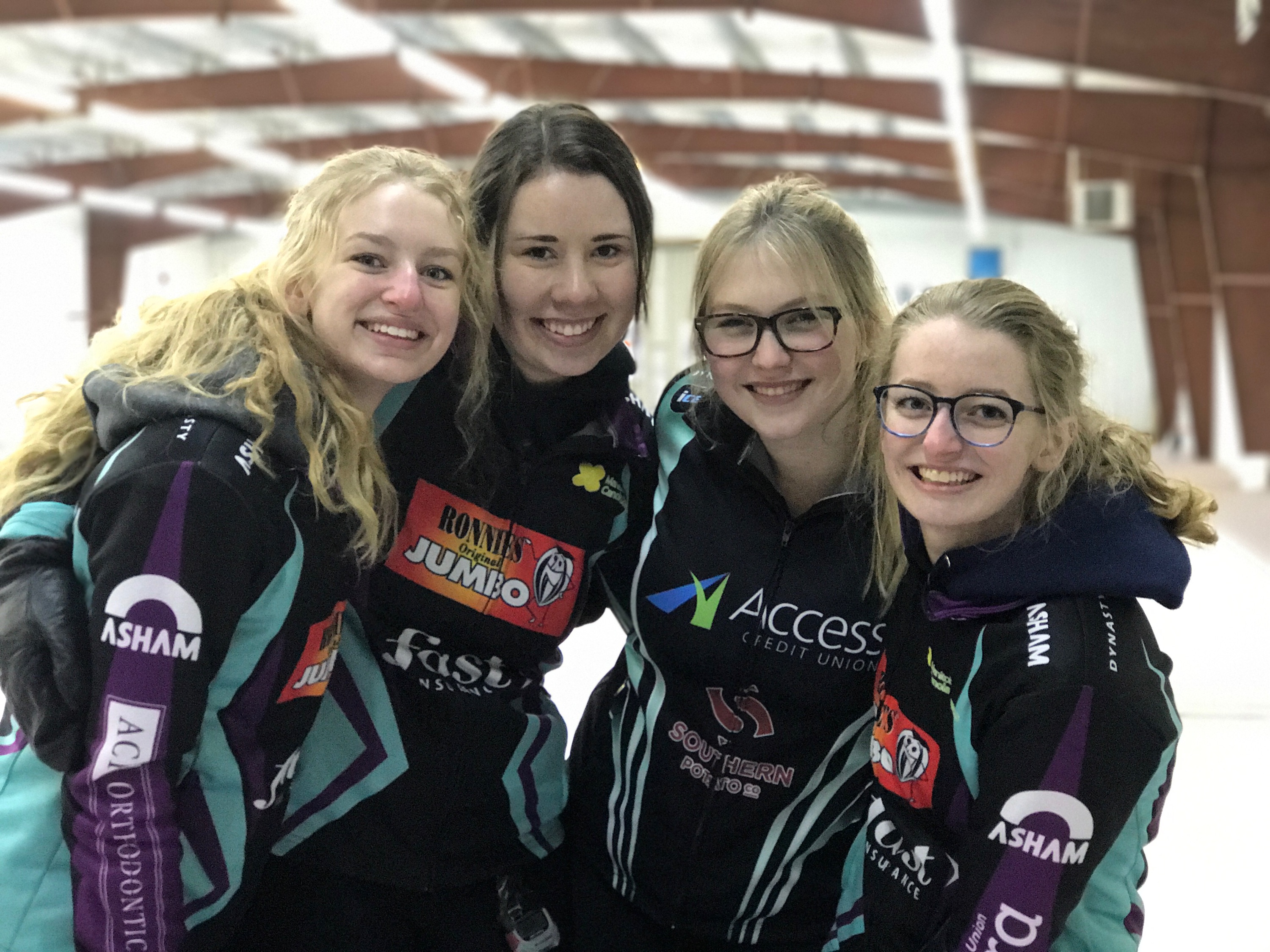 Dauphin's Hanne Jensen is heading back to the Canola Growers Junior Provincial Championships.

The foursome based out of Winnipeg lost their first game but rattled off three straight wins to earn the berth.

"It definitely means a lot to me and the team," said Jensen. "Winning the spot so early gives us so much more confidence going into next season."

With this curling season nearing an end, when the ice goes back in next September, the team will be going all out to prepare for the Championships.

"We're going to be practicing a bunch," said Jensen. "We'll also go in as many MJCT tournaments as we can, and we're playing in a league."

Jensen played on Team Brooke Friesen this past Championships and missed the playoffs by one game (4-3).

"The playing field is going to be very even this go around," said Jensen. "Even with all the tough competition out there, I have a feeling we're going to do very well this time."

Swan River's Rick Wowchuk is heading into the Manitoba Football Hall of Fame.

Wowchuk spent his coaching tenure with the Swan River Tigers of the Manitoba Rural Football League.

"I'm both honoured and humbled," said Wowchuk. "I look back and think off all the suppers and family time I missed, but I wouldn't change a thing. I had the passion, and I loved it and being inducted into the HOF is definitely a big honour for me."

Just eight other individuals will be introduced into the HOF on Wednesday, which includes former Chicago Bear Israel Idonije, and current CFL Commissioner Randy Ambrosie.

"It definitely came as a surprise," said Wowchuk. "Especially seeing all of the other inductees. When I found out, I was speechless."

Rick coached more than 32 years, several of which were very successful.

"We won five Provincial Championships in the 1990's, so that was definitely a highlight," said Wowchuk. "Then to see some of the kids move on and play at the next level. Those are memories that I will never forget."

On top of being introduced into the HOF on Wednesday, Wowchuk will join the rest of the Inductees in September in Winnipeg at the HOF Induction Ceremony. 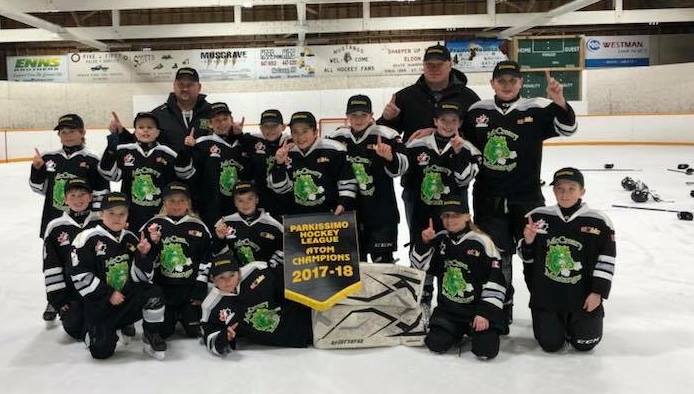 The McCreary Atom Mustangs capped off a wonderful two weeks with a League Championship yesterday.

The team completed their two-game sweep of Grand Plains with a 7-5 win and won game one, 6-3 to win the Parkissimo League.

"It's pretty exciting for everyone," said Syd Gower, Head Coach. "We haven't won the league ever so it was huge. They knew they had a job to do, and they came out and took care of business." 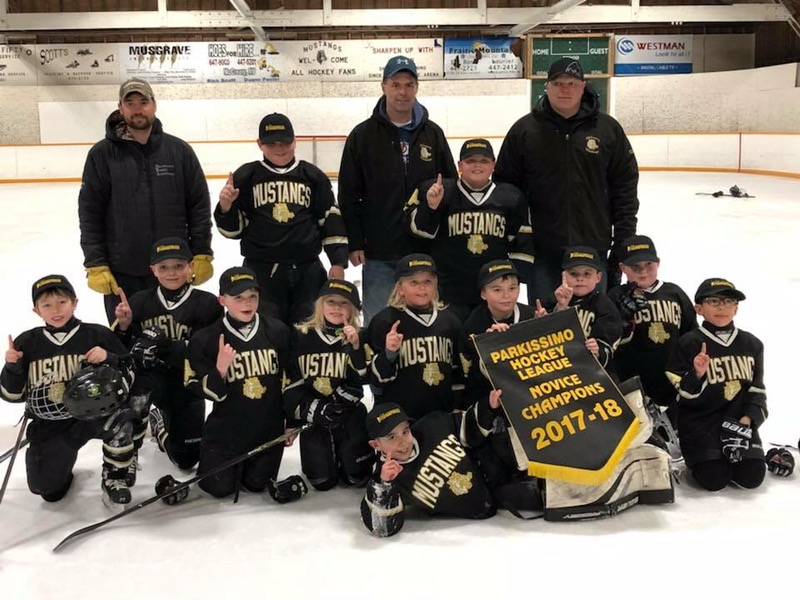 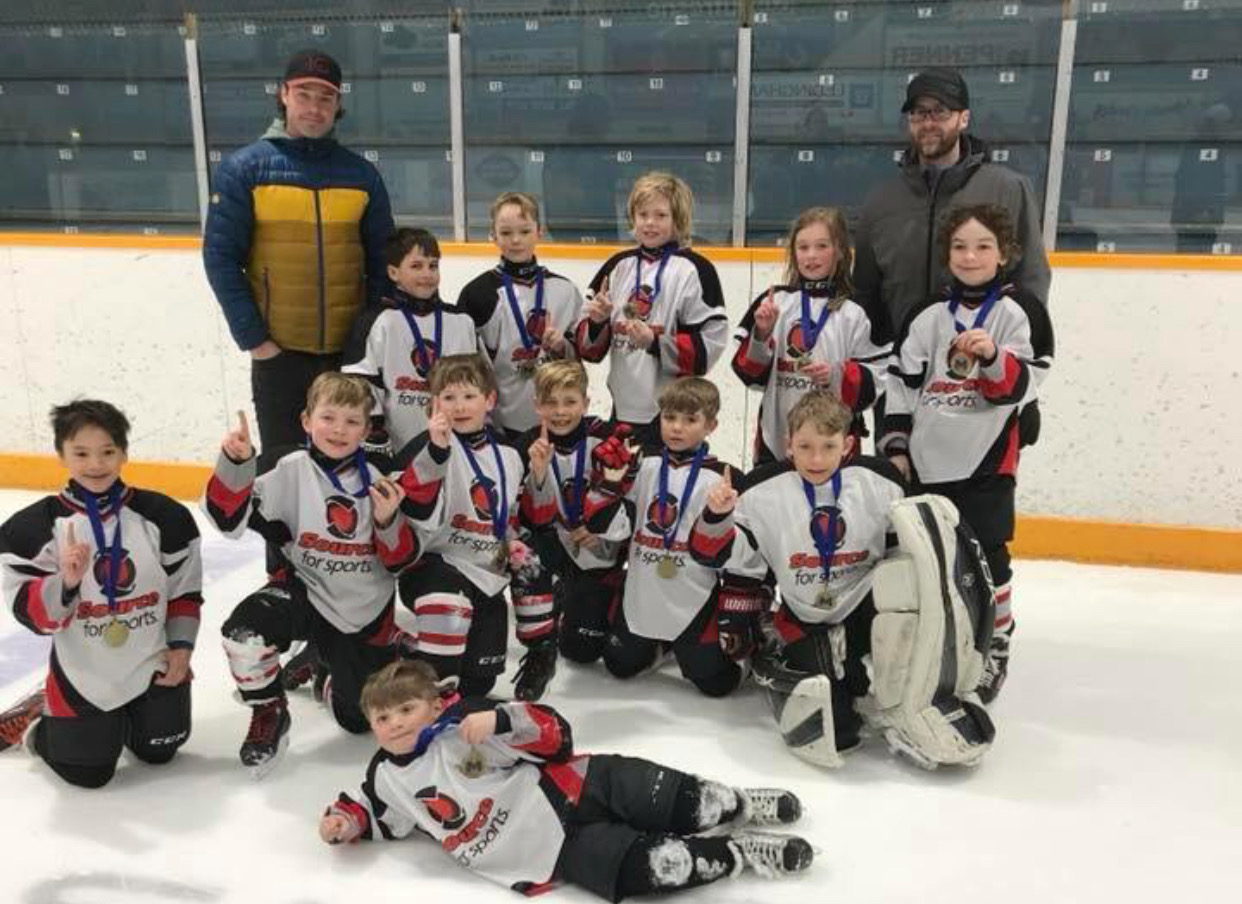 The Dauphin Novice Thunder are Champions.

They beat the Dauphin Junior Kings in the final of the Steinbach Spring Classic, 4-3.

Forrest Karlson lit it up with three goals, while Noah Hanneson scored the game-winner.

Noah Smigelski, Cody Love, and Brody Kaminski each scored for the Junior Kings. 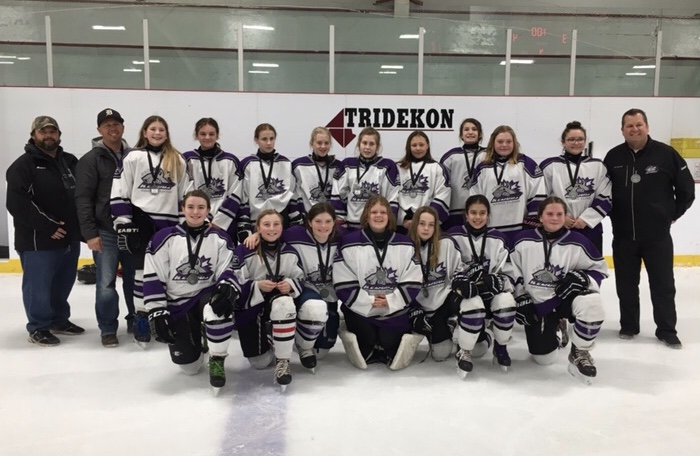 The Grand Plains Peewee Women’s Ice Dogs are coming back to the Parkland with a Silver Medal.

The team lost in overtime in the Gold Medal game earlier today, 4-3 against Elkhorn.

Trinity Fisk produced the bulk of the offence for the Ice Dogs scoring two goals, while Reese Boguski had one.

Earlier in the day in the semifinals, the team beat Pineview in overtime. 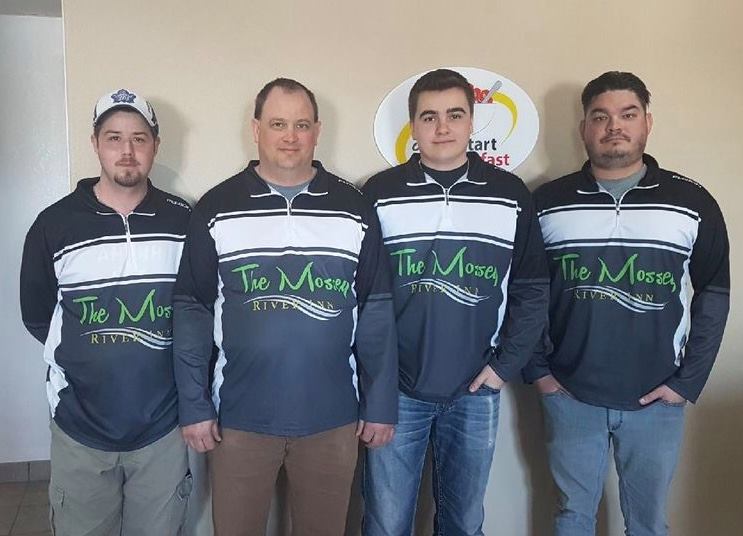 Dauphin's Kyle Forsyth and his curling team dropped their semifinal match this morning at the Travelers Championships in Carman.

The foursome's only points came in the fourth end.

Kyle Forsyth and his curling team are heading into the final four at the Travelers Curling Championships in Carman on fire.

They now play Team Wickman Sunday morning in the Semifinal.

The Grandview Comets are one win away from being Champions.

They beat Miniota-Elkhorn once again tonight, this time, 5-1.

Another Comet had a multi-goal game as Devron Jakeman potted two. Regan Hedley, Chris Porter, and Ryan Dreger each scored one.

The Comets will now look to win it all on Wednesday night when the two teams hook up at the Elkhorn Arena. 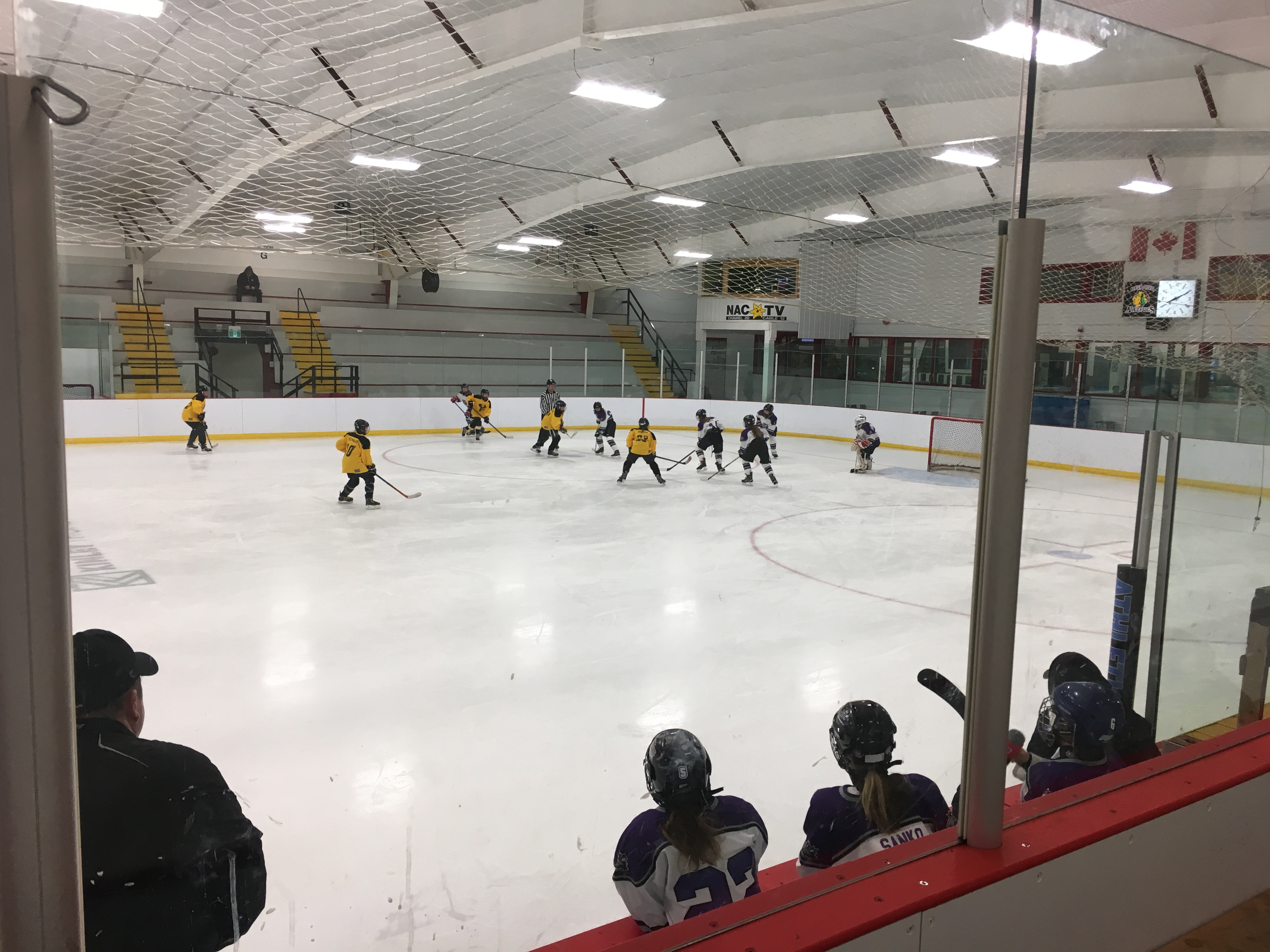 The Grand Plains Women's Ice Dogs are off to the Provincial Semifinals tomorrow.

The team beat Ile des Chenes, 4-2 earlier today to advance to the game.

Ashley Shiner scored 2 goals while Lauren Vaters and Allee Hrechka each added one.

Mya Kubrakovich was awarded the Player of the Game.

The team plays tomorrow morning at 8:30.