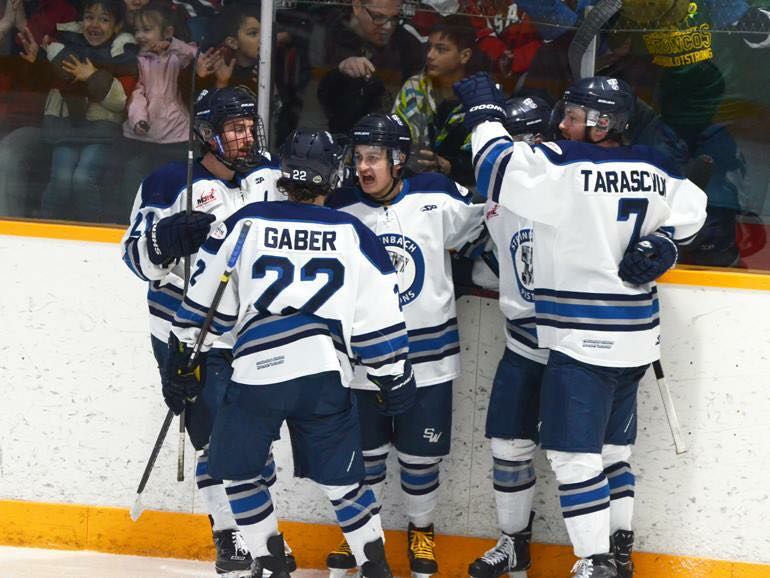 He was drafted in the third round- 40th overall by the Dubuque Fighting Saints.

"It's definitely humbling to be drafted into the league," said Gaber. "I didn't really have any expectations going in. I wasn't sure where I would get drafted, so I'm happy with it."

Riese knows playing at the best level possible is what's best for him before he heads to Western Michigan University, but he's not thinking about that just yet until after the RBC Cup.

"I definitely want to play at the highest level I can," said Gaber. "But, I still have this season to finish, so we'll see what happens when it finishes up."

The Fighting Saints play in the league's Eastern Conference, and just wrapped up the season with a 26-21-10-3 record in the regular season, before being eliminated early in the playoffs.

Players who played for the Saints and went on to play in the NHL include Zemgus Girgensons, Matt Benning, and most notably Johnny Gaudreau

Gaber will now put his focus back on the Steinbach Pistons as they leave Winnipeg on Friday for the RBC Cup in Chilliwack.