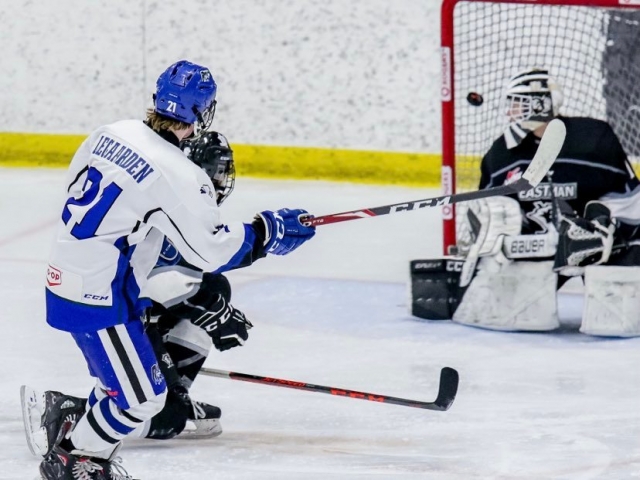 The Parkland U18 Rangers are in a position this season in which they haven't found themselves often in recent years and that's battling for a playoff spot in the top half of the league.

The club is currently tied for fifth place with the Southwest Cougars and they're just two points behind the Winnipeg Thrashers for fourth, which would give Parkland home-ice advantage in their first-round playoff series. Now the playoffs are still quite aways away, but it's safe to say that it is an exciting time to be a Ranger player and fan. At 16-11-3, Parkland is making it tough against the top teams in the league and in many cases are earning points against them.

Despite failing to earn a point this past weekend against the third-place Eastman Selects, the Rangers put together two good efforts and were one minute away from earning at least a point on Saturday night. Tyler Carefoot is pleased where the team is heading but he knows the group does have a few things to sharpen up on.

"The big thing with our group is finding that consistency," said Carefoot. "We've really been focusing on having energy and competing every single shift. In this league, if you take one or two shifts off, you're done, especially against the top teams."

Ahead of two games this weekend against the Winnipeg Bruins, the Rangers have added a local piece to their roster as Parker Boguski has committed to the team. The 17-year-old will quickly slot into the team's lineup. He started the season with the Clippers.

"He's going to add some depth and it's a neat little story, one conversation led to another," said Carefoot. "We gave him a weekend to decide and he came back and wanted to be a Parkland Ranger. We're excited to have Parker with us."

Parkland will; however, be without one of their young stars as Kyan Grouette remains with the Everett Silvertips of the Western Hockey League. The Dauphin product has scored once in three games with the WHL Club after they drafted him 153rd overall in 2020. Grouette was off to a great start with Parkland having scored 11 times to go along with 23 assists in 27 games. There is no timetable for his return.

"I've always said that there is no reason why guys have to go out of the region to get noticed and Kyan has shown that," ended Carefoot. "He is a tireless worker and he's earned everything he has been given. It was great to see him score that first goal.

Gametime at Credit Union Place on Friday is set for 7:30 and the two teams meet again on Saturday at 1:30.