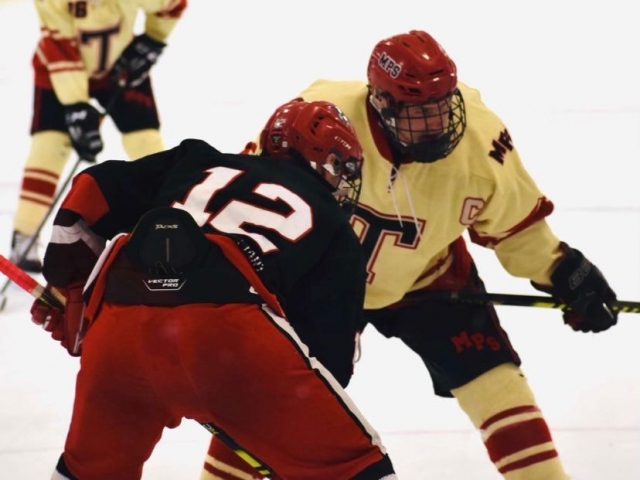 The Major Pratt Trojans high school hockey team will have to wait at least another week before going for their 15th win of the season.

The team hasn't played since December 22 when they scored five goals in the third period as they dispatched the Hamiota Huskies, 9-3. In six December games, the team scored 45 goals as their dominating season includes a 14-2 record. The Trojans 134 goals for is 23 more than any other team and the team has only given up 51 goals. They trail Vincent Massey by eight points; however, they do have seven games in hand.

The team's games are currently paused and they will not hit the ice until at least the middle of next week. Luke DeCorby is a grade 12 student and he's been the team's leader on and off the ice this season. A former Parkland U18 Ranger, DeCorby's great attitude is contagious on and off the ice.
"We we're all just excited to get back on the ice to play a full season," said DeCorby. "We're keeping it pretty light and we're a really tight group. It's been a great start to the season but we know there is a lot left to go."

Offensively this season, Luke has racked up four hat-tricks, the most in the Westman High School Hockey League and he's also on top of the league's scoring race. In just 14 regular-season games, DeCorby has scored 19 goals and his 24 assists give him 43 points. That's four more than Ryan Benson who is second in league scoring and Luke also has two games in hand.

In one preseason game, DeCorby also scored three goals and had five assists.

"I just try to have fun out on the ice and I think that just helps me be more successful," said DeCorby. "I have a great group of teammates and I wouldn't be able to have the success I am without them."

Bo Tibbatts, also of Major Pratt, has 14 goals and 16 assists this season as the Trojans wait to get back on the ice to continue a season in which they believe something special could happen.

"We're a confident team and we have a great coaching staff," said DeCorby. "We need to continue to get better every day and we'll see how it ends up."