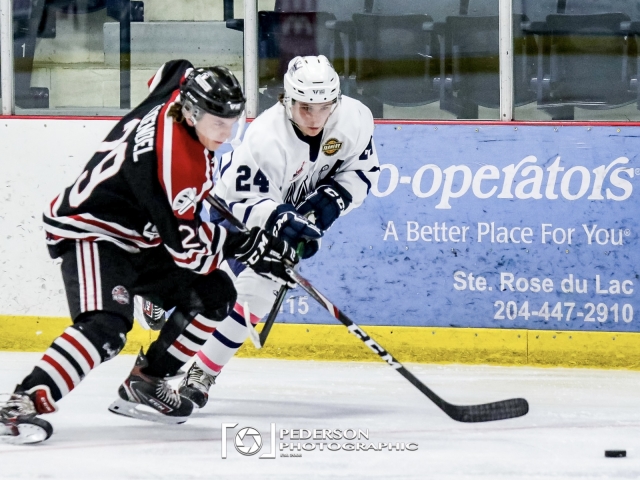 The Dauphin Kings hit the road on Saturday as they look to rebound from their first home loss of the season.

24 hours after a 6-4 defeat against the Virden Oil Capitals, Dauphin will play the Oil Capitals once again on Saturday, this time with the venue being Credit Union Place.

Dauphin started started strong on Friday and held a 3-1 lead but struggles in the second period held the team back from extending their win streak to six games.

Brayden Dube enters Saturday's contest red hot as he's scored a goal in three straight games, with four total and he has six points over the course of the past three games.

Colby Jaquet also extended his point streak to six games on Friday and he now has 13 points -- four of which are goals -- in his past six contests.

If Dauphin hopes to have success on Saturday night, they'll have to do a better job containing Braden Fischer. He's recorded at least one point in every game this season and he has 22 total. He had three assists on Friday and Carson Buydens had two goals and one assist. Buydens has committed to play Division 1 hockey at Princeton University.

Dauphin enters the game at 8-3 and are two points behind Waywayseecappo for first place in the West Division while Virden is five points back of Dauphin with their 5-5-1 record.

Dauphin is 3-2 away from Credit Union Place this season while Virden is 3-2 when playing at Tundra Oil & Gas Place.

You can hear tonight's game with Darnell Duff on 730CKDM, following the conclusion of the Winnipeg Blue Bombers game. After Saturday's game, the two teams won't meet again until January 21 when the two clubs will play eachother four times in a nine day span.