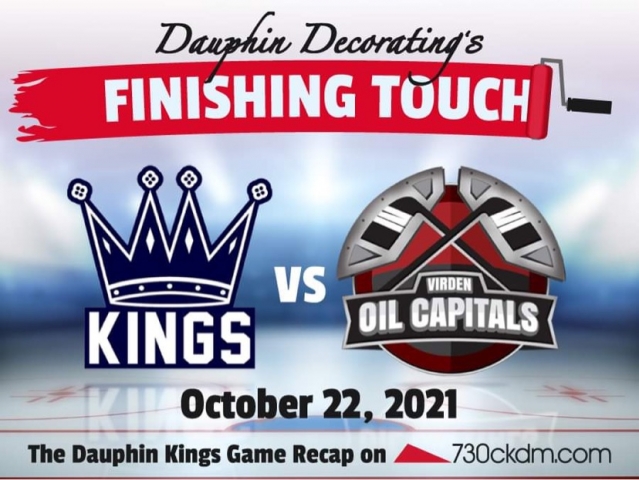 A streak that was extended to five games with last Saturday's win has now been snapped.

A strong second period from the Virden Oil Capitals proved to be the difference as Virden came into Credit Union Place and they're driving home with a 6-4 win.

It was a dream start for Dauphin as it took just 39 seconds for the team to score as Brayden Dube scored his sixth goal of the season as Dauphin took a 1-0 lead.

But it wouldn't last as Colin Cook responded for Virden just less than seven minutes later but this time, Dauphin responded. With 4:09 left in the opening frame, Parker Fofonoff got the monkey off his back as he scored his first goal of the season and it was one that gave Dauphin a 2-1 lead after 20 minutes.

Dube would give Dauphin a 3-1 lead just 31 seconds into the second period but that would end up sparking the Oil Capitals. Dylan Halliday, Carson Buydens, and Bryden Kiesman would score goals for Virden as they scored three straight to take a 4-3 lead into the third period. And just 46 seconds into the third, Tyler Thoendel gave Virden a 5-3 lead.

Parker Malchuk cut into that lead with a power play goal of his own with just more than seven minutes left in the game. In the end, that's as close as Dauphin would get as Buydens scored his second of the game with less than three minutes left as Virden locked down two points with a solid 6-4 road win.

With the loss, Dauphin now drops to 8-3 while Virden improved to 5-5-1. The two teams will return to Tundra Oil & Gas Place on Saturday for their fourth meeting.

You can hear part of Saturday's game here on 730CKDM with Darnell Duff. He will join the game in progress after the Blue Bombers game against the Lions.