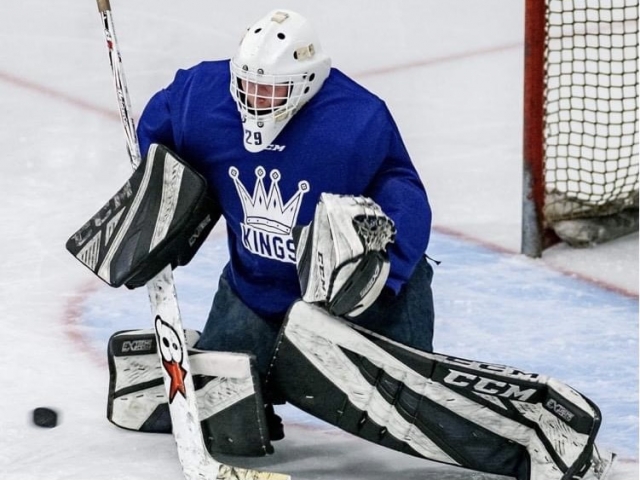 It's been 320 days since the Dauphin Kings last played a regular season game and that total won't reach 321 before they hit the ice again. Dauphin opens the 2021-22 season on Friday night against the Neepawa Titans at the Yellowhead Centre.

It's the first of 54 games for the team and the first of 26 road games. Ahead of the game, Dauphin announced their leaders for the upcoming season as Parker Malchuk will serve as the team's captain. Cordell Coleman, Colby Jaquet, and Kaden Bryant will be the team's assistant captains.

This year's team also features some Parkland flavour. On top of Hrechka of Dauphin returning, Jayden Jubenvill of Gilbert Plains is on the opening day roster as is Hayden Lacquette of Dauphin. All three Dauphinites are graduates of the Parkland Rangers program.

15 of the players on the current roster -- which will still get cut down -- are rookies to the MJHL the remaining 11 have played MJHL games in the past. Doug Hedley returns as head coach and general manager and he says opening day is always a special day, especially after last season.

"It's a long time coming. It was a real tough situation with the past year and a half, so many players lost out on their development," said Hedley. "The players are excited. We have a little bit of a younger team but we have a lot of speed and we fully expect to be highly competitive."

Change. That's the word being used when referring to the culture in Neepawa. On paper, Neepawa will enter the game with more experience as 14 of their players have played junior games in the past while 12 are rookies. One of the team's main returning players is Jaegar Lapointe who is ready for his second full season with Neepawa while Brayden Kohlman of McCreary has also cracked the opening day roster.

In a preseason conversation with the league, Ken Pearson said fans should be excited about many players on this team, including Emerik Demers. From St-Pierre, Quebec, Demers has been impressive so far between the pipes and could be relied upon heavily this season.

Ahead of the game, Hedley is expecting a tough test from the newly named Titans.

"One of Ken's main goals since taking over has been to turn the program around," ended Hedley. "It's going to be a good four-game stint to start the season, we're looking forward to it."

You can hear Friday's game with Darnell Duff right here on 730CKDM beginning at 7:15 with the Parkland Source for Sports pregame show.