Neepawa Takes Round One 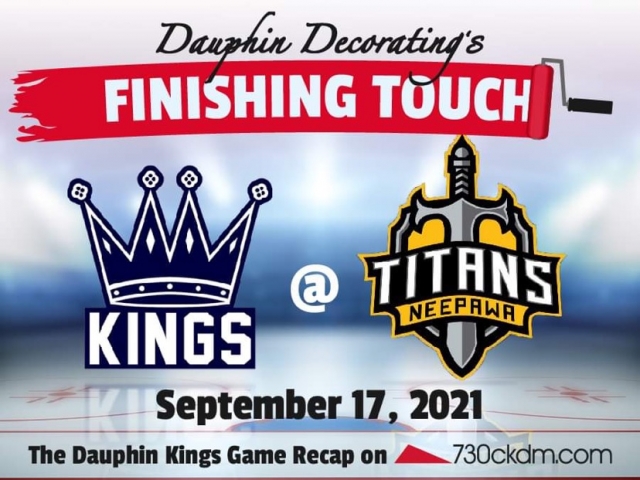 The Dauphin Kings struggled to create enough offensive chances on Friday night and as a result, they fell short in their first game of the season.

A two-goal second period fuelled Neepawa as they won their home opener, 3-1.

A Parker Korman goal had Neepawa up 1-0 after 20 minutes. But a great shot from Luke Morris saw Dauphin tie the game early in the second period.

Neepawa would take over offensively from that point as Rylan Gudnason gave Neepawa a 2-1 lead before Ste. Rose's Jaegar Lapointe put on a show.

The 20-year-old beat a King defender to get on a breakaway and went to the backhand to nicely tuck a shot past Keaton Woolsey. Neepawa led 3-1 after 20.

No goals were scored in the third despite a strong push from Dauphin. Neepawa improves to 1-0 while Dauphin is the opposite at 0-1.

The two teams return to Credit Union Place on Saturday to wrap up a weekend home-and-home. You can hear the game on 730CKDM with Darnell Duff beginning at 7:15 with the pregame show.