U-15 Women's Rangers Improve Early On 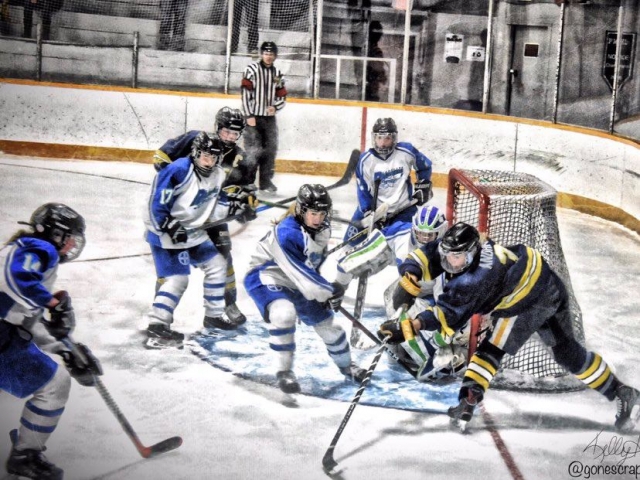 The Parkland U-15 Women's Rangers had a two-game day over the weekend at the GACC against the Yellowhead Chiefs.

In game one, the Chiefs were the only team to score in the first period and they took a two-goal lead with another marker early in the second. Reese Boguski kicked off the scoring for Parkland as she had a great offensive day as she cut the deficit in half with Tristyn Hanneson getting the assist.

Yellowhead would score one more goal to secure a 3-1 win. Caitlin Fillion was solid in net for Parkland.

Olivia Brown would play her first AAA game as the two teams hit the ice once again. The Grand Plain Ice Dog will play with the U-13 team this year, but she got the opportunity to play in this game as she's practiced with the program semi-regularly over the past couple of years. Adel Wiebe found herself on a breakaway in the first period and she made no mistake as she beat the Chiefs goaltender as the game was tied at one after the first period.

Yellowhead took over in the second as they scored three straight goals to take a 4-1 lead into the third period. Once again Reese Boguski stepped up offensively as she scored her second goal of the day. The Chiefs would end up scoring one more goal as they won 5-2 to complete a two-game sweep.

Craig Zamzow had this to say after the games.

"We served 24 minutes in minor penalties in game two, so balancing aggression and discipline will be an area for improvement for the club," he offered.

Parkland will play the Winnipeg East Saints and Winnipeg Titans this weekend in Winnipeg.