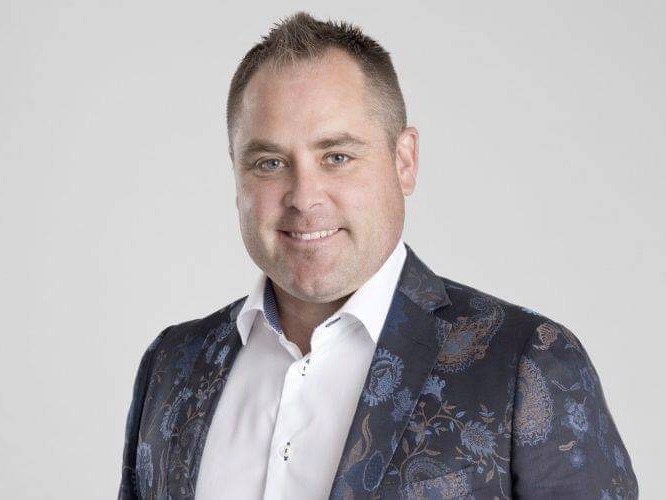 Jared Jacobson was born and raised in Brandon, Manitoba. He’s been a Wheat Kings fan for as long as he can remember and on Tuesday, October 15, Jacobson officially became the Owner and Governor of one of the most storied franchises in Canadian Hockey League history.

The vision of owning the Brandon Wheat Kings first came to Jared’s mind about 10 years ago when he was 30-years-old. Someone had approached him saying that he should go for it and that comment put things in motion. Jacobson approached McCrimmon and mentioned that if he was ever interested in selling, that he wanted to be in contention as a buyer.

The two have chatted every summer since and last March when the season was cut short due to the novel coronavirus, the conversations continued between the General Manager of the Vegas Golden Knights and Jacobson.

There were rumours around Brandon and the hockey world in the weeks that led up to the announcement and on September 8, the sale of the Wheat Kings was confirmed. Jacobson was set to become the newest Owner and Governor in the Western Hockey League.

“It was definitely a sigh of relief for me when the announcement was made official. Brandon is a small community. So it was hard to dodge all of the questions before I could say anything,” said Jacobson. “It was a weight off my back; it’s been an extremely exciting time. I’ve had the opportunity to have conversations with the team’s staff and go forward.”

The Brandon Minor Hockey Association has always been one of the best in Manitoba and Jared played in it throughout his minor hockey days before he took the next step. He tried out for the Wheat Kings and other WHL franchises, but he ultimately spent his junior days in the Manitoba Junior Hockey League.

In the 1997-1998 season, Jacobson scored 12 goals and added 10 assists with the Neepawa Natives. His 22 points were just outside the top 100 in the league that season. However; he did join the top 100 club the next season. His 42 points — 17 of which were goals — placed him in a tie for 59th in league scoring. Jared’s junior career ultimately came to a close the next season when he scored 15 times and added 31 assists with the Swan Valley Stampeders. The total was the fourth-highest on the Stampeders that season.

The last time the Brandon Wheat Kings played a game was on Saturday, March 7. Ben McCartney and Reid Perepeluk scored singles in that game for the Wheat Kings, a team that was playoff-bound.

The Wheat Kings won’t play another game until at least December 4. That’s when the league has announced that they plan to open the 2020-2021 regular season. With the ever-changing situation when it comes to the novel coronavirus, things are certainly up the air. The WHL has five American teams and there has been no word on when the borders will open up.

Besides its American teams, significant travel is required for all teams for a season to take place. So you may ask is Jared feeling the pressure of buying a team in the middle of a global pandemic? That answer is ‘no’ for the lifelong Wheat Kings fan.

“I think it’s a bit different, but I see this as a great opportunity. I think people will be more comfortable staying local and visiting family and friends closer to home,” offered Jacobson. “This will provide us with a great chance to really build our fan base and get more people inside of Westoba Place whether you have been to a game in the past or not.”

Jared is one of the most highly respected individuals in Brandon. He’s been actively involved in the third-generation family business from an early age. The J&G Group of Companies has grown to include 32 companies and Jacobson always values the relationships built with his customers.

As the summer slowly comes to a close ultimately bringing the golf season to an end, Jacobson has enjoyed his fair share of success on the links over the years. In 2014, he won the Grey Owl Tournament. It’s an event that’s played at the Clear Lake Golf Course in the Riding Mountain National Park and it welcomes elite golfers from across the country and even south of the border.

Jared has also won the Tamarack Tournament multiple times. That event is also played at the Clear Lake Golf Course.