Gilbert Plains, A Course For Everyone 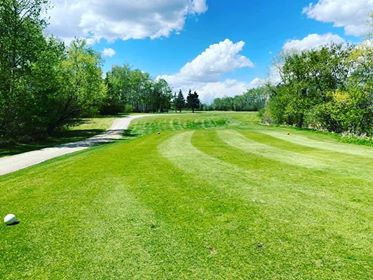 2020 has been a year of changes that were brought on by the coronavirus that dates back to March. When the sports world was shut down at that time, the question was when would things get back to normal?

However, those plans to continue the season at both courses came to a screeching halt last week at least for now. When Mother Nature pounded parts of the province with a crazy amount of rain, both Neepawa and Minnedosa were affected.

So much so that both courses are closed until further notice. If you hadn't already seen, this is what the Neepawa course looked like late last week.

"We certainly know how difficult a situation is like this and how hard the courses are working to get their tracks playable again," said Scott McCallum, General Manager at the Gilbert Plains Country Club. "Chad Facey brought up this idea and I thought it was great so we're running with it. I'm also glad that other courses in the area stepped up to do this as well."

Those courses include the Poplar Ridge Golf Course and McCreary. Scott adds that already members of Neepawa and Minnedosa played Gilbert Plains over the weekend.

"Yeah, that was great to see. We're just glad that they have a place to play," added McCallum.

It's now been more than two months since the game of golf was allowed in the province. Although things are different with no rakes in bunkers and modified pins, most notably, Gilbert Plains continues to not only be one of the best courses in the province, but they are also a very busy one at that.

"Our green fee traffic has certainly gone up. People are getting out, I think they feel that the golf course is a great place to get in some outdoor activity while still social distancing," commented McCallum. "We've been very busy so all is good."

McCallum also says they are seeing a lot of new people around the Club and he expects to remain busy. When it comes to tournaments in Gilbert Plains, they have set their Ladies Open for Saturday, July 25. You can call the Club at 548-3030 to register today.