CFL Focuses In On Winnipeg 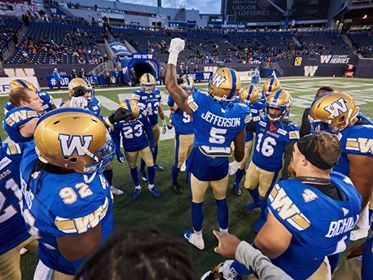 The 2020 Canadian Football League season truly is a big question mark. It's been confirmed that the earliest the season will begin is in September with a truncated schedule with the Grey Cup to be played in December.

The CFL has also brought up "Hub" cities in the past and now, it appears that Winnipeg is an option.

The league's focus for returning to play is Winnipeg as a hub city. It's been reported that there has yet to be a deal finalized and that there is a lot of hurdles to clear before a deal does come true.

Commissioner Randy Ambrosie has also said that cancelling the season is still a possibility.