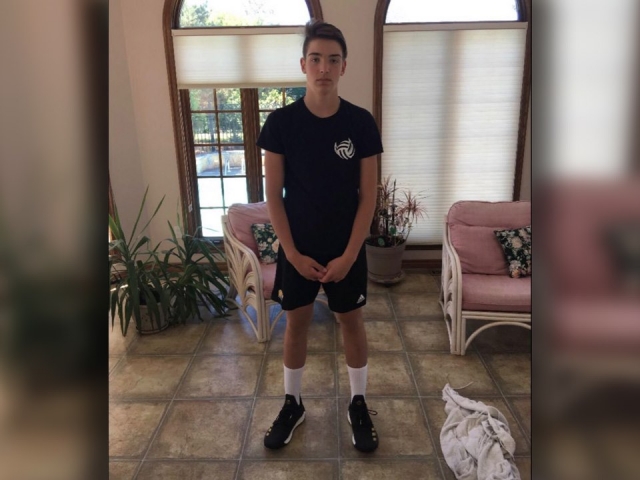 JJ Love has changed the way other teams defend on the volleyball court. A 6'6" setter, if he's in the front row, Love has the easy ability to finish off plays by himself if he decides not to set one of the team's hitters.

The Dauphin Clipper has played all three years of his high school days on the varsity team. Love was a driving force to the team advancing to the quarter-finals at the provincials championships this past season where they narrowly lost to Northlands Parkway, the team that won the third-place match.

For the first two years in high school, Love also played basketball, but he played on the junior varsity team. This past year when he entered grade 11 he joined the varsity team. With one more year to go at the DRCSS, it's been nothing but good times so far.

Over the past few years, Love has also had the chance to represent the province. He played in last summer's Western Canada Summer Games in Swift Current and he's also played in two Canada Cups in Halifax and Richmond, B.C. At the Summer Games, Love helped Manitoba advance to the gold medal game against Alberta.

"I'm very lucky to have played for Team Manitoba on multiple occasions, it truly is an honour," continued Love.

"I'm very honoured to have been named the athlete of the year," finished Love. "I know there were a lot of great recipients and anyone could have won. It means a lot to me."