Former King Moving On Up 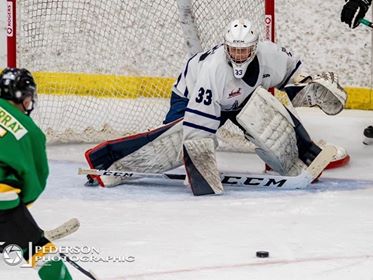 Levi Mitchell's stop in the City of Sunshine was short after he was picked up at the trade deadline in his final season of junior hockey. Although it was short, it was extremely memorable and it provided fans in Dauphin with one of the best goaltending performances in recent history.

Before we get to that, we'll talk about what led up to Mitchell absolutely stealing the show inside of Credit Union Place. Leading up to the playoffs, Mitchell went 12-4 with Dauphin as he sported a 2.75 goals-against average to go along with a .912 save percentage.

Between Dauphin and Selkirk, Mitchell had 24 wins throughout the 2019-2020 season, tied for the third-most across the Manitoba Junior Hockey League. He also played 2474 minutes, 202 more than Dorrin Luding who played the second-most in the league.

"I loved Dauphin so much, it was such a great place to end my junior hockey career," said Mitchell. "The community was so extremely supportive and I think we had a great team. We were definitely underrated and I believe we could have gone far." 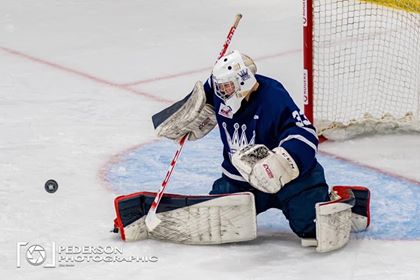 Down 2-0 in their best-of-seven series against Portage in the first round of the Turnbull Cup playoffs, Mitchell was a man on a mission and that mission was to bring the team back in the series and he did just that. Mitchell turned away all 43 shots he faced, many of which were of the highlight variety. 2:25 into the second-overtime, Division 1 commit Grady Hobbs sealed the game as he beat Noah Giesbrecht in front of the net.

"When I was driving to the rink, the only thing I was thinking that if we score first, we'll win the game," continued Mitchell. "I never thought we were out of it, I knew we could come back. After Grady scored, the locker room was so pumped, it was pretty special. It was an unfortunate ending with everything, but that was a game I don't think anyone on the team will ever forget."

Basically every 20-year-old player or goaltender has the goal of advancing to the next level after his junior days. Whether that be at the university level or college level, it's where most want to be. For some, it's not a reality, but for Levi, it was expected. It took a bit to decide; however, Mitchell officially now knows where he will continue his playing career and studies.

The former King has committed to the Salve Regina University (NCAA Division 3) team in time for the 2020-2021 season. Based in Newport, Rhole Island, Salve Regina went 14-11-1 last season (10-7-1) in conference play. Griffin Leonard and Garrett Szeremley, both of the Winkler Flyers this past season have also committed to join Mitchell in Newport.

"I had a lot of different opportunities to sort from and I was sort of weight pros and cons between them," continued Mitchell. "I feel that Newport is where I want to spend the next four years of my life while I continue playing the game I love and studying as well. It checked every box for me."

Mitchell will be joined between the pipes by Duncan Hughes. Mitchell and Hughes played briefly together in the Alberta Junior Hockey League with the Olds Grizzlys. Although Mitchell knows nothing is guaranteed in the hockey world, he does have confidence in himself and he's looking to prove himself to his new team beginning in the fall.

"It's my net to lose, I've been chatting with the coach and that's the case going in," concluded Mitchell. "With that being said, I know the best goalie will be playing, it's as simple as that. I'm also glad that I'll enter this next challenge with Duncan, we're familiar with each other and we're looking forward to pushing each other. It's a good combination."

Mitchell and Andrew Liwiski are currently working out in British Columbia planting trees that have been taken down.