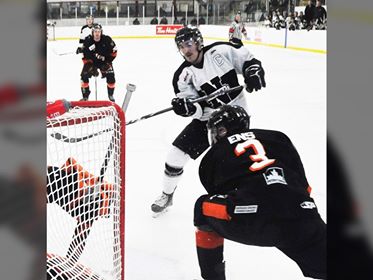 Brad Marshall won a provincial championship with the Parkland Bantam Rangers in the 2013-2014 season. Joining Reece Hopfner -- also from Ste. Rose -- on that team, the club won the rural title.

Marshall also was one of the offensive leaders on that team as he chalked up 50 points in 32 regular-season games. In the playoffs, Brad was a man on a mission and that mission was to continue producing and he sure did that. In just four games, he scored seven times and he added eight assists for a 15 point total.

The Ste. Rose native would then make the move up to the U18 team for the next season where he recorded 11 points in 41 games and Marshall was back to doing his thing offensively the next season.

Back with the U18 team in the 2015-2016 campaign, Marshall tickled the twine 24 times in the regular season and he added 21 assists. The 45 points were behind just Dustin Mozdzen of Alonsa and Riese Gaber of Gilbert Plains. 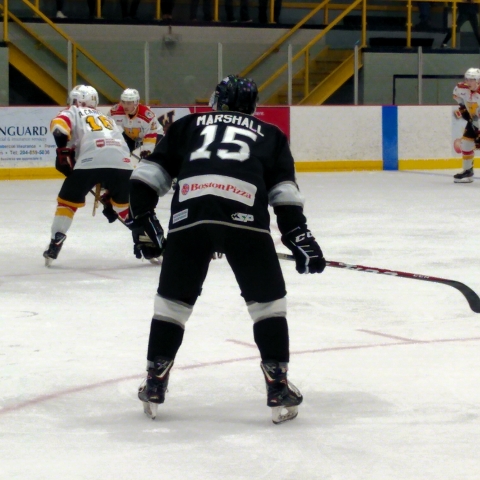 That was the next step for Marshall as he joined the Neepawa Natives of the Manitoba Junior Hockey League, a team he would play his entire junior career with.

Joining the team as a 17-year-old and playing through his 20-year-old season, Marshall suited up in 231 games.

He played in at least 54 regular-season games in all four seasons including a complete 60 games this past season as co-captain of the team.

During his tenure with the club, he scored 54 times and he had 57 assists.

"I'll never forget about my experience in Neepawa, I'll cherish it for my entire life," said Marshall. "The organization is all class, they take care of their players. I couldn't have asked for any more than what I had in Neepawa, it was tremendous."

Just like every 20-year-old playing junior hockey, things come to an end and in Marshall's case, his time in Neepawa did after a 60 game season. However, his hockey career isn't coming to an end any time soon.

From day one, the Ste. Rose native has had a goal of advancing to the next level and continuing his career past his junior days and he's done just that. Marshall has committed to play with the Selkirk College Saints of the British Columbia Intercollegiate Hockey League in time for the 2020-2021 season.

The Saints had seven wins this past season, good enough for fourth in the five-team league.

"I was really hoping that someone would give me a call and they gave me one and they were willing to give me a chance," continued Marshall. "I'm really fortunate to have been given this chance and I'm really looking forward to this. It should be another great experience."

Based in Castlegar, the opportunity to play hockey and continue his studies isn't the only thing the Ste. Rose native is looking forward to, he's also very excited to live outside the prairies for the first time in his life.

"I have some family out there and they're always sending me photos and it looks gorgeous," concluded Marshall. "It's going to be fantastic, I'm looking forward to everything."