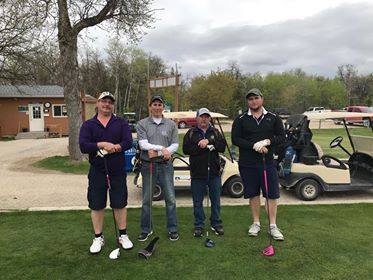 The Clear Lake Golf Course has the Tamarack Tournament every year while the Dauphin Lake Golf Club has the Gary Brandon Memorial presented by Home Hardware.

That's the comparison Ray Karlson used when comparing the two tournaments. The Tamarack is as big as it gets at the Clear Lake Golf Course while the Gary Brandon is the biggest men's tournament at the DLGC every year.

Because of this, many people are wondering when the tournament will tee-off in Dauphin and that's a good question and we now have some answers from Ray. This year's event has been postponed because of COVID-19; however, tournament organizers are very optimistic that this year's event will take place.

In memory of Gary who was the head pro and managed the Dauphin Lake Golf Club, the tournament welcomes nearly 100 golfers every year. The event was originally scheduled to take place from May 29-31. Karlson says they're looking for dates roughly a month from now.

"Restrictions in our province are starting to ease as the time goes on and that allows us to feed everyone and have our calcutta and all of that," said Karlson. "I would say things are looking up."

If this year's event does end up teeing it up, it'll mark the 12th anniversary of the tournament being called the Gary Brandon Memorial presented by Home Hardware.

A scholarship was created and last year, $4500 was given out.

For anyone that doesn't know, the tournament is a two-man best ball tournament. Every player is provided with three meals throughout the weekend and there is lots of entertainment.

Players will also have a better chance to make their entry fee back this year as Karlson says; however, no full details have been provided as of yet other than the prizes will be increased. No entry fee was provided either.

"This a tournament that so many people want and our goal is to run it this year," concluded Karlson. "It's also a great opportunity for us to be able to honour Gary."

Gary's brother-in-law also plays in the tournament every year and there's a toast before all of the action begins.