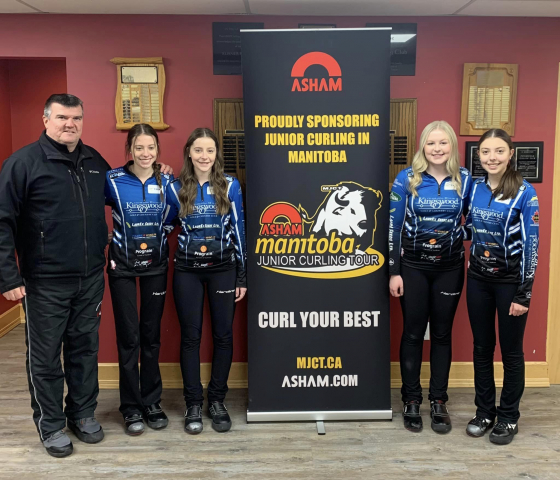 It was an incredible weekend on the pebbled ice for Team Zoey Terrick.

The foursome which includes Zoey, Jaycee Terrick, Jensen Letham, and Tessa Terrick, won the Kyle Flett Memorial Manitoba Junior Curling Tour event. They scored 19 points in three round-robin games as they finished atop their pool with a 3-0 record.

Up 2-1 after three ends in their semifinal against Team Ehnes, Team Terrick stole three straight points and ended up winning the game, 5-3. They then scored four points in the first end of the final against Team Maguet and they cruised the rest of the way in an 11-3 win.