Tough Weekend For U18 Rangers 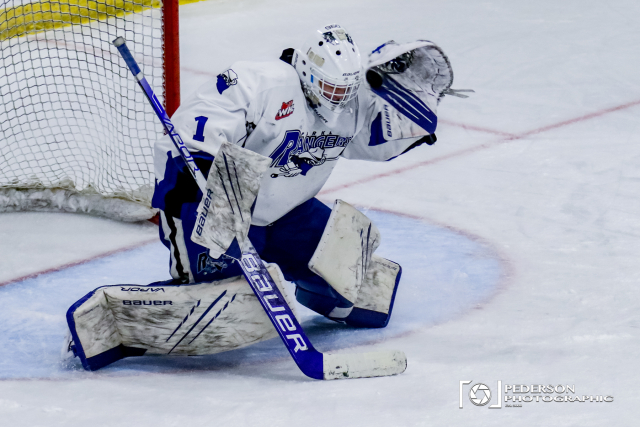 The Parkland U18 Rangers are coming home with just one point.

In Kenora for two games, the club earned a point on Saturday in an overtime loss; however, they were doubled up on Sunday in a 6-3 loss. On Saturday, Cade Legaarden led the way in a 5-4 overtime loss. Bo Eisner and Dru Mushumanski also scored for Parkland while Chase Glover made 32 saves.

On Sunday afternoon, Parkland trailed 3-2 after 20 minutes and 4-3 after 40 minutes, but they couldn't claw back. Madden Murray scored his 12th and 13th goals of the season in the defeat while Luke Myhre also scored for Parkland.

Parkland is now 3-13-1 on the season. The Rangers play a home and home next weekend with the Yellowhead Chiefs with Saturday's game being played in Russell.