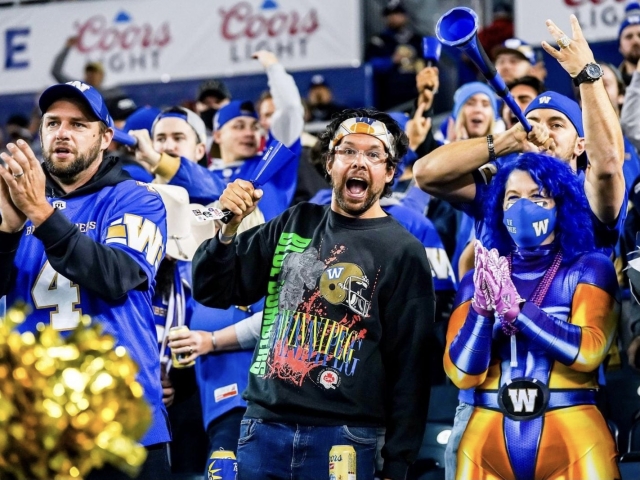 The Saskatchewan Roughriders survived a slugfest of a night to defeat the Calgary Stampeders 33-30 to advance to the Western Final.

Cody Fajardo survived a four-interception night and Brett Lauther hit a 34-yard field goal to put the game away, as the Riders advance to their second consecutive Western Final. They’ll face the Winnipeg Blue Bombers at IG Field on Dec. 5, to battle for a berth in the 108th Grey Cup.

Ed Gainey also had two interceptions for the Roughriders in the game and he's expected to play a big factor come Sunday. Buck Pierce is Winnipeg's offensive coordinator and he knows the Riders will be stingy on the defensive side of the ball.

"They're playing with confidence which is a key component to playoff football," said Pierce. "They believe in each other and they're starting to click on that side of the ball with some big-time plays."

One of the side notes people have been talking about this week is the weather and how it may play an impact on the game. At the time of publishing, the forecast is calling for a chance of flurries and minus 5 for Sunday afternoon when the two teams kick off at 3:00 p.m. But whether it's hot or cold, Pierce doesn't believe it should change many things.

"People always like to put things in your head of what you can't do, but I tend to believe the other way," said Pierce. "We've been practicing in the cold and we're going to be able to execute our offence."

Winnipeg outscored Saskatchewan, 56-17 in two regular-season meetings this year. You can hear the game on Sunday right here on 730CKDM with Bob Irving. It'll be Irving's final game as he is set to hang up the mic after a near five-decade career with the Blue and Gold.