MJHL Commissioner Talks About The Season 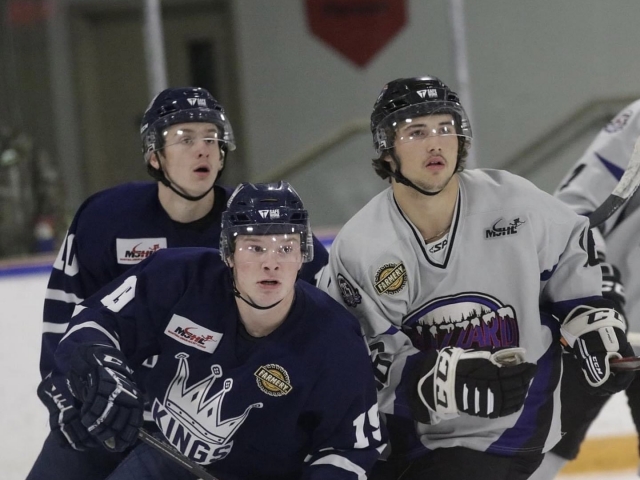 The 2021-22 MJHL season is well underway and there's no better feeling for so many after last season was cancelled very early on. All teams in the league have played 10 games this season with the Winnipeg Blues and Steinbach Pistons jumping out to identical 9-1 starts.

Those two teams lead the East Division while the Dauphin Kings and Waywayseecappo Wolverines sit atop the West Division. This season is Kevin Saurette's first full campaign as the league's commissioner and he says things are off to a great start.

"It's honestly great to just sit back and see games go on interrupted after what happened last year," said Saurette. "It's been amazing to see all of the energy in our member communities and to have fans back in the stands and of course the play on the ice has been high level."

Another full week of action is nearly here and it will be divisional play once again. The Steelers and Blues play a home-and-home while Portage hooks up with Steinbach for a pair of games, OCN plays Waywayseecappo twice, Neepawa battles Swan Valley twice, and the Dauphin Kings take on the Virden Oil Capitals. Dauphin enters the weekend at 8-2 and they've won eight of their last 10 games.

The Wolverines have scored the most goals in the league this year with 51 while Steinbach ranks second with 49 and the Blues have scored 47. The Winnipeg Freeze; meanwhile, has scored just 21 times.

Eric Fawkes of the Blues leads the league with 24 points while Josiah Vanderhooft, also of the Blues, is just one behind with 23. Braden Fischer leads the rookie race with 19 points and that's one more than Colby Jaquet who is 20-years-old.

"The one thing that I've noticed is there have been a lot of goals scored so far," said Saurette. "We're seeing a lot and we're seeing many high calibre goals."

Eight of the top 10 scorers are from Manitoba as homegrown talent continues to shine in the league.