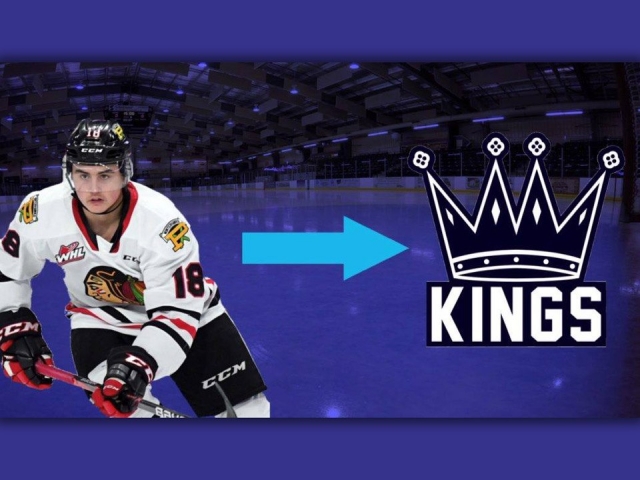 Tuesday has been a big day for the Dauphin Kings. The team started the day by making a trade to acquire Layne Toder from the Portage Terriers.

Dauphin has now added Tyson Kozak to their roster moving forward. He comes from the Portland Winterhawks of the Western Hockey League. He scored 13 goals last season and had 16 assists and he was also named to the NHL Central Scouting "Players to Watch" List for the 2021 NHL Draft.

From Souris, Dauphin drafted him 13th overall in the 2017 MJHL Draft.

"We knew he was an exceptional player when we drafted him," said Doug Hedley, Head Coach, and General Manager. "We're very excited to get him in here and we can't wait to work with him."

Kozak will officially hit the ice for his first practice with Dauphin on Wednesday afternoon. Tyson stands at five-foot-eleven and 161 pounds. In his final year with the Manitoba AAA U18 Hockey League's Southwest Cougars, he put up 72 points (26G, 46A) in 40 contests.

"He's a player that works extremely hard at both ends of the ice. He has exceptional speed and he should fit into our lineup very well," ended Hedley.