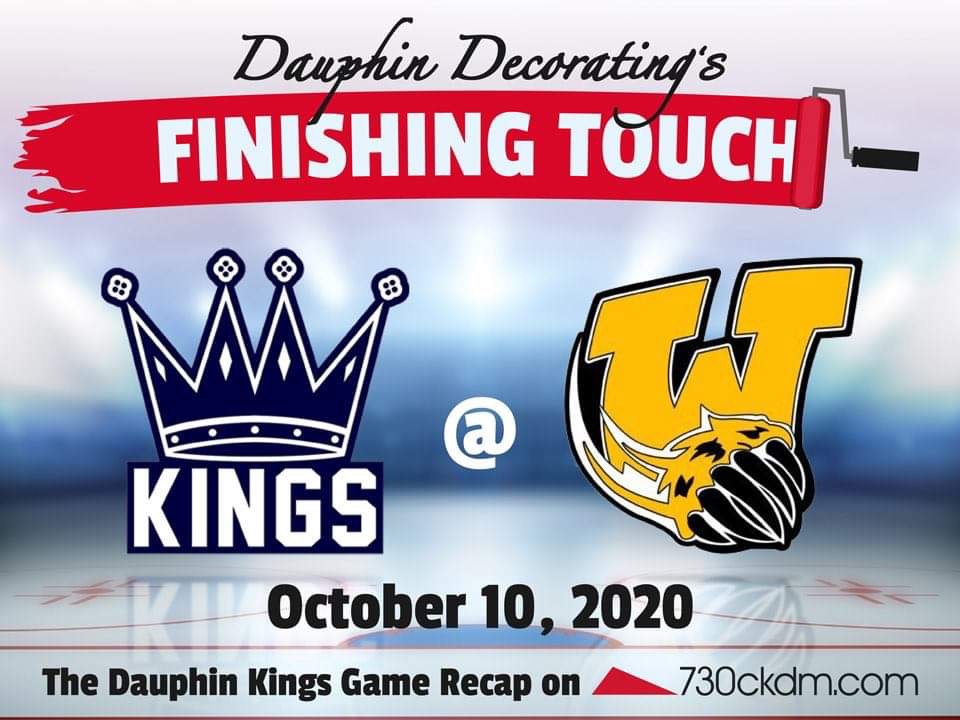 The Dauphin Kings completely flipped the script from their defeat on Friday night. Backed by a great goaltending performance from Matthias Smith, the Kings lit up the scoreboard in a 7-0 win against Wayway in the second of a home-and-home to open the season.

Smith made 30 saves to earn his first shutout of the season.

Austin Lamotte and Charles Massey led the way offensively for the Kings with two goals each while Koby Morrisseau and Grady Hobbs each had a goal and one assist.

Parker Malchuk also had two assists in the victory.

Dauphin moves to 1-1 as does Waywayseecappo. The teams will play another home-and-home next weekend with Friday’s game being in Wayway. Darnell Duff will have the pregame show at 6:45.