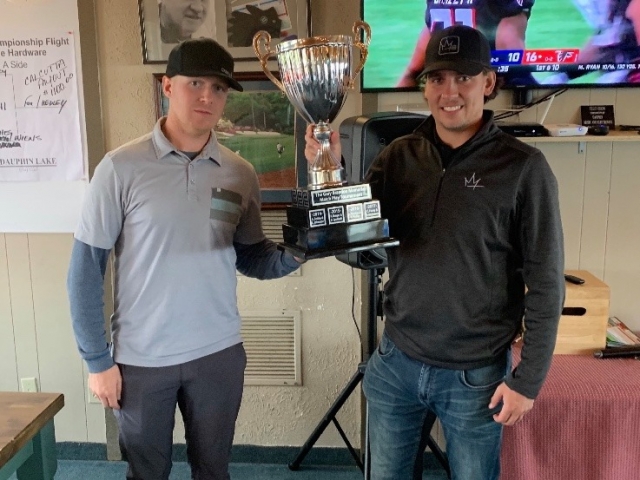 It was chiller than normal, but the competition was as hot as ever the Dauphin Lake Golf Club hosted its Home Hardware two-man classic this weekend.

In the champonship match on Sunday morning, Trevor Fox and Regan Hedley downed Steve Desroches and Jake Wiens to win the title.

Ken Schulz and Keith Hanke won the B-side while Darren Ripmeester and James Davidson were consolation winners in the championship.