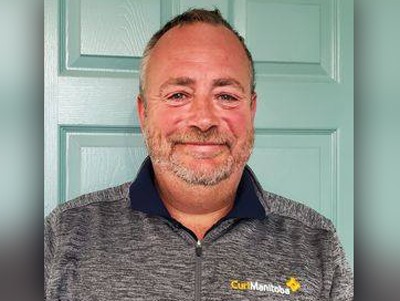 Ray Baker has been involved in curling since he was 12-years-old. This has included everything from playing in elite events to coaching and everything in between. He also ran a very successful cash spiel at the Dauphin Curling Club for more than two decades and it was an event that not only featured the top teams from the Parkland but from around the province.

For the past five years, Baker who owns and managers Baker Computers here in Dauphin has been on CurlManitoba's Board of Directors. His reign on the board began when he was approached by Sam Antila asking Ray if he had an interest in joining the board and the rest turned out to be history. Baker also spent last season as Vice-President of CurlManitoba.

"It's been a ton of fun. I have learned a lot over the past few years," said Baker. "There are also a lot of quality people so that makes it even more enjoyable, all has been great."

As CurlManitoba prepares for what will surely be a different 2020-2021 season, a new President has been named and you don't have to look any farther than Dauphin to meet the new man right near the top of CurlManitoba. At the organization's AGM, Baker was named President of CurlManitoba.

Ray has also joined the Dauphin curling history books as he joins Marg Ritchie who was the President of the former Manitoba Ladies Curling Association as the only two Dauphin curlers to lead the volunteer directed organization in its 133-year history.

"It's a complete honour, there are so many great people and it means a lot to me," said Baker. "It's such a pleasure being a part of such a great organization like CurlManitoba."

For the most part, Ray expects league and recreational play to move forward with its Return-to-Play Protocols ahead of the season and he expects fairly good participation throughout the province when it comes to league play. Baker also believes most provincial championships will go ahead with precautions in place. However, it has been announced that a number of national championships including the New Holland Junior Championships have been cancelled in 2021.

Baker says he also plans on playing in various events throughout the winter including some league play here in his hometown.