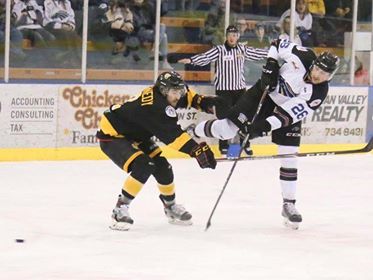 Like so many junior hockey players, Trevor Schroder's days as a junior player came to an end in mid-March when the Canadian Junior Hockey League cancelled all remaining play due to COVID-19.

Schroder joined the Swan Valley Stampeders just in time for the 2019-2020 season and he was certainly one of the team's driving forces as they played to another very solid season, one that they had championship aspirations in.

The Stamps' qualified as the fourth-place team heading into the playoffs and they were up 2-1 in their best-of-seven series against the Waywayseecappo Wolverines.

The Des Moines native was looking forward to a strong playoff push just like the prior season when the Stampeders made the league final and pushed the eventual Anavet Cup champion Portage Terriers to seven games. As he looks back on the season ending, it was, of course, a tough ending; however, he will always remember his time with the Stampeders.

"I really loved my time in Swan Valley. The community was amazing, our team was solid, it was a great stop in my hockey career," said Schroder. "I also think the MJHL doesn't get enough credit. It's a very well-rounded league and super competitive. The league definitely helped me develop and strengthen my skills." 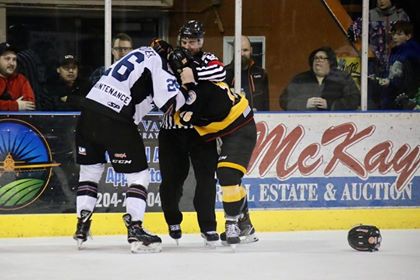 Trevor was also a regular on the stat sheet throughout the course of the season. In 58 games, he scored 20 times and he added another 30 assists. His 50 points were the fourth most on the team and his 20 goals were only topped by Nathan Carl and Tommy Cardinal. Overall, Schroder was just outside the top-20 in league scoring.

"It was a successful year, I can't complain too much," continued Schroder. "It was the most I produced in a single season, so I'm happy about that. I also had some great teammates, so that always helps."

From south of the border, Trevor's first journey stop was in Fort McMurray where he joined the Alberta Junior Hockey League's Oil Barons in the 2017-2018 season. He had three goals and five assists in 30 games. After a 23 game stint in the North American Hockey League with the Kenai River Brown Bears in the following season, Schroder made his way to the valley.

Now that his junior days are officially over, Schroder is set for the next stage of his life and it will include hockey. The former Stampeder has committed to play with the Saint Mary's University of Minnesota Cardinals.

Located in Winino, Minnesota, the Cardinals compete in the Division 3 MIAC Conference. Trevor will also join former Dauphin King Avery Smith who also committed after his time in the MJHL.

The team went 6-9-1 in conference play this past season.

"I really can't wait to get on campus. It's unfortunate that I can't go right now to check it out because it's closed, but I understand why," concluded Schroder. "I'm really excited and super anxious for the fall to get my college career going."

Schroder plans to do a double major in Finance and Exercise Science.