Be A Part Of The Grandview Comets 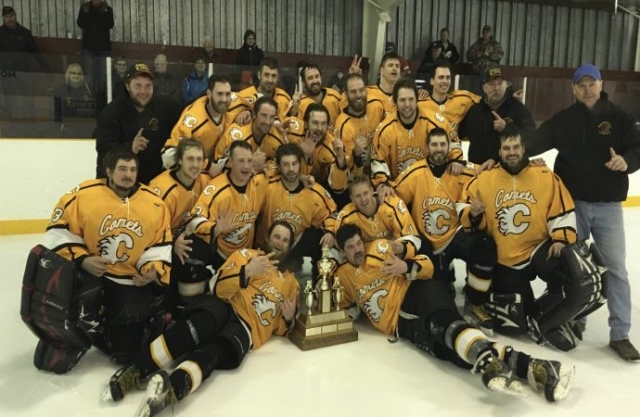 The snow is here and so are the Grandview Comets as they're getting prepared for another season in the North Central Hockey League.

A part of that preparation is holding tryouts, which they will do tomorrow night at the Gilbert Plains Rink. It starts at 8:30. Once the ice is in at the GACC, the team will move there.

"Anyone 18-years-old and older can come out if they want to try and play on the team," said Brad Potoroka. "A lot of guys that are done high school hockey usually try. It's a great league to play in and it's a lot of fun. It's competitive and if you're interested, come on out and try."

A league schedule has not yet been set. But, based on last year, the regular season will begin during the first weekend of November. Further practices and tryouts will also be set tomorrow night.