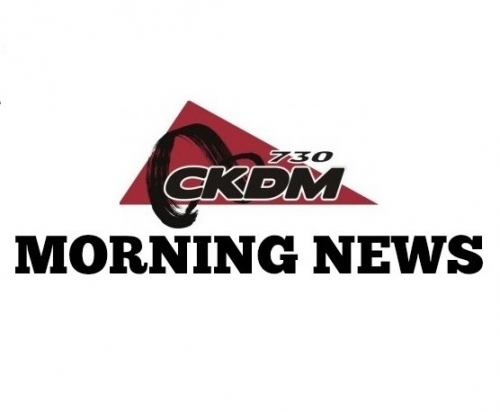 The mandate for Ron Schuler, minister for Crown services, says his top priority is to keep Manitoba Hydro public.
The former N-D-P government accused Pallister of having secret plans to privatize Hydro, and Pallister says the accusation was false.

Pallister also says he will not privatize other government bodies such as Manitoba Public Insurance or Manitoba Liquor and Lotteries.

The mandate letters mostly direct cabinet ministers to fulfil Tory campaign promises _ everything from eliminating a public subsidy for political parties to cutting the provincial sales tax by one point by 2020.
-----
Trans Mountain
The National Energy Board says Kinder Morgan's Trans Mountain pipeline expansion will be the first energy project required to have plans to offset emissions.

But that's not enough to convince opponents of the 6.8-billion-dollar project that it's a good idea.

The N-E-B has given the project the go-ahead, subject to 157 environmental, safety and financial conditions.

But environmental and aboriginal groups remain opposed to the project, and say they'll continue to fight it.
-----
Manitoba Gender War
A Manitoba politician says the world wars of the last century might not have happened had there been women leading countries and militaries.

Flor Marcelino, the interim leader of the Manitoba New Democrats, was pressing Conservative Premier Brian Pallister on why he did not appoint any women to his treasury board _ the five-member cabinet committee that oversees government spending.

Marcelino said women can bring a different perspective, and the two world wars might have been avoided had there been women presidents and generals.

Pallister says women played key roles in both wars, adding he believes he appointed the best ministers he had for the treasury board.
-----
Frozen Food Recall
A massive frozen foods recall involves millions of packages of fruits and vegetables that were shipped to the U-S, Canada and Mexico.

More than 400 products from C-R-F Frozen Foods in Washington state could be contaminated with listeria.

They were sold as far back as 2014 at places like Costco, Target, Trader Joe's and Safeway.

Products tied to the now-shuttered plant have caused eight illnesses, including two deaths.
-----