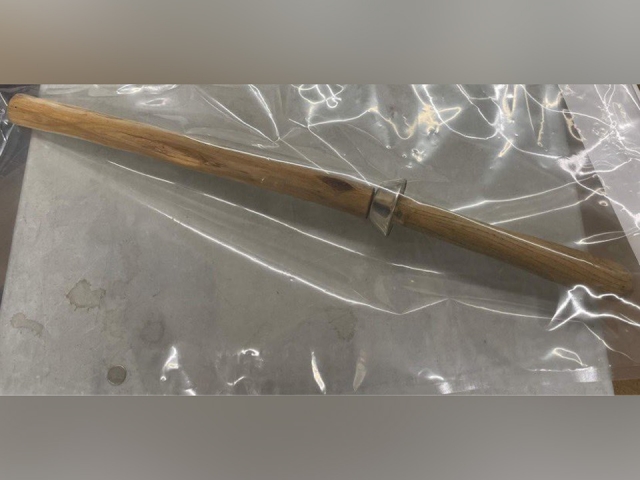 On July 22, 2021, at approximately 8:30 pm, Swan River RCMP reported a suspicious male wandering in the back lane of 12th Avenue South in Swan River, Manitoba.

Officers then approached the male,  where a large sword was seen under the suspect’s coat. The male was told to drop the weapon, which he did.

The suspect was then informed he was under arrest, but he took off on foot.

The officers secured the sword and initiated a pursuit of the suspect. They subsequently caught the suspect and placed him under arrest.

As the arrest was occurring, an officer was injured and suffered a broken bone.

The 43-year-old male suspect from Wuskwi Sipihk First Nation was taken to hospital as he complained of medical issues unrelated to the arrest or interaction with police. He was released from the hospital and is facing charges of Carrying a Concealed Weapon and Resisting Arrest.

The investigation, in this case is ongoing.