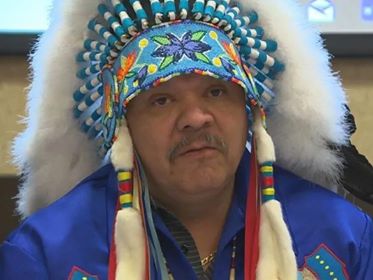 Many First Nations in the Parkland have cancelled their annual powwows because of the restrictions in place due to COVID-19. However, the Lake Manitoba First Nation has confirmed that they will host their powwow from June 19-21.

Chief Cornell McLean says making sure the powwow takes place for the community is very important and that there will still be precautions in place. They will adhere to any restrictions put in place by the province, one of which limits outdoor gatherings to 50 people.

They will also have plenty of hand sanitizer and masks on hand.

"This is for the belief in our culture. We need healing in our community and we need to get people out of the house," said McLean.

Lake Manitoba was one of the first reserves in the province to restrict travel in and out of the community two months ago and other First Nations followed suit. However, McLean has said anyone will be able to attend the powwow.

McLean says he hasn't seen this much RCMP presence in Lake Manitoba for a long time. He says alcohol and drugs have become a problem because everyone is cooped up. He understands that there will be a new normal and he believes this year's powwow will be great for the community, as it is every year.

"This is a big event, I'm not going to lie," said McLean. "This is huge for us and it's going to provide a sense of normal in a time when we truly do need it.

McLean assures that all social distancing will be followed.

"We'll find a way to make it work for our community," he continued.

McLean also knows there may some criticism from people in a time where many First Nations are cancelling their celebrations. He says some people will criticize anything that happened.

"It's pretty simple, our goal is to bring our people together to start the healing process," continued McLean. "People will say what they want."