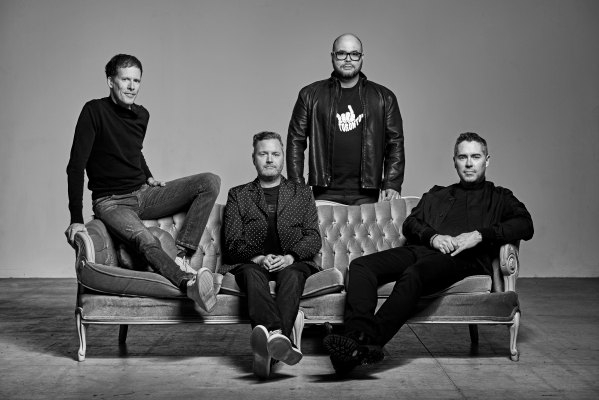 The Barenaked Ladies recently unveiled their new music video for “Say What You Want,” via Rooster Teeth. “Say What You Want” is the first single from their forthcoming album SILVERBALL available everywhere June 2nd. The video showcases the band’s love of pinball, echoed throughout SILVERBALL’S thirteen tracks, and the classic arcade game’s deeper meaning.

“We've been pals with the RoosterTeeth folks for over a decade now. They are incredibly talented, and funny. It's super nice to get the opportunity to work with your friends especially when your friends have a kick ass production studio. We are both big fans of what the other does so when we get to do it together, it's awesome!”

The Ladies also premiered the track “Duct Tape Heart” from their upcoming album via Huffington Post. You can check it out here: http://huff.to/1FmqGzb

Following the release of Silverball, The Ladies will be heading out on the road in the U.S. for their 2015 Last Summer on Earth Tour starting June 5th in Columbus, OH.  The band’s Canadian 2015 Silverball Tour kicks off October 19 in Prince George, BC. For a full list of tour dates, visit: http://barenakedladies.com/events