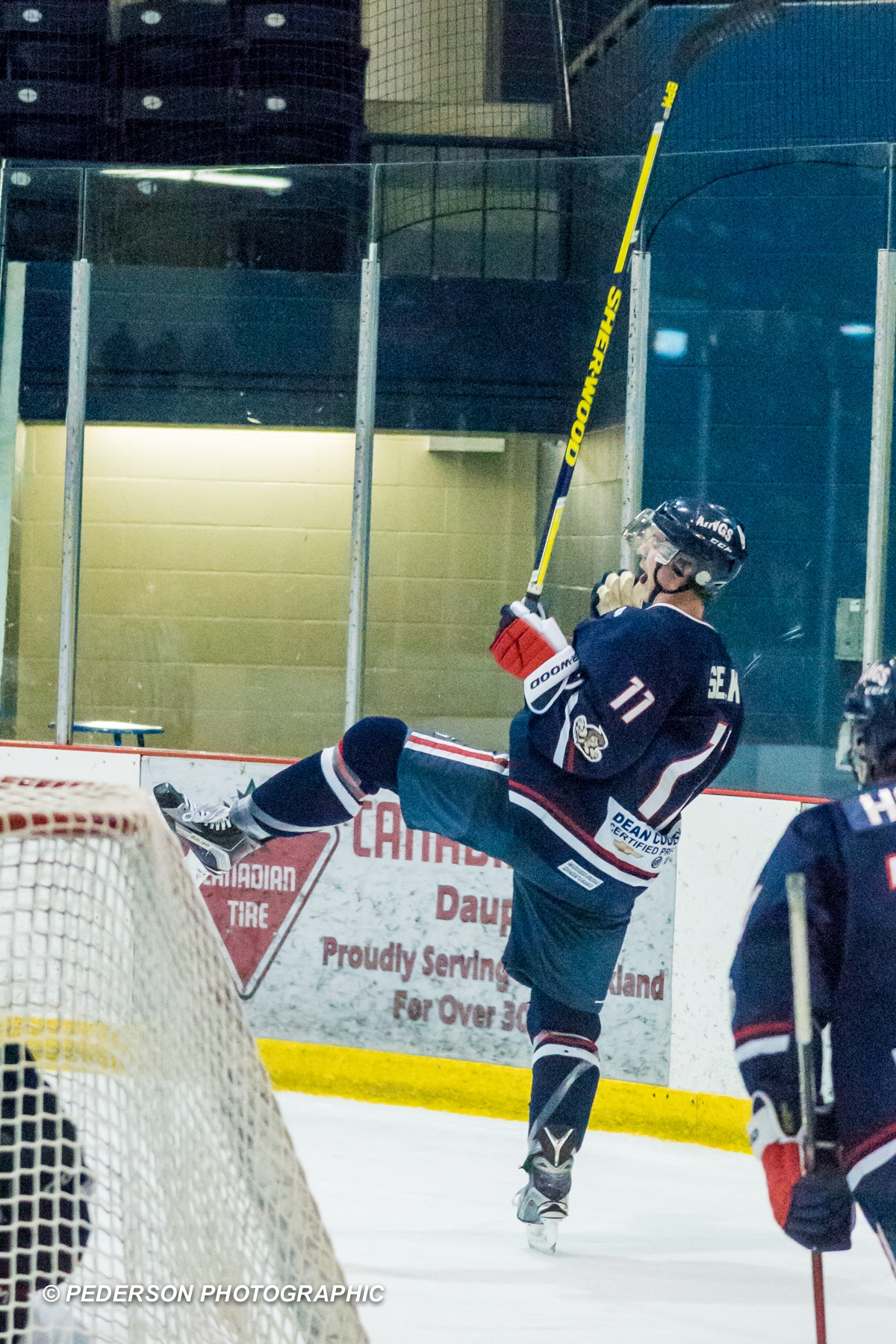 The Wild dominated the Rangers in their three previous meetings, but not so much this time.

The Wild opened the game with two first period goals, Dauphin Kings prospect Kitchell Joss scoring one of them. The Rangers turned it around in the second period.

Bradyn Smelski got the Rangers on the board to cut the Wild lead in half, but 33 seconds later a shot in the Parkland zone hit a Rangers' stick and arced over goaltender Quinn Munro to restore the Wild's two goal lead.

The Rangers got back to within one when a strange bounce went their way, a puck took a strange bounce off the boards while Winnipeg's goalie Bennett Garber had gone behind the net to play it. Alone in the crease it was an easy tap in for Carter Cockburn.

The time it was the Rangers who answered again 33 seconds later as Brayden Delvenne fired a shot that just squeezed three Gerber with 1:20 left in the second to tie it.

The Rangers began the third on a power play, but were unable to convert with the extra skater. The Parkland was 0 for 4 with the man advantage.

The Wild's Griffin Leonard broke the stalemate at 13:34, firing a shot from up against the boards that somehow got by Munro. The shorthanded marker stood as the game winner.

The Rangers are next in action Wednesday hosting the Brandon AAA Wheat Kings at 7:30. CKDM is the game sponsor that night. 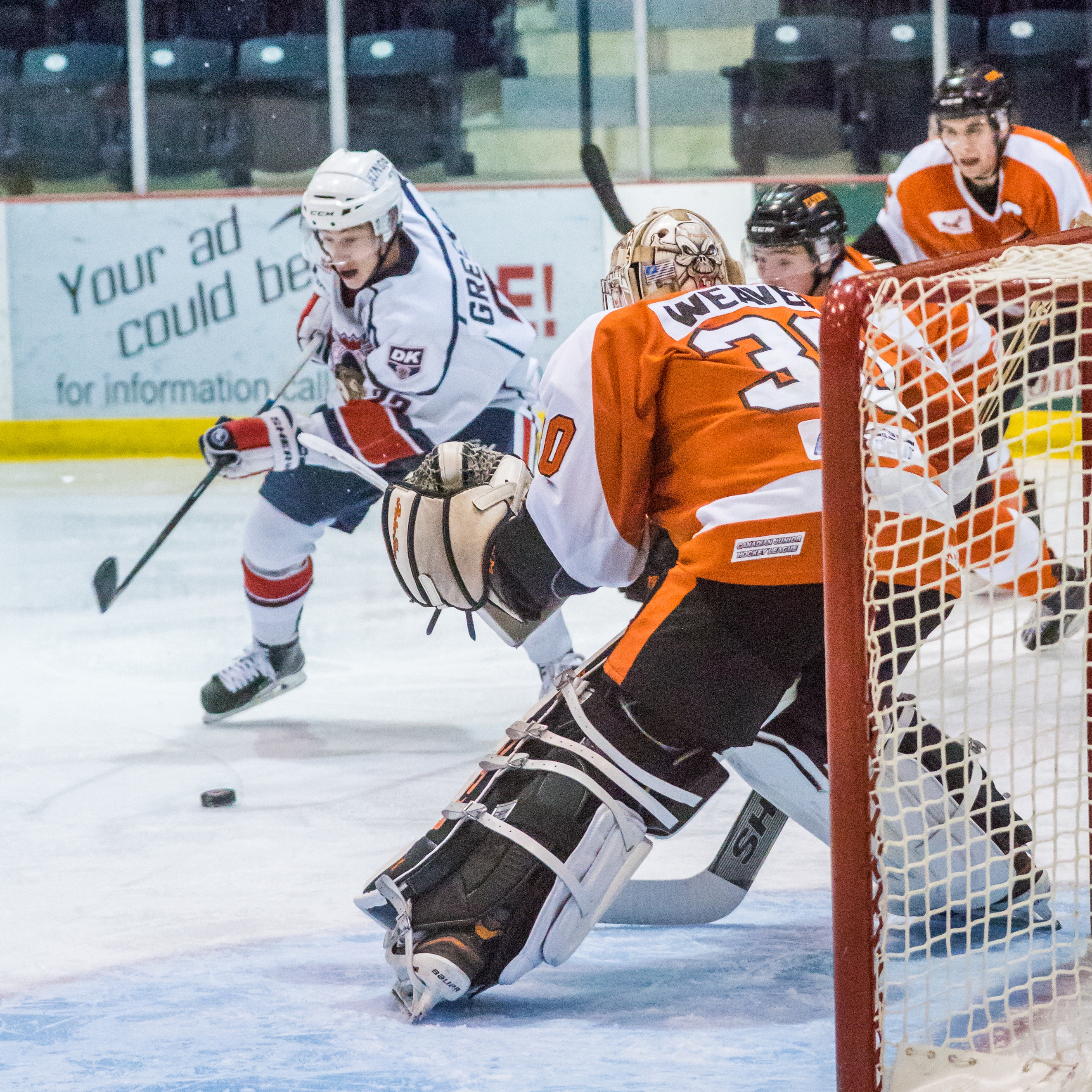 The playoff picture is now even more obscure for the Dauphin Kings after Saturday night. The Winkler Flyers swept the season series with a 6-2 victory at the Winkler Arena. The Kings saw scoring from Grady Hobbs and Keaton Leininger who converted on the power play. Hobbs and Leininger scored for the Kings their last trip to Winkler on January 3rd in a 3-2 loss.

The Swan Valley Stampeders have rebounded from a lengthy losing skid with back-to-back wins now including a 4-3 overtime win in Winkler Friday, and a 4-1 win in Winnipeg on Saturday. The Stamps are 4 points ahead of the Kings in the standings in 8th place with two games in hand. Dauphin does have a 4 point lead over the 10th place Neepawa Natives who are also trying to claim the final playoff spot, although Neepawa does have three games in hand.

The Kings begin their final 10 games of the season on Tuesday with a trip to OCN. The Kings start that game having lost three straight. Saturday the Kings are in Virden to close out a 5 game road swing, before returning to Credit Union Place next Sunday to face Selkirk for a 6:00pm start.

The Parkland Rangers began a 5 game home stand on a high note with a 7-1 victory over the Interlake Lightning yesterday. Mark Liwiski, Carter Cockburn, and Reece Hopfner each scored twice while Bradyn Smelski added on in the win. Mark Liwiski hit 100 penalty minutes on the season so will miss Sunday's game against the Winnipeg Wild.

The Rangers have 7 games left on the season to qualify for the post season. While a win Sunday against the Winnipeg Wild is not impossible, it is unlikely as the Wild have outscored the Parkland 18-4 in their three previous meetings.

The Dauphin Clippers earned a big 9-1 win Saturday, then played a tight game Saturday against the secnod best opponent the Westman High School Hockey League currently has to offer; the Clippers fell 5-4 to the Wawanesa/Killarney Raiders.

The Clippers face the Raiders again on Wednesday on the road, before returning to Credit Union Place Friday and Saturday to close out the season against Major Pratt, and Boissevain, respectively.

The Clippers currently cling to the last playoff spot with 21 points. The Deloraine Colts have an equal number of points, but the Clippers have the advantage wit one more win. 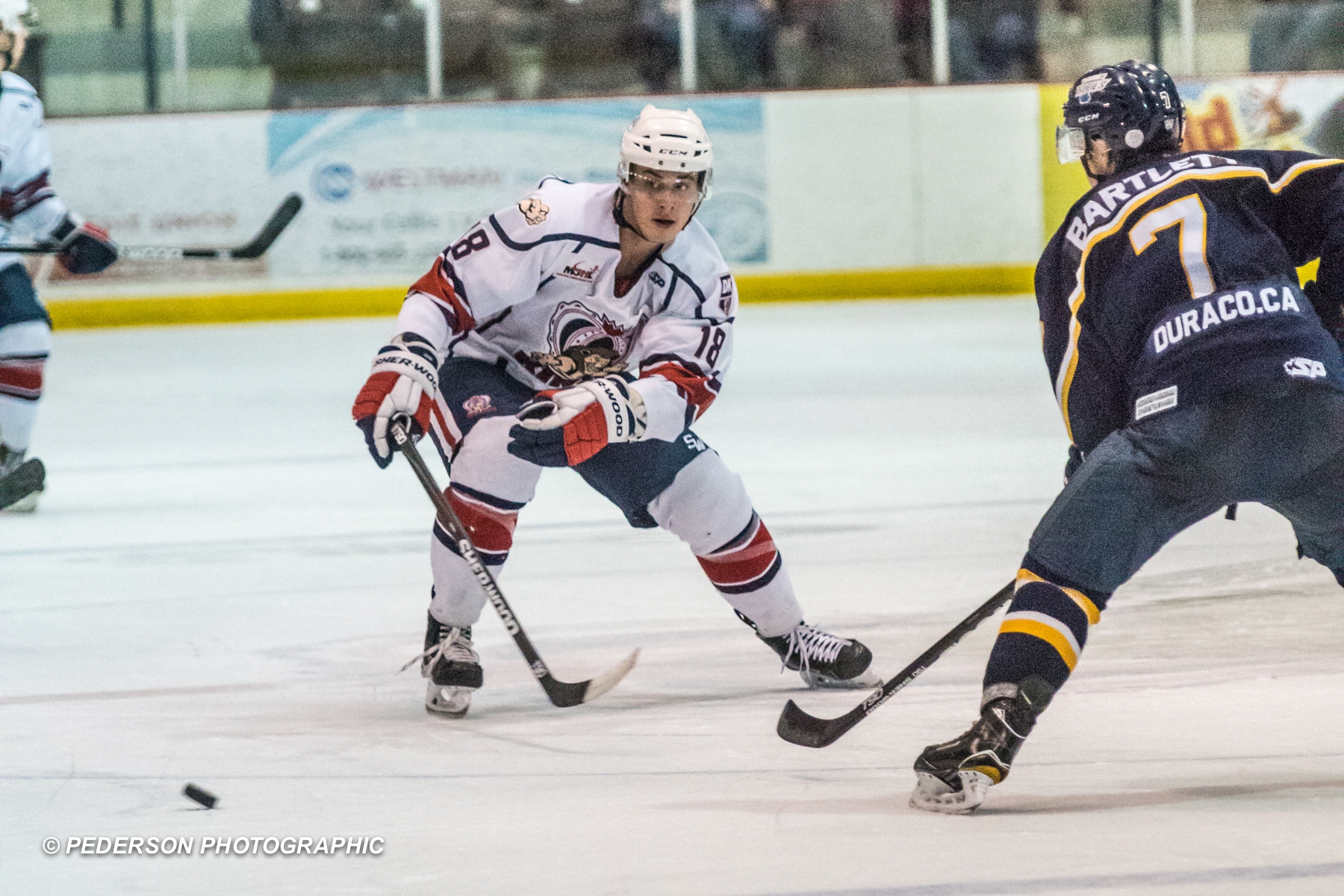 The Dauphin Kings and Winnipeg Blues played yet another tight contest in their fourth meeting of the season. This time the Blues came out on top 5-3. Each team now has a regulation and shootout win against the other.

Ethan Czaplewski opened the scoring, but Daniel Chartrand responded for the Kings just 44 seconds later, receiving a feed in the slot from Ian Briscoe and firing it by Blues tender Jacob Gnidziejko.

The Kings took their first lead early in the second. Trevor Selk fired a shot at the Blues goalie, Ian Briscoe banked the rebound off of Gnidziejko from below the goal line and in to make it 2-1.

Five minutes later Rhett Lough finished off a beautiful passing play from Ethan Czaplewski and Dexter Kuczek to even the score once again. The Blues pulled out in front before the end of the frame when Brock Shwaluk found a loose puck in the slot after Matt Greening blocked a point shot.

Winnipeg increased their lead in the third with Dexter Kuczek scoring on a two-on-one. Howard Yawit brought the Kings within one when he broke up a play at the point and charged down the ice, firing a shot by the Blues netminder for the short handed marker.

Despite a number of good scoring chances with Duncan McGovern pulled and the extra attacker on the ice, the Kings could not find the equilizer and surrendered an empty netter with 0.9 of a second left.

The Kings look to rebound from the loss in Winkler on Saturday. 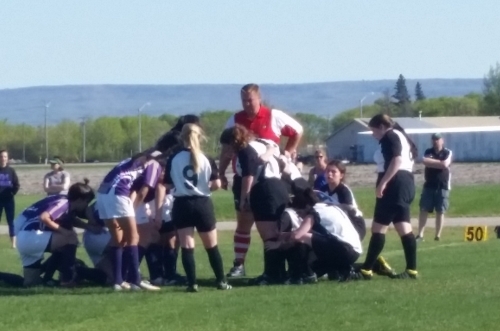 Three Dauphin Clippers will represent Manitoba at the U18 Rugby 7s National Championship in British Columbia in March.

Stay tuned for an interview with the players and Clipper coach Rod Carberry next week after the noon Ag Show. More details to follow. 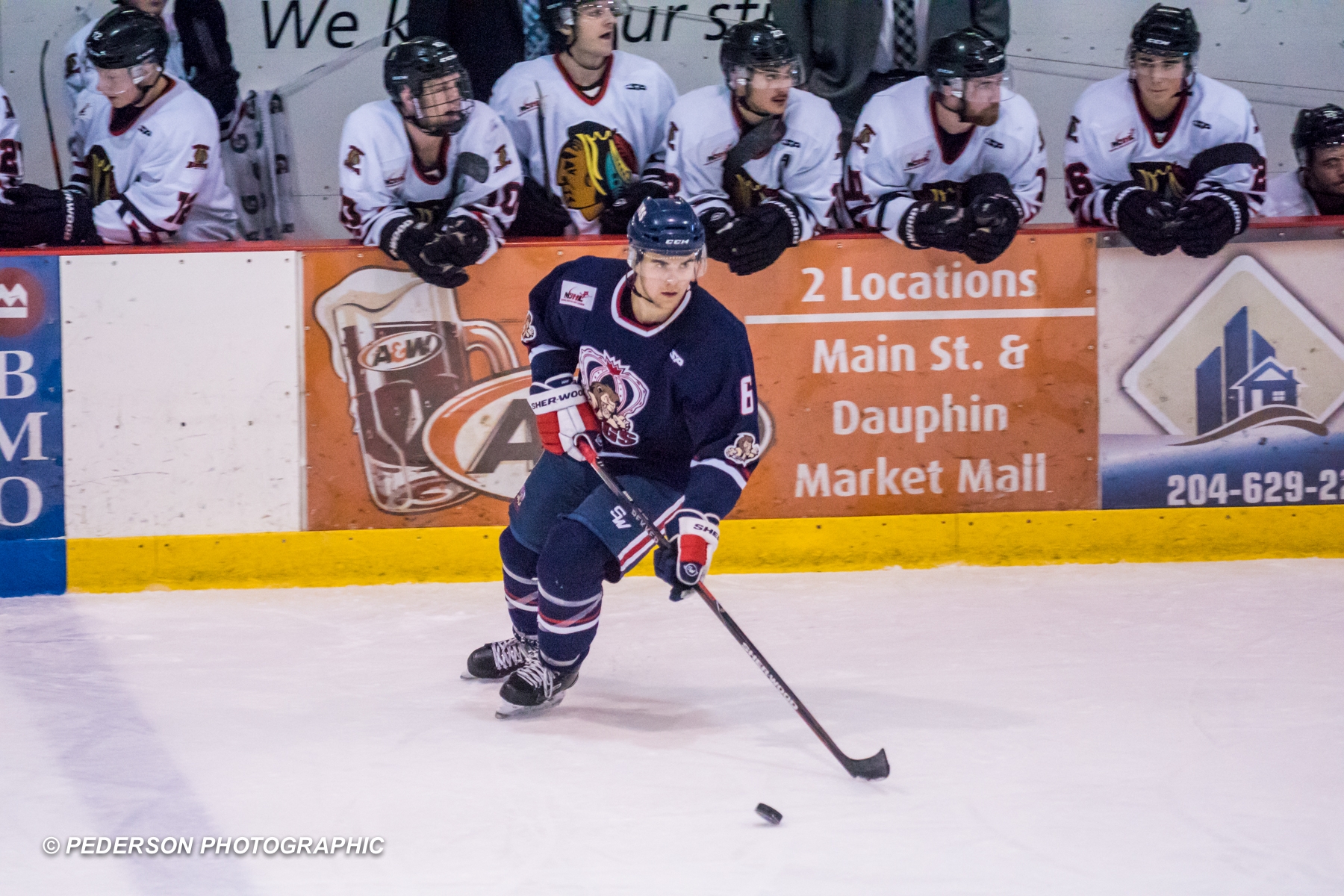 The Dauphin Kings gave themselves a four point cushion in the standings with a commanding 4-1 win over the Neepawa Natives.

The Kings are now tied with Swan Valley with 33 points, but Swan holds on to 8th with two games in hand.

The Kings outshot Neepawa 33-22. Brandon Holtby's shutout was put to rest when Neepawa scored their only goal on the power play late in the third. Holtby stayed in the game despite being blatantly bulldozed by Neepawa defenseman Griffin Chwaliboga.

Four the second straight game the Kings defense contributed offensively with two goals. Austin Friesen opened the scoring in the first, notching his third of the year. Graeme Hore had the second period's only marker. Rookie d-man Darren Gisti recorded his fourth of the year with a blast from the point on a delayed power play in the third. And also in the third Brendan Arnold knocked a loose puck in for his second of the year.

The Kings now begin their next stretch of games on the road Wednesday night in Waywayseecappo.

Were you outbid on a jersey during Saturday's Ukrainian Night at the Kings game? Don't worry about it! Due to high demand the Kings will now be selling their special jerseys.
The Kings have had requests from as far as Ukraine for the traditional Ukrainian themed sweaters they wore Saturday, and are now taking pre-orders. The jerseys are $200 dollars each (plus shipping and handling if required).
Contact Christian Laughland at This email address is being protected from spambots. You need JavaScript enabled to view it. to order, a number can be added to the jersey upon request. The deadline for orders in Friday, February 10th. The jerseys are only available in the size the Kings wore for the game. 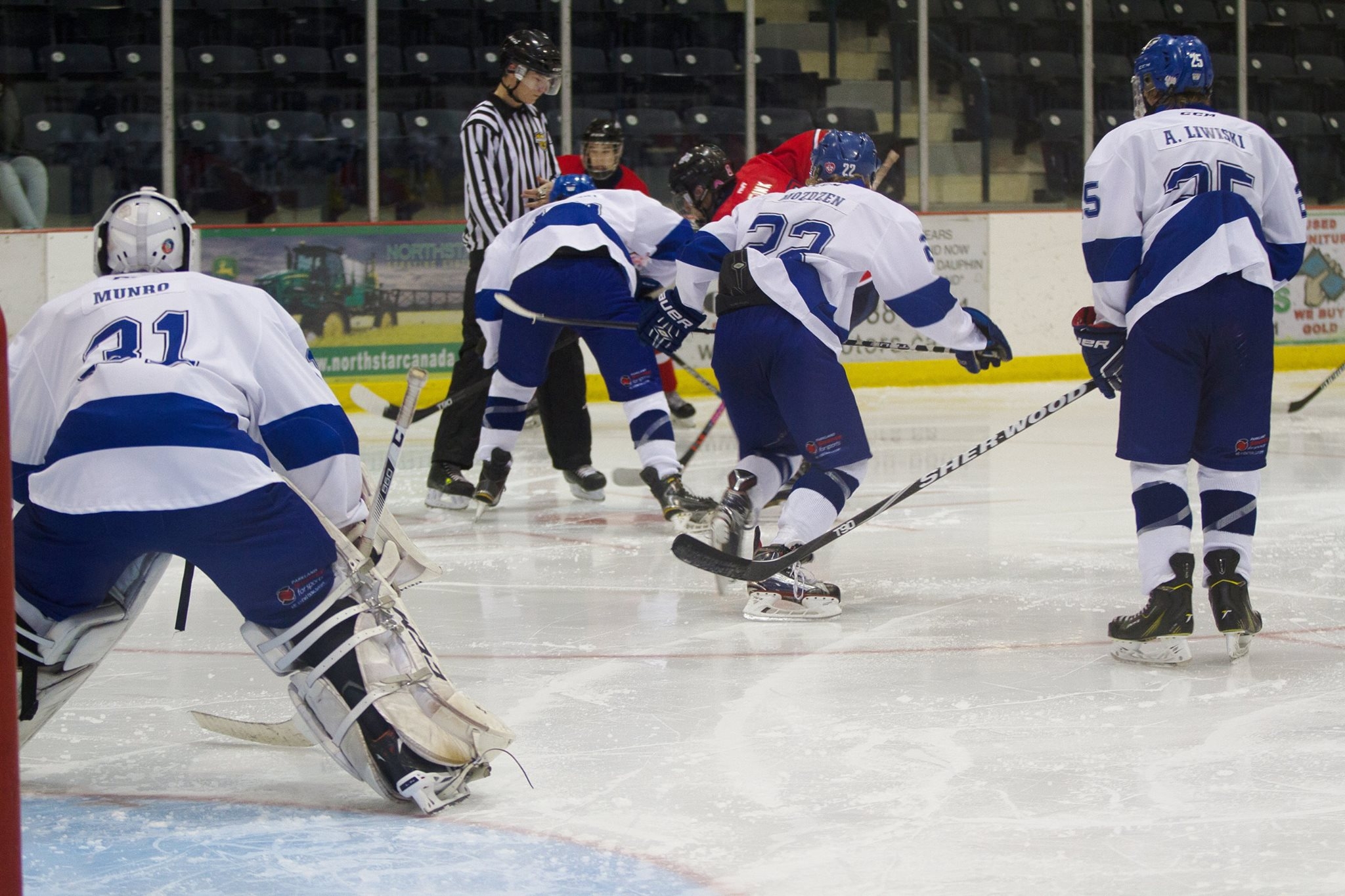 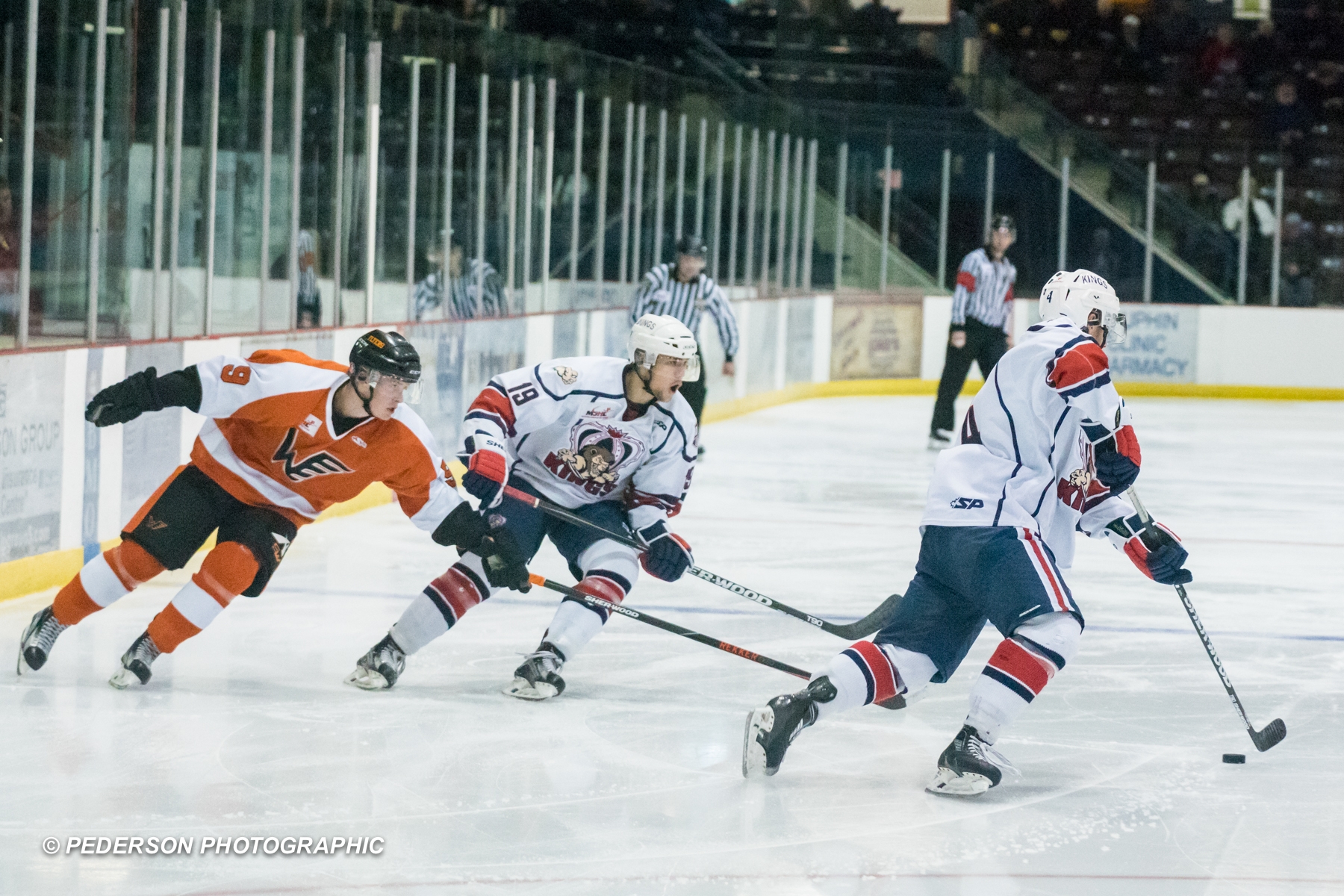 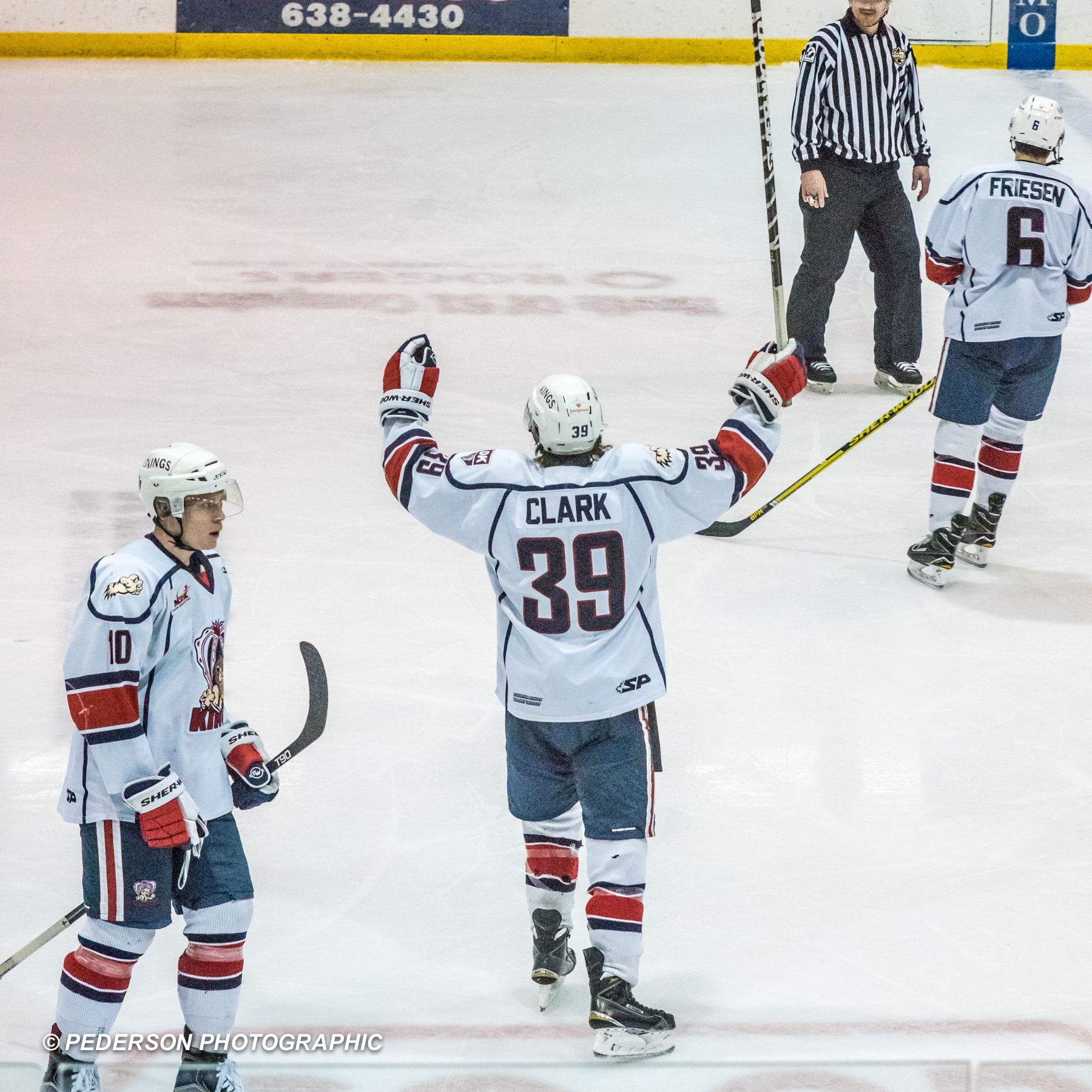