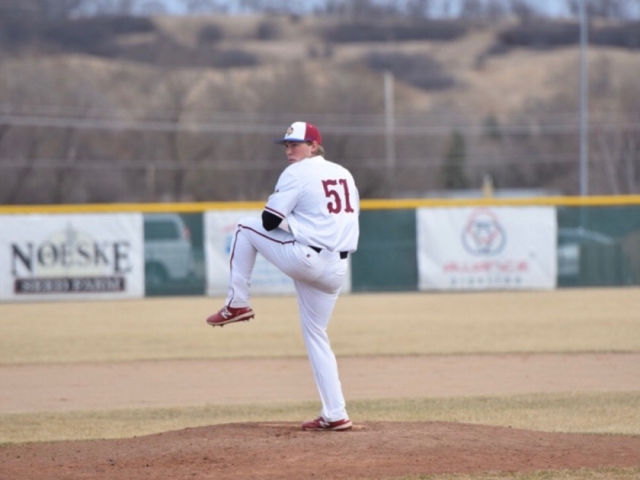 After excelling and doing great things in Dauphin playing baseball, Will Hlady moved south of the border a few years ago as he joined the Iowa Wesleyan Tigers. The Dauphin product ended up playing two years with the Tigers before he transferred to Valley City State where he would continue his college career with the Vikings.

And now two years later, Will is hoping that his college career still has a few more solid weeks left in it. As the team prepares for their conference tournament, this will be Hlady's final chance to win a conference title as he's playing his senior season. The team hosted Presentation College this past weekend for four games as Will played in the final homestand of his college days. The series offered up four wins and Valley City outscored PC, 51-17.

Hlady says the last few years have been amazing and he won't ever forget about the memories made from his time in Iowa and of course, his two years with the Vikings.

"It's kind of emotional to think that the end is getting near," said Hlady. "With that said, I'm not focusing on the end. Our goal is to keep winning games and we'll go from there."

Heading into their final game before the NSAA Tournament that begins this weekend, Will has helped the Vikings win five of their last six games and they've won their last four games. Valley City is 14-9 in conference play which has them finishing conference play in third place. The Vikings have been most dominant at home, where they have gone 10-3.

"Things have been going pretty well. There have been some bumps along the road, but that's expected throughout a season," offered Hlady. "We've been hitting the ball well all year and our pitching staff has come together at the right time."

WIll's 17 appearances on the mound were the second-most on the team behind Matthew Suda who hit the mound 19 times. Will's five wins were also second-most and he also recorded two saves for a Valley City team that is trending in the right direction at the right time.

The Dauphin native prides himself on being very accurate on the mound and he was throughout the season, as the right-hander gave up just 15 walks in 43.2 innings pitched.

"I would say I had a pretty good year overall," added Hlady. "I gave up more runs than I would have hoped in some situations, but that will happen when you pitch a lot. I'm peaking at the right time and I feel really good about my game right now." 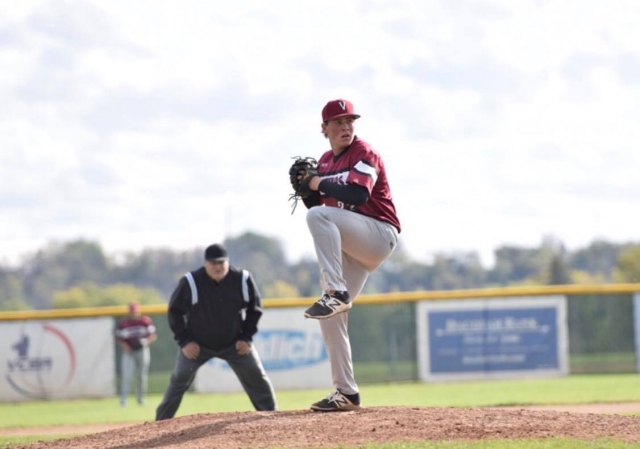 A 9-inning game on Wednesday in Morris, Minnesota against the University of Minnesota-Morris will be followed up with a game on home field against Waldorf University on Friday and there will be some added pressure in that contest as it's the opener of the NSAA Tournament.

Valley City beat Walford twice this season with both wins coming in the past two weeks. The championship game will be played next Monday and the winner will advance to the National Association of Intercollegiate Athletics (NAIA) national championship opening round that is played from May 17-20. Ultimately, the NAIA World Series takes place from May 28 to June 4 at Lewis-Clark State College in Lewiston, Idaho.

"We're feeling pretty good right now, we know we can play with anyone in our conference," ended Hlady. "We'll take things inning by inning and we'll see how it goes."

No matter the end result of this season, Will will continue playing against collegiate players for the next few months. At the conclusion of his season with Valley City, Will will join the Wheat City Whiskey Jacks of the Expedition League. It was announced that they will play their season in Grand Forks.