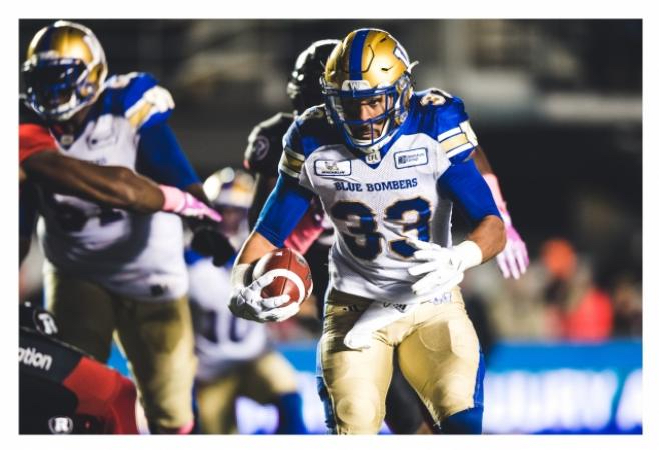 Six Winnipeg Blue Bombers have been named to division all-star teams as the league has released the list.

Harris earned the honour for the sixth time in his career and for a fourth straight year since joining the team in 2016. He led the league in rushing for the third straight season with 1380 yards and four touchdowns.

Bryant hasn't missed a single game since joining the team in 2016. He anchors the left side of a line that was against the engine for the top rushing team and an offence that finished tied for second in points scored.

Jefferson set a new CFL record for pass knockdowns by a defensive lineman with 16. He also led the league with six forced fumbles and he topped the Bombers with 12 sacks.

Rose led the league with nine interceptions, the most by a Bomber since Less Browne in 1991 when he had 10.