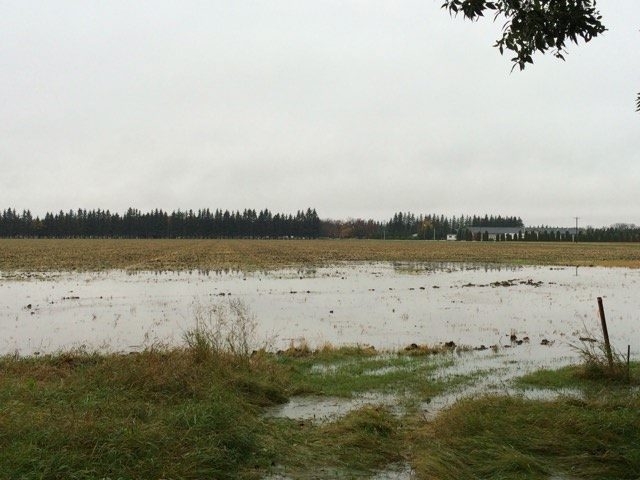 Tweet
Ernie Sirski says the fields are saturated and it's making for pretty difficult harvest conditions. He says he's spoken to producers from Roblin to Ste Rose in the last week and it's pretty much the same.
"It's frustrating, we've got a pretty decent crop out there for the most part and we're not able to finish. There's the odd producer that is done, but by and large, if I were to take a guess, I'd say there's probably 20-25 per cent of the crop still remaining out there."
Sirski says he's heard from people who've been around a little longer than he has that there were some extremely wet falls in the 1950s.