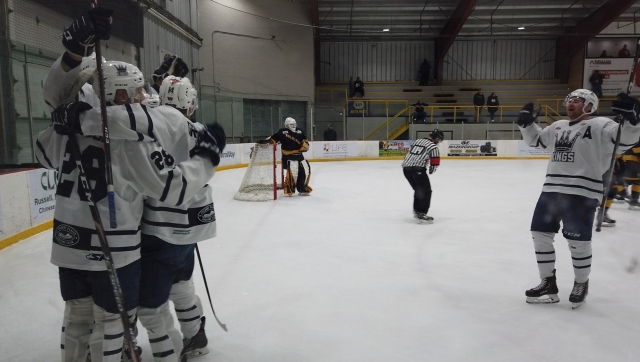 Austin Lamotte was the hero and special teams were the name of the game for the Dauphin Kings tonight.

They opened 2020 with a comeback performance against the Waywayseecappo Wolverines and they’re coming home with two points after a 5-4 overtime win.

Dauphin trailed 2-0 after 20 minutes, but Dauphin’s offence was spot on from that point moving forward.

Austin Lamotte scored his first of the game while Grady Hobbs also scored as Dauphin trailed just 3-2 after 40.

Baron Thompson would score two in a row for Dauphin in the third to give them their first lead of the game at 4-3. However, Wayway scored with less than 30 seconds left to force overtime.

In overtime, Lamotte scored to seal two points for Dauphin.

The team plays again on Tuesday at Credit Union Place.

Golden Things For Oversby And Miner 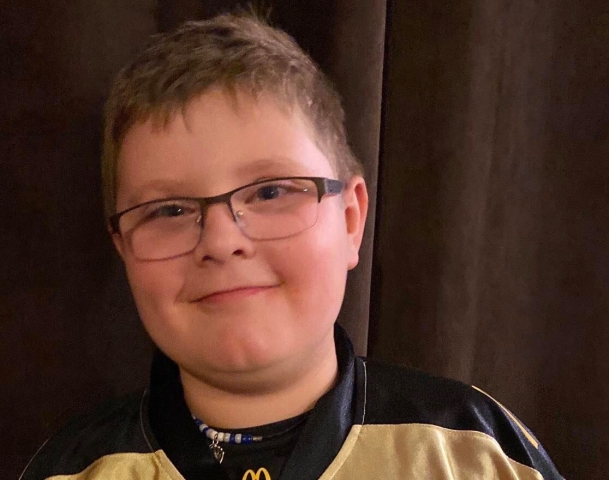 The Dauphin McDonalds Atom 4 team had a solid past couple of days.

They kicked things off with a 6-4 win against Roblin. Bryce Oversby was the Gold Jersey winner.

In their next game, Ben Miner took home the Gold Jersey as the team beat Winnipegosis. 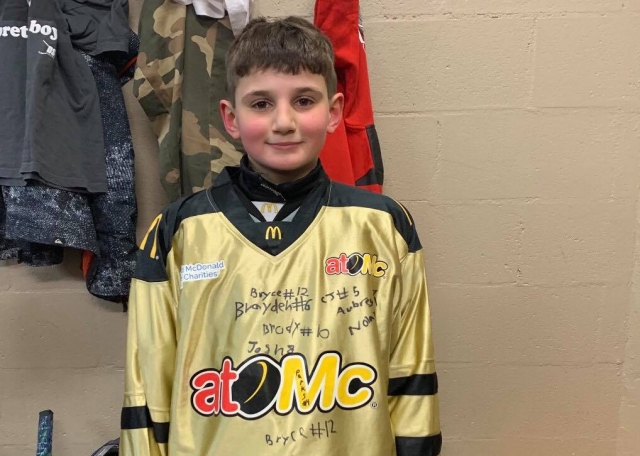 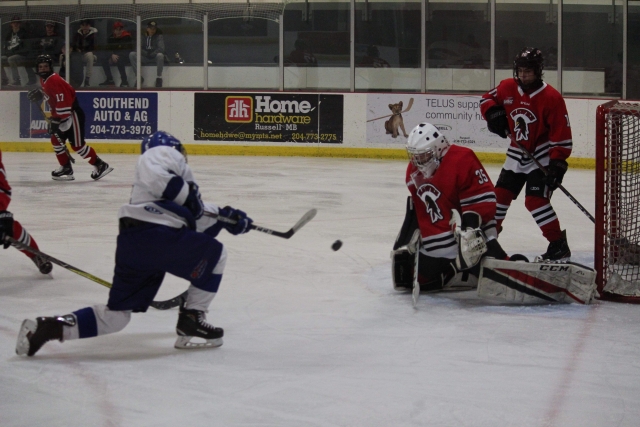 The Parkland Bantam Rangers picked up three of a possible four points this weekend.

Yesterday, the team suffered a 5-4 overtime loss against the Pembina Valley Hawks.

Kyan Grouette and Will Munro both scored singles in the game.

U18 Rangers Jump Into Playoff Spot 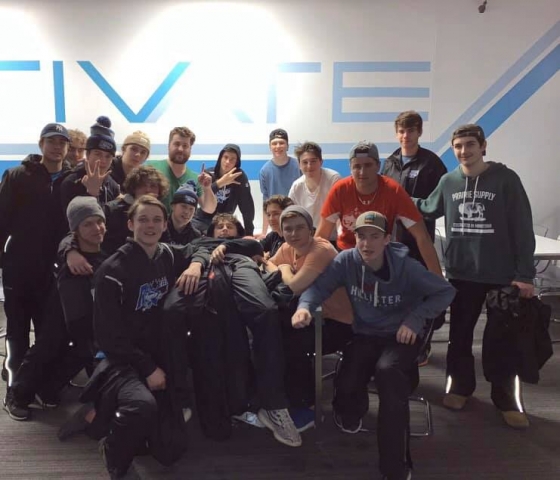 The Parkland U18 Rangers have been quite consistent as of late and thanks to that, they're in a playoff spot after another solid effort this afternoon.

Backed by a two-goal performance from Steven Arp, the Rangers beat the Interlake Lightning, 5-2.

Fellow rookie, Rylan Gibbs also scored two goals for the Rangers who won their 13th game of the season.

Brayden Kohlman also added a goal in the game. Keaton Ziprick made 33 saves in net.

Parkland is 5-2-1 in their last eight games and they're now one point ahead of Central Plains for the final playoff spot. 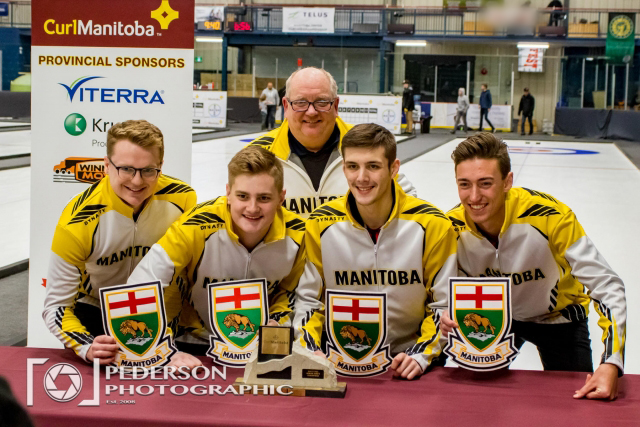 Prior to playing in the provincial final earlier today, Lawson Yates and Team Brett Walter knew they were already heading to the New Holland Canadian Junior Championships in two weeks after making the final at Credit Union Place.

That wasn't enough for the foursome, however. They wanted more and they sure got more as they went out in front of a great crowd at Credit Union Place and they beat the previously undefeated Jacques Gauthier rink, 8-7.

Team Walter won eight games on their way to a provincial title.

"The feeling is surreal right now, I'm on cloud nine, to say the least," said Yates. "I'm really happy to do it in my hometown and it's my last year as well, there really is nothing better."

This time around, Walter's rink said that wasn't going to happen and they came out this morning and got past Team Wiebe, 9-6. They, of course, followed that up with a big win in the final against Gauthier.

"We were able to come out firing this morning," continued Lawson. "I really believe that the win this morning gave us the confidence we needed to win the final."

Beginning on Wednesday, 32 of the best junior teams from around the province came to the City of Sunshine to begin the 2020 Telus Junior Men's and Women's Provincial Championships. Both inside Credit Union Place and the Dauphin Curling Club, the crowd support was fantastic, especially for Yates as he's a hometown boy.

"It was incredible, I don't even know what to say," added Yates. "To get the chance to play in this event in my hometown in front of all my family and friends, it's such a special feeling."

Yates and the crew will play Gauthier and his crew on Monday, January 20.

Last year, JT Ryan and his foursome were finalists at the event. With a tough road awaiting Lawson and his team, the Dauphinite is excited about the challenge.

"We'll go out and play our best, we know things won't be easy," concluded Yates. "It's going to be an amazing experience and everyone is super pumped up."

On the women's side, Dauphin's Lane Prokopowich and the rest of Team Serena Gray-Withers finished as this year's finalist. They dropped their game against Mackenzie Zacharias who won the tournament for the second straight year.

Yates And Prokopowich To Play For Title 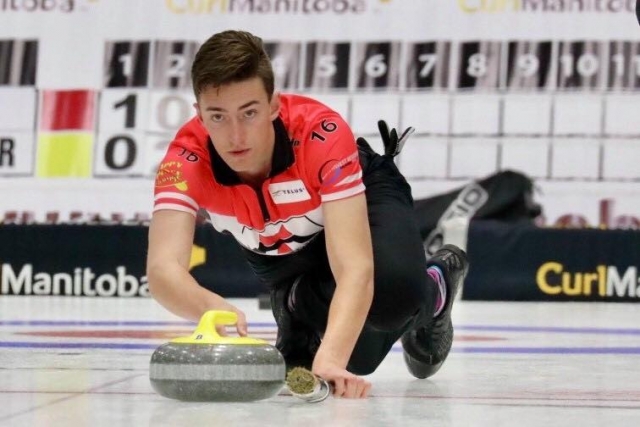 When the Telus Junior Men's and Women's Provincial Championships finals take place this afternoon at 1:00 inside of Credit Union Place, two Dauphinites will be playing for a buffalo.

Team Brett Walter which includes Lawson Yates defeated Team Ryan Wiebe this morning to earn their berth in the provincial final. The team has also qualified for the New Holland Canadian Junior Championships later this month in Langley, B.C.

On the women's side, Dauphin's Lane Prokopowich and the rest of Team Gray-Withers dominated their semifinal this morning against Team Zacharias. They scored three points in the first and they ended up winning 9-1.

They will now play Team Zacharias in the provincial final, also at 1:00.

Both provincial finals will be a rematch of the 1vs2 game. Team Jacques Gauthier took down Lawson and Team Walter yesterday. On the women's side, Team Zacharias took down Prokopowich and Team Gray-Withers yesterday.

A wonderful week will end with two titles on the line inside of Credit Union Place.

Back To The Grind 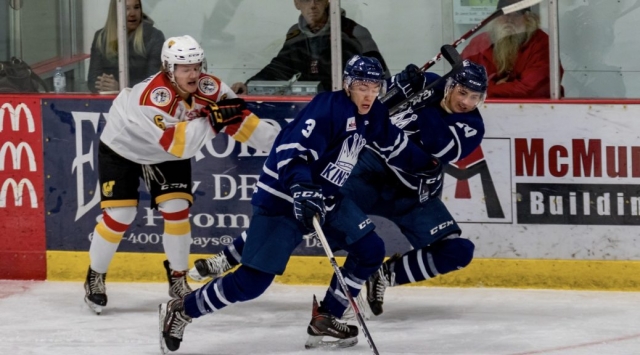 The Dauphin Kings will look to begin 2020 on the right foot today when they begin their second half of the season.

The team is in Waywayseecappo to play the Wolverines. Dauphin beat Wayway just prior to Christmas, 3-2. Tonight is also the sixth and final meeting of the season between the two clubs.

Dauphin will welcome back some offensive force to their lineup. Nakodan Greyeyes and Austin Lamotte will be back alongside Matthias Smith who was injured in Dauphin's final game before the break.

The Kings enter January with a great chance to move up in the standings. Many of their games come against teams above them in the standings as Dauphin enters tonight's game in seventh place. Dauphin will play seven of their 10 games this month on the road. Darnell Duff won't have tonight's call but he will have the call of the remaining six.

Waywayseecappo enters tonight's game in fifth place in the MJHL, seven points ahead of Dauphin.

Puck drop tonight is set for 7:30 at the Waywayseecappo Arena Complex. Dauphin returns home on Tuesday against Virden. 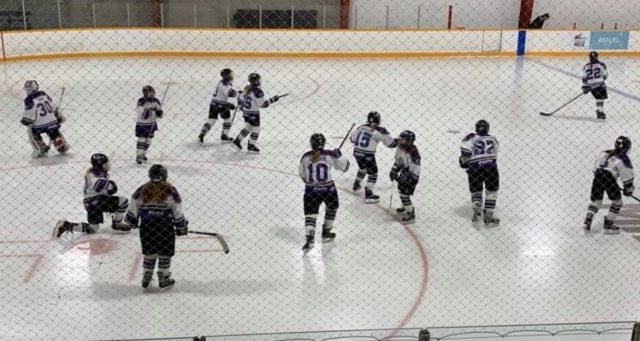 Carli Durston had a career performance for the Grand Plains Peewee Ice Dogs.

Playing in their first game of 2020, Carli scored five goals in a 7-4 win against the tough Hamiota Huskies.

Brooke Shewchuk and Jordyn Seversen scored one goal each. 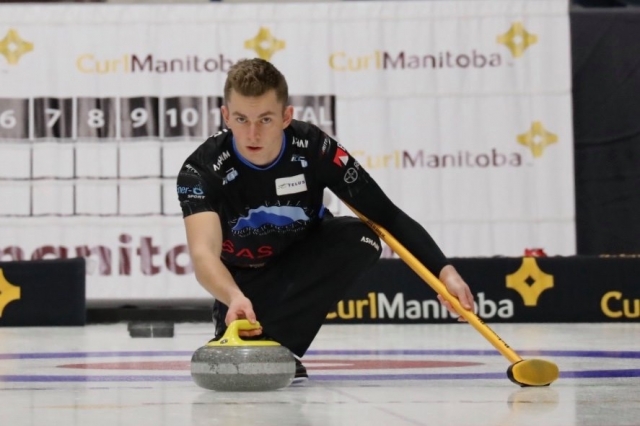 The road to become a provincial champion has become a bit longer for Dauphin's Lawson Yates and Lane Prokopowich.

Gauthier has now earned a berth into the New Holland Canadian Junior Championships.

Zacharias, meanwhile, has advanced to the provincial final tomorrow afternoon at 1:00.

Lane and Lawson will hit the ice again at 9:00 a.m. Lawson and Team Walter will play in a semifinal against Team Ryan Wiebe which includes Swan River's Carter Watkins.

Prokopowich and Team Gray-Withers will challenge Team Bergman in the semifinal, also at 9:00 a.m. Both games will be at Credit Union Place.

The event saw dozens of local curlers between the ages of six and 13, all of which gave it their best shot with the goal of advancing to the provincial event.

In the end, the winners were Mickayla Zurba, Jordan Height, and Kiara Wilson.

All three curlers will now head to Winnipeg to take part in the provincial event which takes place during the Viterra men's curling provincial championships next month. 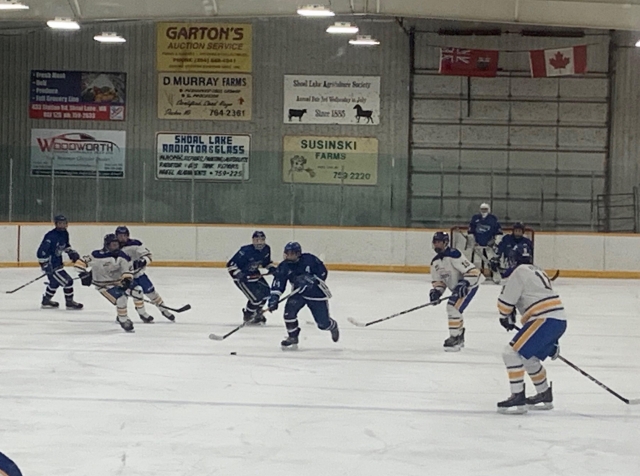 Steven Arp came up huge for the Parkland U18 Rangers today. Playing in their first game of 2020, Arp scored with just 17 seconds left to tie their game against the Winnipeg Thrashers.

The goal earned Parkland a point as they took one of the best teams in the league into overtime. In the end, however, a point would be all Parkland would get in a 4-3 loss.

Parkland had a 2-1 lead after 40 minutes on goals from Jayden Jubenvill and Rylan Gibbs.

Winnipeg would score two straight in the third to take a 3-2 lead late and it looked like they would win in regulation, but Arp had other plans. He tied it up before Winnipeg scored the overtime winner with just more than two minutes left.

Parkland plays Interlake tomorrow in what will be a huge game as both teams are tied for the final playoff spot.