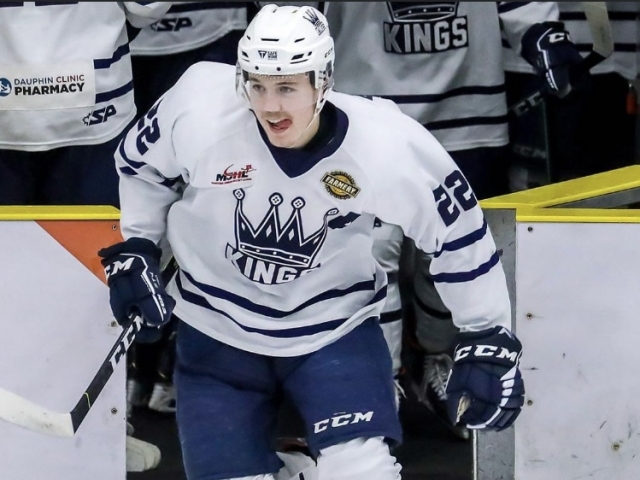 On Tuesday, January 4, the Neepawa Titans battle the Selkirk Steelers. A few days later on Friday, January 7, the Kings are back in action against Winkler.

"At this time, we plan on returning under the current public health orders," said Kevin Saurette, commissioner. 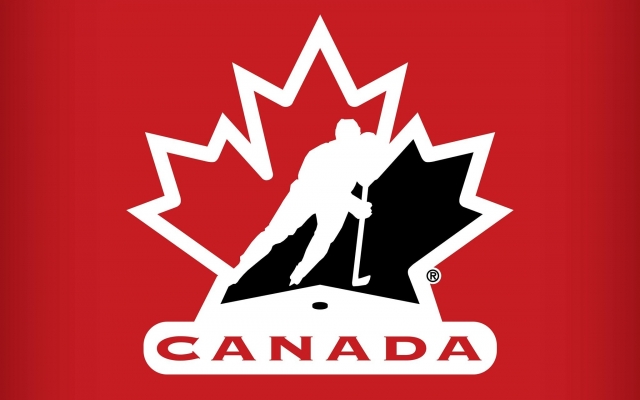 The remainder of the World Juniors Hockey Championship has been canceled because of multiple positive covid tests by players. There had already been three games forfeited because teams were having mandatory quarantines after their players had positive tests.

Canada won their first two games and was set to play Germany in Edmonton tonight. Winnipeg Jets prospect Cole Perfetti was leading the tournament with 6 points. 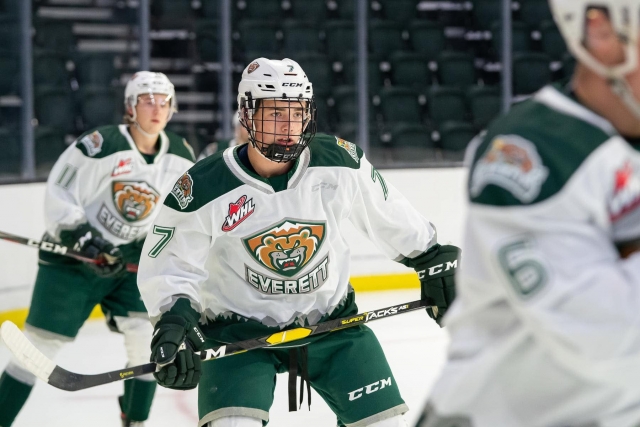 Making his Western Hockey League debut on Tuesday night, Kyan Grouette made it a memorable one.

The Dauphinite who was called up by the Everett Silvertips scored his first goal with the club in a thrilling 6-5 overtime win.

Kyan originally signed his standard player agreement before he was sent back to the Parkland Rangers where he has already scored 11 times and has 34 points in just 27 games.

"Extremely special moment, I'm just happy that I was given this chance," said Grouette after the game. 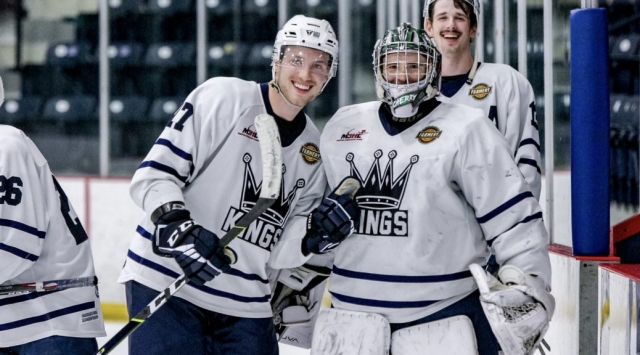 Dr. Brent Roussin announced new public health guidelines on Monday afternoon and they will affect how many fans are welcomed into the building starting with the Kings home game on Friday, January 7.

A maximum of 250 people will be permitted inside Credit Union Place and that includes all volunteers.

The Kings will provide more information in the near future. 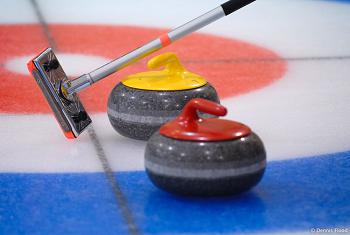 The 16-rink tournament to determine Canada’s mixed doubles team for the upcoming Beijing Olympics was scheduled to begin Tuesday.

Curling Canada’s High-Performance staff will consult with the Canadian Olympic Committee and Own the Podium to decide the best process to nominate a Canadian mixed doubles team that will compete in China.

An announcement of the nominated team will be made when the process is complete.

Ukrainian Night Coming Back To Dauphin 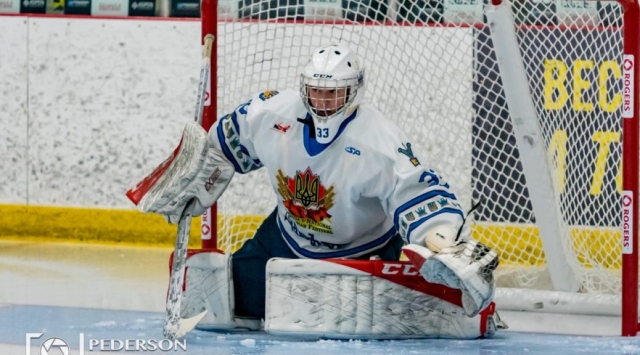 Ukrainian Night is coming back to Credit Union Place.

For the first time in quite sometime, the Kings will host the game in Dauphin when they welcome the Virden Oil Capitals to town on Friday, January 28.

It's a game that is always a hit and features entertainment throughout the contest including intermission activites. You can secure your ticket by emailing This email address is being protected from spambots. You need JavaScript enabled to view it..

Swan River Native Shines On The Field Too 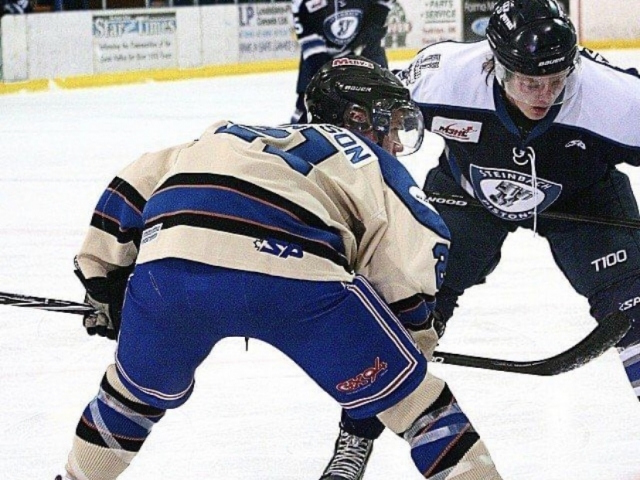 Cody Ellingson played 126 games with the Parkland U18 Rangers from 2011 to 2014 and in his final season with the team, the Swan River native scored 24 times and had 19 assists.

It was that success that allowed him to advance his hockey career as he joined his hometown Stampeders in the 2014-15 season. It was a pretty solid rookie campaign for the now 24-year-old has he had 14 points in year one. The following year, Cody broke out as he had 14 goals and 43 points and in his final year with the Stampeders, Ellingson chalked up 30 points.

Now playing senior hockey with Balcarres Broncos, Cody still says he remembers every moment of playing with his hometown team.

"I always wanted to follow in the footsteps of the guys that came before me," said Ellingson. "To get the chance to play in front of my family and friends every night as a Stampeder, it was extremely special."

After his final year as a Stampeder, Cody's main focus switched to education as he moved to Regina to attend the University of Regina. And while he was moving there for the first time, he had a thought of playing football. He hadn't really in the past as he was too busy with hockey but now that his highly competitive days had come to an end, he wondered if he could make the switch.

And now a few years later, Cody is an all-star. He's now played three seasons with the Regina Rams university team, recording 13 solo tackles and 10 assists in his three years with the team. Cody has also excelled on special teams and he was rewarded for his success as he was named the team's most outstanding special teams player. It was an award Cody wasn't expecting to get but he has put a ton of hard work in over the past few years and he's happy to be recognized.

"I tailored my game to the special team's side of the game," said Ellingson. "I love flying down the field and not caring who's coming at me, that's my mentality. It's a great honour and it means a lot to me." 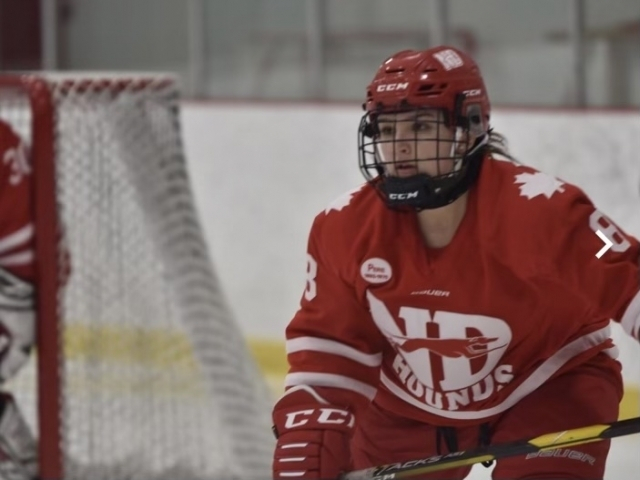 Mya Kubrakovich has taken her talents to Notre Dame this year. From Dauphin, Mya is now playing with the Notre Dame Hounds in the Saskatchewan Female U18 Hockey League and she isn't regretting her decision of leaving Manitoba.

Following a 15 point campaign with the Yellowhead Chiefs back in the 2019-20 season, Kubrakovich felt making the move to Notre Dame was the best decision for herself to grow on and off the ice.

"The Yellowhead family was great, I will forever be grateful for the opportunity they provided me with," said Kubrakovich. "With that said, the Notre Dame family has been amazing during my time here as well, I'm enjoying every second and I really believe I'm improving."

Kubrakovich and the rest of the team are 11-1-1 this season and they're just one point behind Regina for first place in the league. Mya has also added up three assists in her 13 games.

"We have a great connection and I'm really happy that we're winning," said Kubrakovich. "We know; however, that we haven't done anything yet. There is a lot of season left and we have a lot to prove."

The team plays eight games in January, including one against the league-leading Regina club on Wednesday, January 26. That's followed up with another nine games in February, two of which will come against Regina. So 17 regular-season games in the next two months are on the way for the Hounds and the team is ready for the challenge. And despite being just the Christmas break, Mya knows this team has what it takes to make this season one to remember.

"I've never been on a team like this, we have such a special bond," said Kubrakovich. "This is a special team, everyone has one common goal and that's to win a championship, so we'll see how it goes." 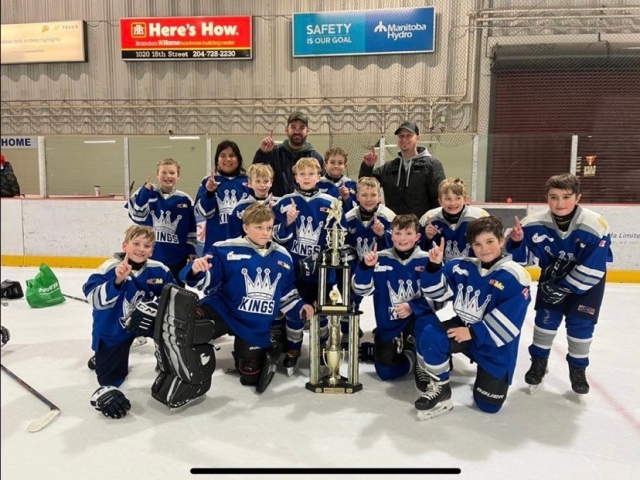 The Dauphin Jr U11 Kings had a tremendous weekend in Brandon and as a result, they came home with some gold medals.

They didn't drop a game, winning in convincing fashion in most of their games to win a tournament over the weekend. In an all Parkland battle final, the Jr Kings downed the Dauphin Ice Breakers, 5-2.

Prior to that, they beat the Atomic Brandon Blue Huskies, 8-0, Flin Flon Bombers, 11-0 and the Atomic Yellow Knights, 7-1.

It was the team's first tournament title of the season. It was also a great weekend for the Ice Breakers, who played very well. 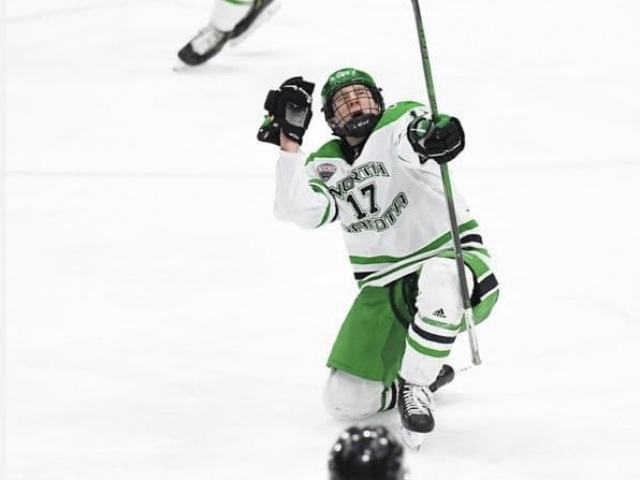 The Christmas break is here for Riese Gaber as he's back in the Parkland enjoying some well-deserved time off before heading to North Dakota to continue his Division 1 NCAA career with the North Dakota Fighting Hawks.

And when he does return south of the border just after Christmas, Gaber will be looking to continue with the great year he's put together. The 22-year-old has already scored eight goals in 19 games this season and he's added 12 assists. Gaber had 21 points last season so without a doubt, he will record another NCAA career-high with the second half of the season still ahead.

The team itself will also head into the second half on top of the National Collegiate Hockey Conference (NCHC). They're 8-2 in conference play, one season after they won the conference last year.

"Things are going good, it's been a pretty solid start for us," said Gaber. "I think some people set expectations for us a bit lower because of some of the players we lost but we knew what we could do. I'm not surprised with where we are right now."

When it comes to himself, Riese says he always sets his expectations super high and he will continue doing whatever it takes to lead this team offensively. Gaber's 20 points have him in first in team scoring, one more than Jake Sanderson.

Out of the Christmas break, the team plays five straight games on home ice, one of which is an exhibition contest against the U.S. Under-18 Team. They're back into conference play on the weekend on January 14 when they host Omaha twice and the following weekend, Gaber is off to Kalamazoo to play against a former teammate, one that is dominating.

Western Michigan is led by Drew Worrad who has 27 points this year, five of which are goals and he was Riese's teammate with the Steinbach Pistons in the 2017-18 season when they won the Turnbull Trophy and Anavet Cup.

"He's a pretty special player. Getting the chance to play with him in Steinbach was great," said Gaber. "I'm super happy for him, he's worked really hard to get where he is now."

Riese still remembers that championship season in Steinbach as one of his favourites. After all, it's not often that you win two championships in a matter of just more than a month.

U18 Rangers Enter Christmas On Fire 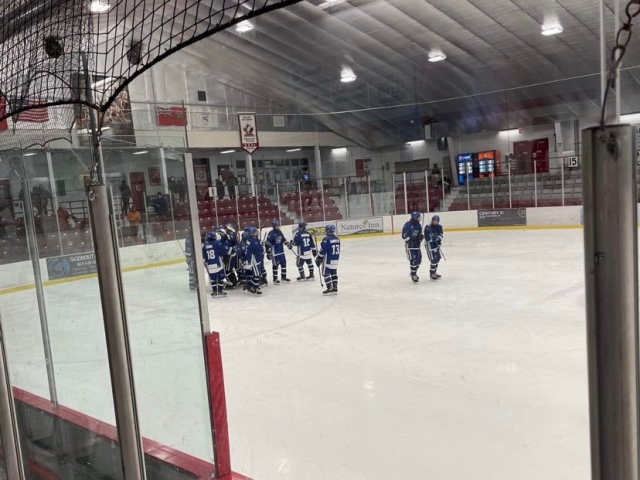 The Parkland U18 Rangers had no troubles scoring this weekend and as a result, they're heading into the Christmas break with two more wins.

Wrapping up a two-game set in Kenora, Parkland lit up the scoreboard on Sunday afternoon with seven goals as they downed the Thistles, 7-3. Will Munro had the hottest stick as he scored three times and added one assist for a four point afternoon. Jayce Legaarden; meanwhile, scored two. Rylan Gibbs and Kyan Grouette scored a single each.

On Saturday night, the Rangers put up a touchdown in the second period as they opened their weekend with a 9-5 win. Will Munro and Kyan Grouette both scored twice for Parkland. Carter Zalischuk, Rylan Gibbs, Madden Murray, Jayce Legaarden and Bo Eisner all scored once. Gibbs and Legaarden also had three assists each.