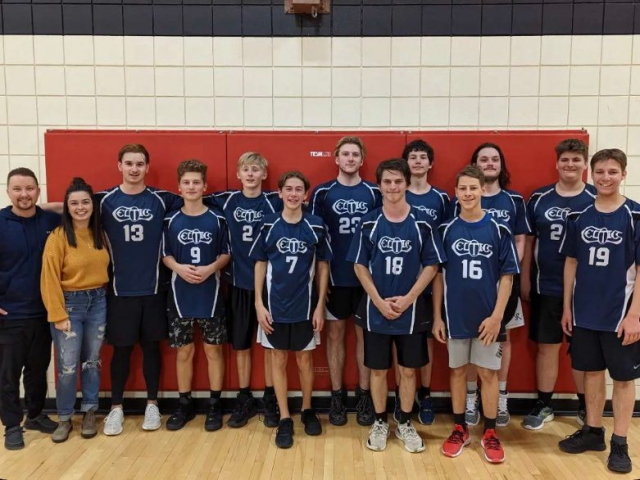 The Ste. Rose Celtics varsity boys volleyball team is heading to the provincial championships after they beat the number 1 one ranked team in the province.

Playing in the zone championships, the Celtics went a perfect 3-0 in the round-robin which included a thrilling win against the Alonsa/McCreary Mavericks, who entered the tournament as the top-ranked team at the 'A' level in Manitoba.

Ste. Rose also beat Morweena and Rivers. Alonsa/McCreary downed Morweena to also book their berth to the big dance. The Ste. Rose girls finished 2-1 and they're also off to the provincials.

Nathan Zadorozny is the Celtics' boys' coach and he says he is very proud of the team.

"Our players have worked so hard all season long," said Zadorozny. "I'm extremely proud and I'm looking forward to heading to the provincials with this great group." 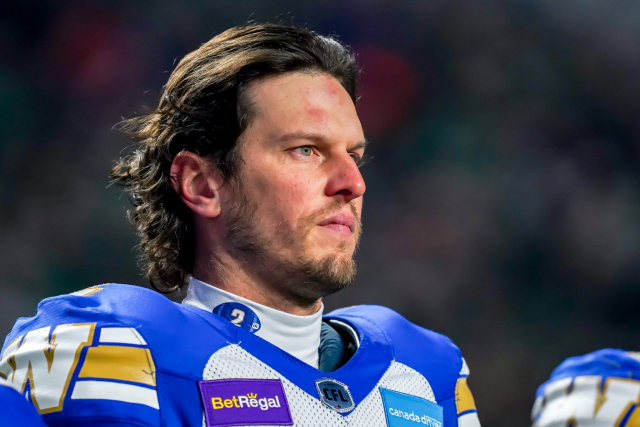 The Argos were down 23-14 early in the fourth before scoring 10 unanswered to win it. Toronto's win snapped the Bombers' hot streak at the Grey Cup after they won the past two editions. It was the team's first meeting in the big dance since 1950. 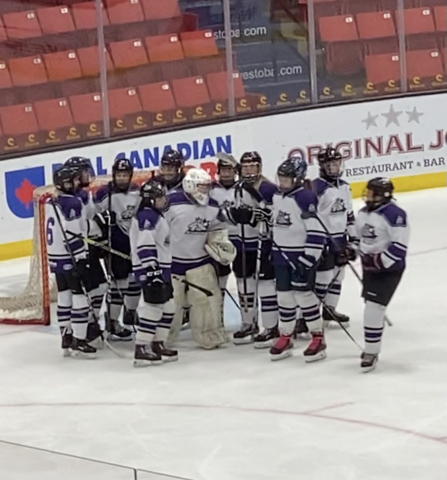 It has been an outstanding weekend for the Grand Plains U18 Ice Dogs.

Playing in the Subway Female Hockey Challenge in Brandon, the team has been unstoppable and they will now play for a title. The tournament welcomes teams from Ontario, Saskatchewan, and Manitoba.

In their wins against the Wildcats, Regina and Southwest, the team has tallied 17 goals while giving up just two.

Montana Jubenvill had a hat-trick against Southwest while Caitlin Fillion has been a brick wall in net.

The gold medal game is set for Sunday afternoon.

Trojans Triple It Up, Provincials Bound 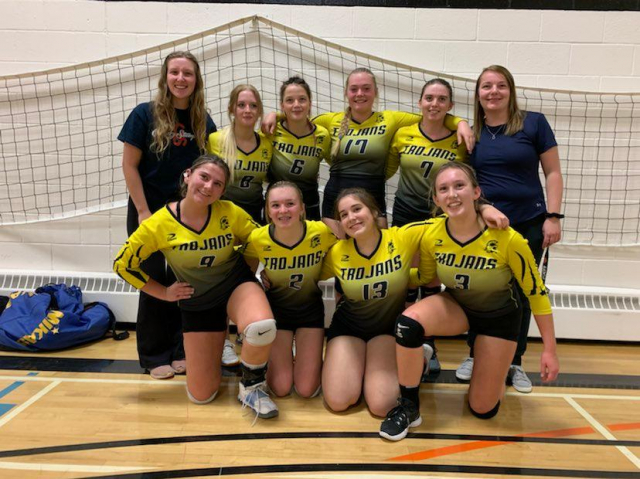 Three teams from the school will all battle for a buffalo. The junior varsity girls claimed a spot in the big dance last weekend and they're heading to Major Pratt next weekend.

This weekend, it was the varsity boys and varsity girls that booked their berth in the provincial championships. The girls hosted the regional qualifiers. 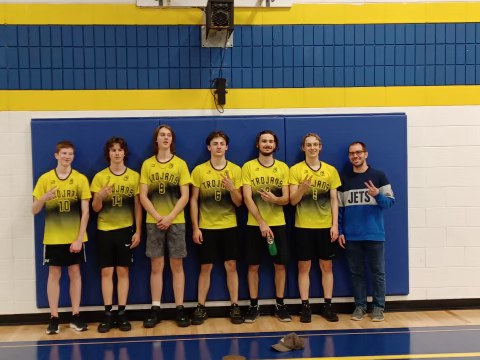 The boys; meanwhile, had to head on the road, but they got the job done in Treherne.

Big Win For U18 Rangers 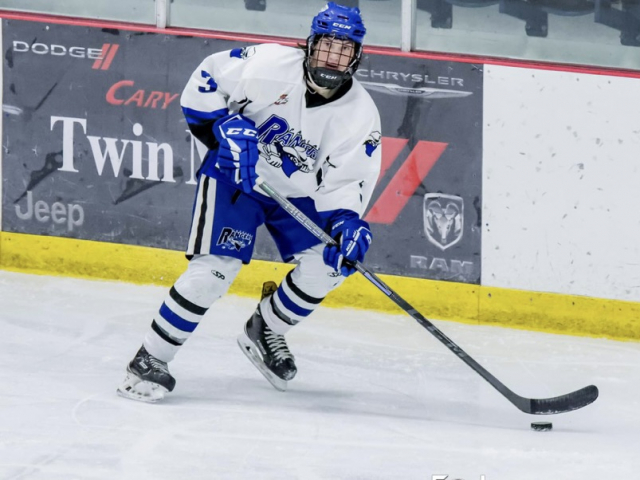 Opening a weekend set against Russell, the Rangers downed Yellowhead, 4-3.

Mushumanski also scored in regulation as did Tyrell Leaske and Luke Myhre. 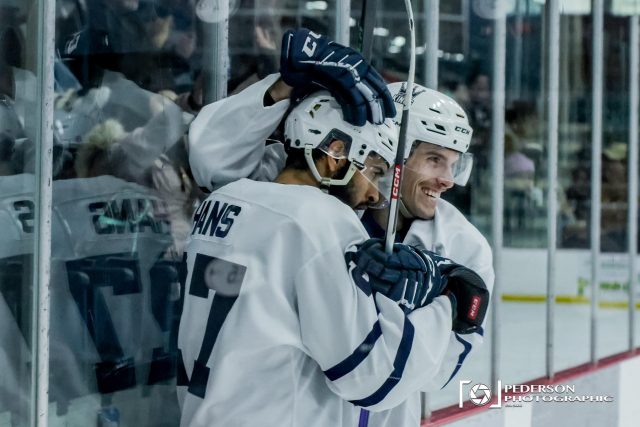 The Dauphin Kings have their 13th win of the season.

In an offensive affair against the Winnipeg Freeze, Dauphin put up a six spot in a 6-4 win. The Freeze had a 3-2 lead in the game in the second period before Rylan Gibbs scored to tie the contest at three.

Myles Yearwood's goal 2:17 into the third period gave Dauphin their first lead of the game and Alex Senf would give Dauphin a 5-3 lead. The Freeze would bounce back as Eric Mork scored his eighth goal of the season. Deepkaran Hans would seal the game with his ninth goal of the season with 1:48 left in the game.

Marko Belak finished the night with 21 saves. Nolan Wickham and Tyson Pauze also scored for Dauphin in the game.

Dauphin is now 13-8-2 as they have 28 points. Swan Valley lost on Friday night so the Kings are alone in second place in the West Division.

The team's game on Sunday has been postponed and a makeup date has not been announced. 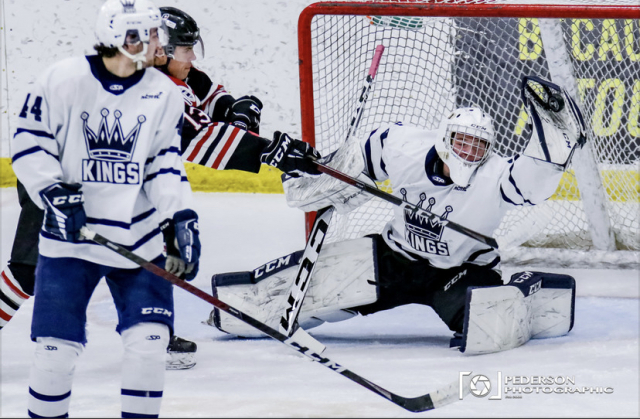 The Dauphin Kings are coming off a weekend in which they lacked urgency in one game but played with speed in their second contest of the week.

Now, the team will look to replicate Sunday’s effort as they hit the ice on Friday night to open a weekend home-and-home with the last-place team in the league. Opening Friday’s game 8-3 on home ice, Dauphin welcomes the Winnipeg Freeze to town. Winnipeg has just two wins this season and their five points have them 16 points back of the Niverville Nighthawks for fourth in the East Division.

Winnipeg has given up at least five goals in their last five games with a total of 29 going past their goalies in that time. Dauphin enters Friday’s game just five points back of the OCN Blizzard for first place in the West Division.

OCN is in tough this weekend as they play the Winnipeg Blues and Steinbach Pistons. Friday’s game is also the first of three games in five days. After this two-game set against Winnipeg, Dauphin welcomes the Centennial Cup-hosting Portage Terriers to town.

U13 Tournament In Town 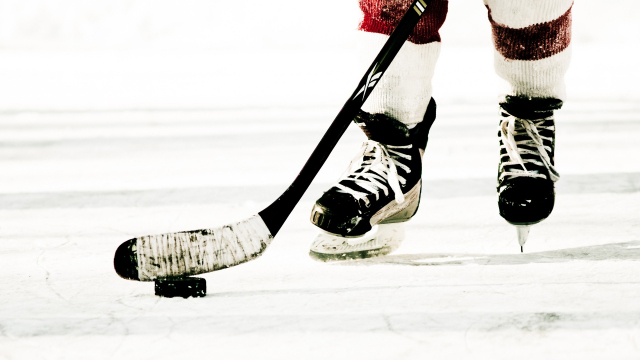 The Aspen Insurance U13 Gold Showdown is all set to take over Credit Union Place and the Rotary Arena this weekend.

There is one change as the Niverville Clippers have pulled out of the tournament, the Virden Oil Capitals will take their spot.

Here is the schedule for the weekend: 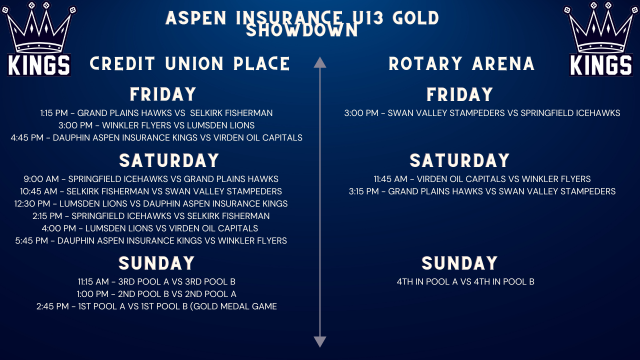 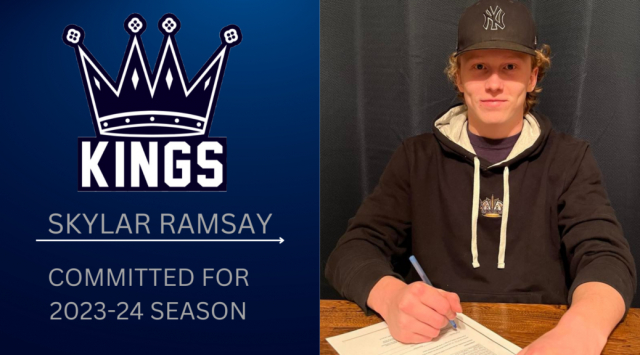 Last week, the Dauphin Kings announced that hometown boy Madden Murray had committed to the organization for the 2023-24 season.

Now two days removed from a solid overtime win against the Winkler Flyers, the Kings are pleased to announce the committment of Skylar Ramsay. From Brandon, Ramsay is in his third season with the U18 Wheat Kings.

He was originally drafted 60th overall by Dauphin in the 2020 Draft.

“It’s very exciting, it’s a great organization to join,” said Ramsay. “I have been thinking about this and looking forward to it for a long time, so I’m super excited and happy.”

Doug Hedley had this to say when asked about Skylar committing to the program.

“We are very excited to have Skylar join the organization,” offered Hedley. “He is a power forward with size and speed.”

The Wheat Kings are tied for first place in the Manitoba AAA U18 Hockey League with a record of 14-1. Their 28 points are matched by the Winnipeg Bruins; however, Brandon does have two games in hand. The Wheat Kings have scored 77 times and have allowed the fewest goals in the league with 32.

They won their first 14 games of the season before losing to the Bruins over the weekend.

“Things are going pretty well here,” said Ramsay. “It was great for us to get off to such a hot start. We didn’t play our best against Winnipeg but that’s going to happen, they’re also a very good team.”

Skylar scored 10 times in the regular season last year and he added 11 assists before scoring twice in the playoffs. In 15 games this season, the recent commit has scored twice while adding six assists. While he is somewhat pleased with his performance, Ramsay knows he has more in the tank.

“I’ve been alright this season but I believe I have more so producing more is something I am certainly working towards,” offered Ramsay.

When asked what he likes about Ramsay’s game, size is a big factor says, Hedley.

“We are looking forward to Skylar wearing our crest and us assisting in his development.” 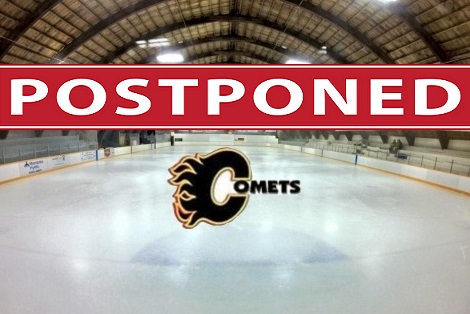 If you were looking forward to watching the first Grandview Comets home game in more than two years, you will have to wait a little bit longer.

The Comets were scheduled to host Whitewood on Saturday; however, Whitewood is unable to make the game. Due to this, Grandview is awarded the win and they're now 2-0. The team is off to Langenburg on Friday to play the Warriors.

Following Friday's game, Grandview is in Rocanville next Friday and they're in Swan Valley next Saturday. Grandview's first home game is now set for Friday, December 2 when they welcome Rocanville to the GACC.

Around the league, the Swan Valley Axemen came from behind to win their first game. Trailing by four goals, Swan Valley had a furious comeback and completed it in a thrilling 10-9 shootout win against Langenburg. Carter Cockburn led all skaters with five points, three of which were goals. Josh Tripp scored twice in the third period and he scored the eventual shootout winner. 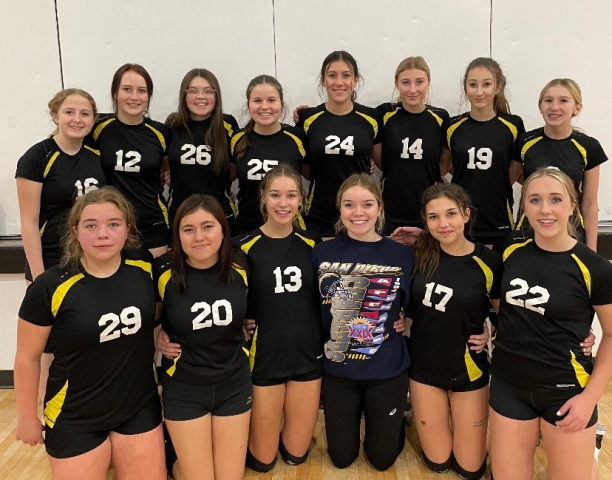 The Gilbert Plains Trojans junior varsity girl's volleyball team is off to the provincial championships.

At the zone championships, the Trojans downed Sandy Bay, Roblin, and Ebb & Flow.

The provincials are from November 24 to 26 at Major Pratt School in Russell.