Rugby is growing in the Parkland and boy did that ever show this past weekend.

The 13U Parkland Pirates went undefeated throughout the regular season.

So heading into the Manitoba Regional Championships, it’s safe to say the club had high expectations.

And they sure made good of those expectations as they smashed the Winnipeg Storm, 22-0 to win it all.

The 13U team wasn’t the only team from the Parkland that dominated at the regionals.

The 11U Pirates also has a fantastic weekend and they finished it off perfectly. 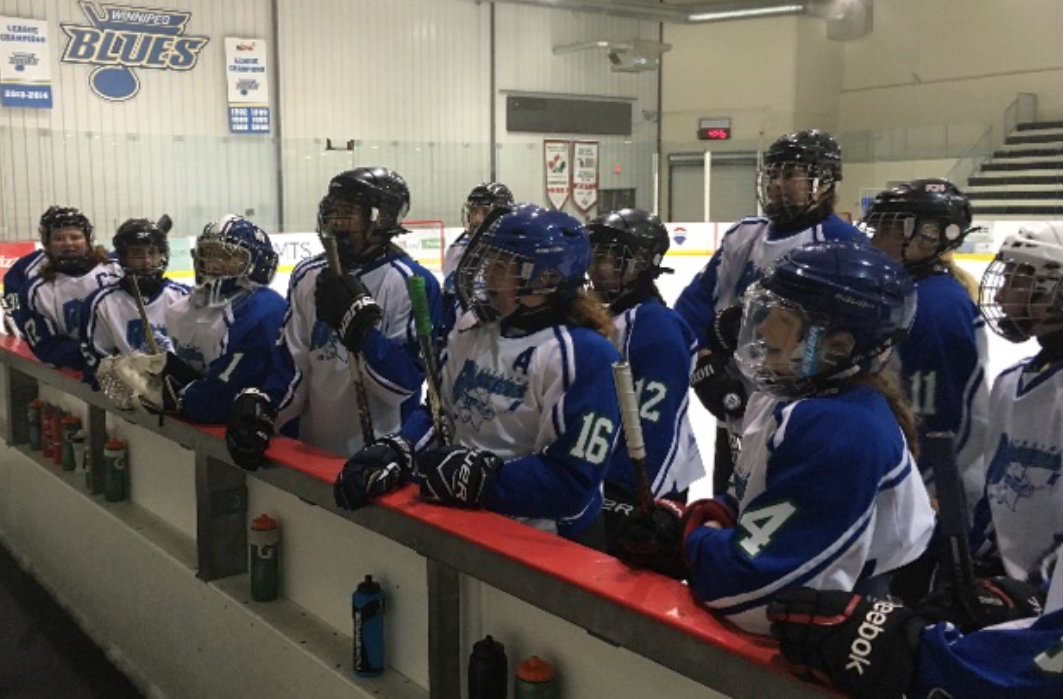 The Parkland Bantam Women’s Rangers are having some early season success.

After the team opened the AAA Showcase with a win on Friday, the Rangers were in tough on Saturday.

Yesterday, the Rangers got back in the win column.

Brooklyn Hramalak and Samantha Maserko scored two goals each that went toward an 8-6 win against Interlake.

There’s no doubt it was a complete team effort all weekend, but some players on the Rangers had some pretty spectacular weekends.

Jayselyn Nybo (7 points), Trynity Turner (6 points) and Brooklyn Hramalak (5 points) all finished in the Top-10 in scoring throughout the showcase.

It'll go down as a weekend the Parkland Midget Rangers will soon hope to forget.

In the first game of their weekend doubleheader yesterday, the Rangers lost to the Thrashers, 8-0.

Rookie goaltender Keaton Ziprick made 46 saves in the game.

The Dauphin Clippers varsity girls volleyball team came back to the Parkland with some hardware.

They won the Consolation Championship at the Vincent Massey tournament.

The club beat MBCI from the Pas in the final.

Next up for the team is their home tournament in three weeks.

The Dauphin Kings looked extremely solid tonight, as they beat the Selkirk Steelers, 7-3 to complete a two-game weekend sweep.

It was the Steelers who scored first just over five minutes into the first frame.

Then Carter Sawchuk and Wayde Johannesson scored for the Kings to put them up 2-1 after 20.

Selkirk tied it up in the second, but from there it was all Dauphin.

Riley Shamray, Riley Buller, Jaymes Knee and Jacob Evans all scored one a piece to take a commanding 6-2 lead after 40.

Mitchell Joss scored Dauphin’s seventh and final goal in the third, and Selkirk added one more.

Dauphin’s back at it on Wednesday. They’ll head to Neepawa.

The Parkland Bantam Rangers are officially on the board.

They won their first game of the regular season earlier today, as they beat Interlake, 5-4.

Steven Arp led the team with two goals. Rylan Gibbs, Carter Zalischuk and Jayce Legaarden all had one a piece.

The Rangers are back on the ice tomorrow against Brandon.

The Dauphin Kings will look to build off the momentum they gained last night after beating Selkirk 6-5 in a shootout.

The club is back at it against the Steeltown boys.

Tonight’s game is the final of a quick two-game homestand for the team. They’ll then head out on the road for a few more games.

Besides picking up two points and scoring five times in regulation last night, another positive from the game was the power play. Coming into the game 1-19, the Kings struck once yesterday on the man advantage.

But, the teams penalty kill struggled. They were sent to the box six times overall, and Selkirk scored three on the PP.

Tonight’s affair will already be the third between the two this season.

After the game will be the first Skate with the Kings! 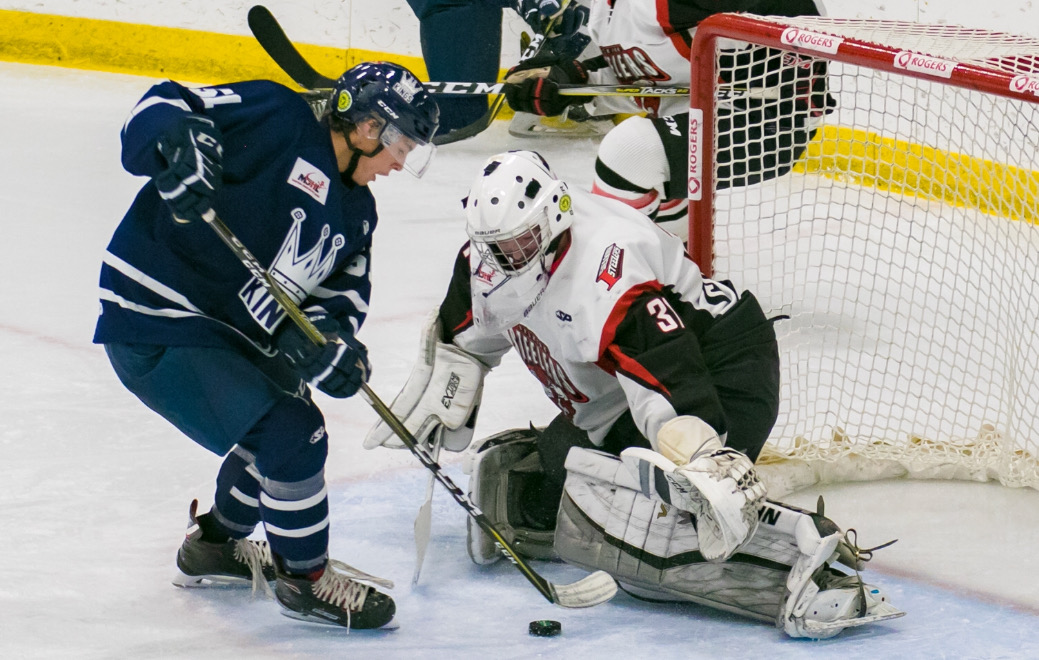 The Dauphin Kings are the champions of the shootout early in the MJHL season.

The Kings improved to 4-3 on the season with a thrilling 6-5 shootout win against the Selkirk Steelers tonight.

Riley Buller opened up the scoring for the Kings 9:05 into the first. The Kings increased their lead to 2-0 when Grady Hobbs scored his first of the season at the 9:48 mark.

Nate Halvorsen scored one in the first and one early in the second to tie the game up.

Dauphin then went back on the attack. George King scored his first regular season goal as a King 2:49 into the second. That was followed up by Avery Smith who scored his second goal for the Kings as the team took a 4-2 lead heading into the third frame.

Then things started to come apart for Dauphin. Nate Halvorsen completed his hat-trick, and the Steelers scored two other goals to take a 5-4 lead late.

But, the Kings rally caps worked to perfection. Off a mad scramble in front, Riley Buller scored his second of the game with just 12.2 seconds left to send the game into overtime.

Both teams had great chances in the extra five, but no goals were scored.

In the shootout, George King and Nakodan Greyeyes scored and Brennan Kitchen stopped each shooter he faced to pick up the wild win.

The club returns to the ice tomorrow evening when they continue a weekend series with Selkirk.

Winnipeg’s Andrew Harris also had yet another monster game. He rushed for 132 yards over 20 carries and picked up 31 more yards through the air.

The loss cost Ottawa a chance to clinch a playoff spot and a post-season home game.

Meanwhile, Winnipeg gave itself a bit of temporary breathing room in its playoff push in the very tight West Division.

The Bombers will now prepare to host Saskatchewan next Saturday. 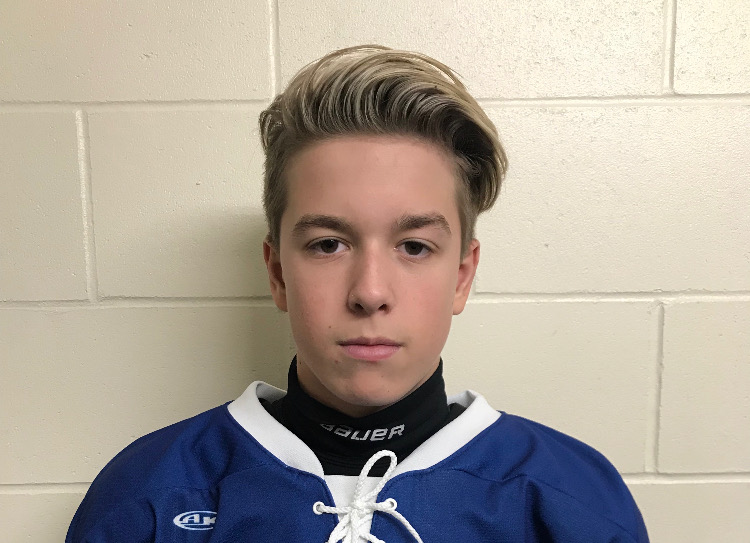 Heading into the season, it's a level he wasn't totally familiar with.

Dauphin's Rylan Gibbs knew he had to work super hard if he wanted to make a splash playing AAA hockey. Now it's fair to say the 14-year-old has already made a splash by just making the Parkland AAA Bantam Rangers.

That mean's he's one of the best forwards in the entire region. Then throughout the pre-season, Rylan put any doubt of if he could play AAA hockey to rest. On a Rangers team that went 4-2, Rylan proved to be a big factor in the team's success with multiple goals and assists.

Yes, that was the pre-season. But, if he continues to play and work hard as he has in the past, you can expect to hear about Rylan Gibbs plenty often this winter. Now with all that in the past, Rylan is just focusing on the team's regular-season opener later today.

They're at the Bantam AAA Showcase in Winnipeg.

"There's going to be a lot of hype going around the room heading into the game," said Gibbs. "Everyones super pumped up, including myself."

"It's just an exciting time right now with kicking off the season for real," he said. "I got the taste of what playing in this league looks like in the pre-season, and I'm just ready for this. It's going to be a challenge, but I'm good for it."

Today the team starts off by playing a city team in the Winnipeg Sharks. That's followed by the Interlake Lightning tomorrow. In the pre-season, the Rangers beat the Lightning. The busy three-game in three-day stretch wraps up on Sunday with a game against the Brandon Wheat Kings.

"I think to have success this weekend, we just have to put the puck towards the net," added Gibbs. "After that, we need to crash the net and get in the dirty areas. And of course, we need to play in the defensive zone. That's the most important thing that must happen."

"We're pretty fortunate going in that we have lots of guys who can make it happen offensively," he added. "And we have some solid back-end players. Hopefully, we can put it all together this weekend and get some wins." 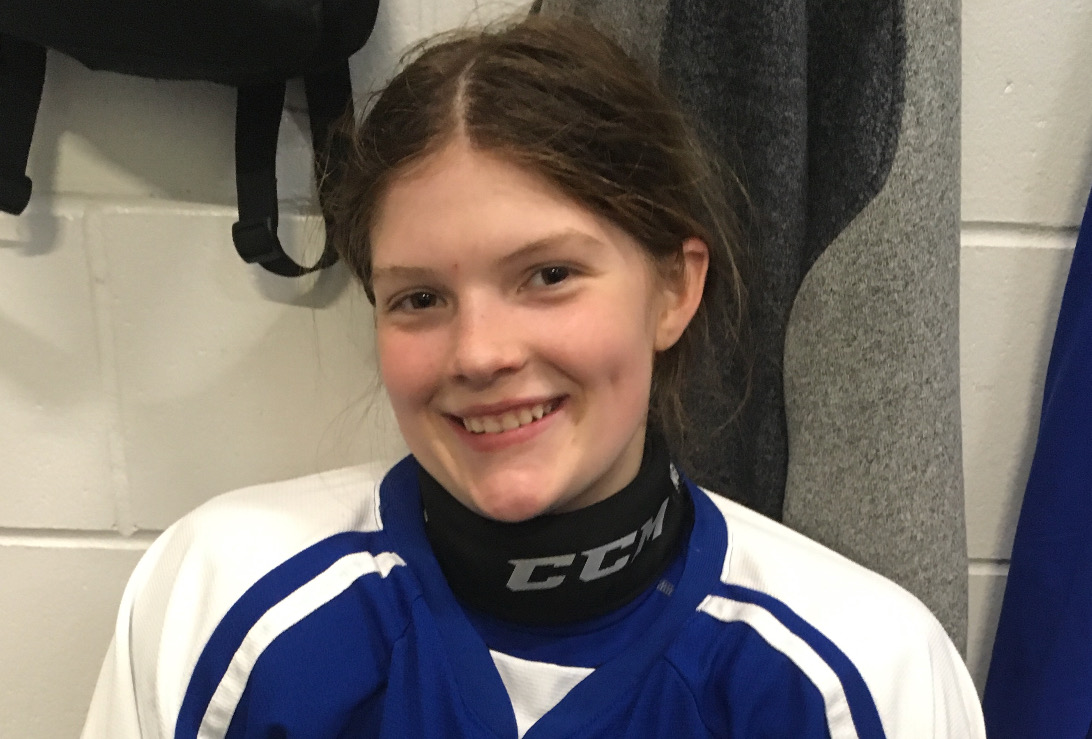 The Parkland Bantam Women's Rangers have started their season at the Showcase in Winnipeg.

And that means that Dauphin's Allee Hrechka has started her season.

The 13-year-old will be on this year's squad.

"I'm just really happy to be on this team," said Hrechka. "It's great that there is a team at this level."

After the team's first game against the Titans, Hrechka and the rest of the team will hit the ice twice more this weekend.

Allee knows the team has plenty of ladies that can score, but she has a goal of her own.

"We have some really good girls on the team, but I know if I can score we'll have more success," she added. "It should be a pretty fun challenge playing against the top bantam women in the province."

"It's all about working extremely hard and I can never stop skating," said Hrechka. "I'm pretty sure everyone on the ice has the same mindset that we need to work hard."

Making the Rangers this year is no doubt a memorable feat for Allee. But, last season may go down as the highlight of her young hockey career to date.

"I played with the Ice Dogs last year and we only won two games all season long," added Hrechka. "Then we went to the Provincial Championships, and we almost won the gold medal. That was pretty special."

When you talk about personal success, it comes as no surprise that Allee will now represent the Parkland on the regions only AAA team. Her brother Garrett Hrechka plays on the Midget AAA Parkland Rangers. So it's safe to say that the Hrechka's are taking the Parkland by storm.

"I always looked up to my brother," added Hrechka. "I've always wanted to be just like him. It's pretty cool that we're both playing AAA."