The Dauphin Kings put another good battle forth, but it wasn’t enough tonight in Winnipeg.

They lost to the Winnipeg Blues, 4-2.

Winnipeg opened the scoring late in the first period and led 1-0 after 20.

Wayde Johannesson tied it up for the Kings 5:32 into the second off a seeing eye shot from the point.

From there, Winnipeg scored two goals in just over a two minute span just halfway through the frame to take a 3-1 lead.

George King brought the Kings back within one with under two minutes left in the second, but that was it.

Winnipeg locked down defensively in the third and they scored an empty netter with just two seconds left.

Dauphin’s back at it on Tuesday. They head north to challenge OCN.

The Parkland Source for Sports pregame show goes at 6:45!

The Bantam Parkland Rangers played their home opener earlier today at Credit Union Place, but it didn't finish the way the club wanted it to.

They fell 6-4 against the Pembina Valley Hawks.

Steven Arp, Carter Zalischuk, Rylan Gibbs and Drake Pahl each scored one for the Rangers in the defeat.

The team will play the Winnipeg Hawks next Saturday in Winnipeg.

Parkland quickly is back to the ice after that game as they play at Credit Union Place next Sunday. The puck drops for that one at 10:00 a.m. against the Wolves. 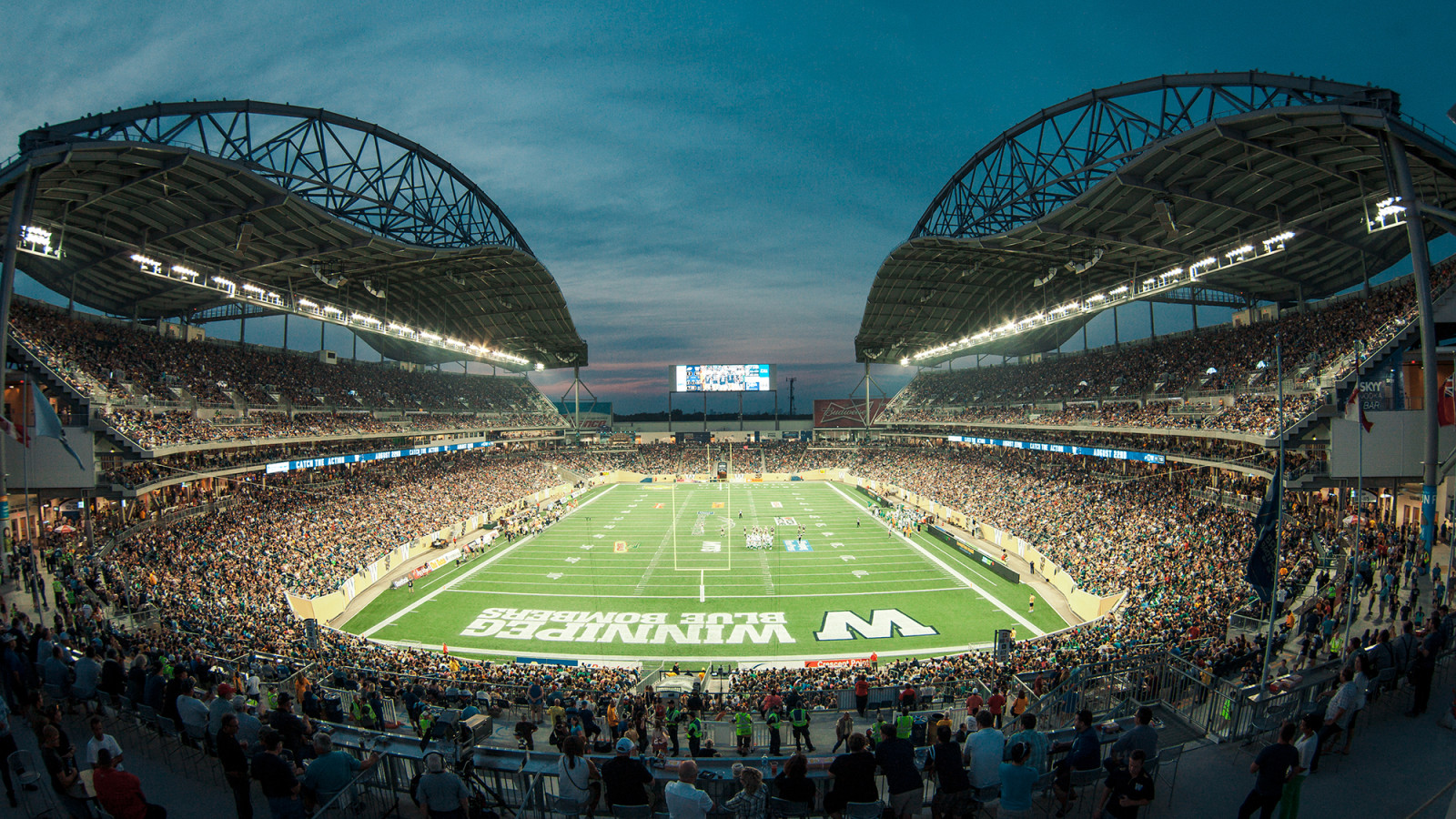 The Winnipeg Blue Bombers lost the first two games of the season against the Saskatchewan Roughriders, but they sure didn't lose the third.

Playing in the team's third and final regular season meeting, the Bombers crushed the Riders 31-0 at Investors Group Field.

In front of a crowd of just over 26-thousand, the Bombers jumped out to a 14-0 lead after 15 minutes, and extended that to a 31-0 lead at halftime.

Matt Nichols was okay throwing for one touchdown, which turned out to be a 72-yarder, but it was really the clubs defence that stole the show today.

Adam Bighill led the club with eight tackles and three quarterback sacks. Also on the defensive side of the ball, Taylor Loffler had two interceptions.

With the win, the Bombers are now 9-7 on the season and have won four straight games.

The Blue & Gold now head into their Bye Week. They'll play Calgary in two weeks time, and finish off their regular season on November 3 against the Edmonton Eskimos.

Clippers Hockey Pick Up Back To Back Wins

The Dauphin Clippers kicked off their hockey season this weekend, and a good weekend it was.

At the Glenboro tournament, the Clippers won their last two games.

The weekend started off with a close 5-4 loss to St. Thomas. Riley Hammond was the star in the game with three goals.

The veteran Hammond continued his great play in the team's second game against Carman. He scored another two goals as the club beat the Cougars, 4-1. Wade Kopytko and Noah Wiens tallied the team's other goals.

In the tournament finale earlier today, the Clippers put a fantastic performance forth in a decisive 5-1 win against Minnedosa.

Riley Hammond added one more goal for the squad to lead the team with six goals in the tournament. Alex Iwanchysko, Kayden Bodnar, Brayden Broome and Wade Kopytko each had one a piece as well.

The Clippers will return to action in a home and home next weekend with Swan River.

For the most part, it's been a tough start to the season for the Parkland Midget Rangers.

They can change that in a hurry tonight when they welcome the Eastman Selects to town.

Since that, the Rangers have had some time to practice and prepare for what should be another tough battle tonight.

The highlight of last weeks game was a 70-save performance from Zach Grouette.

Are you done high school hockey, or junior hockey and you want to keep playing?

Or do you want to bring your skills back into the game if you didn't play last season? Are you willing to do whatever it takes to defend a League Title?

If you answered yes to these questions, the Grandview Comets want you!

The club is getting prepared for what should be another exciting season at the GACC and they're currently looking for young talented players to join the team.

They're going to have a couple tryouts. Here are the dates and times:

Kings Hook Up With Blues

It's time to bounce back for the Dauphin Kings.

Coming off two straight losses, the club rolls into Bell MTS Iceplex this evening to challenge the Winnipeg Blues.

In the first meeting between the clubs, the Kings came back from a 2-0 deficit to pick up two points in a 4-2 win.

A win tonight could perhaps be a small leap in what the Kings hope to be their first extended winning streak of the season. After this evening's contest, the Kings will stay on the road for two more games. They'll take on OCN on Tuesday and Waywayseecappo on Friday before returning home on Saturday.

If Dauphin wants to have success tonight, they'll need to crash the net more often. On Riley Buller's goal last night he crashed the net, but other than that, the Kings failed to really crash the paint.

The Kings will also look to sharpen things up on the powerplay. After going 6-13 in their three previous games heading into last night, the club failed to record a PP goal which included a 6 on 4 late in the game. Dauphin finished 0-4 on the night.

Whatever happens, you can hear it all right here on 730CKDM. The Parkland Source for Sports pregame show hits the airwaves at 6:45. Puck drop is 7:00 p.m.

Kings Give Up Lead & Lose

The Dauphin Kings led by two goals tonight, but it wasn’t enough as they ended up dropping a 5-3 decision to Selkirk.

After some solid chances early, George King opened up the scoring with just over five minutes left in the first.

Jaymes Knee made it 2-0 for the Kings with under eight minutes left in the second.

That‘s when the Steelers turned it on.

They scored a goal late in the second to trim the deficit to 2-1.

Bryon Fobair tied up the game for Dauphin off a mad scramble in front with just over 10 minutes left.

Once again though, the Steelers had a response.

They scored what turned out to be the game winner with 4:40 left. An empty netter in the final minute sealed two points for Selkirk.

When the Parkland Bantam Rangers play their first home game of the season tomorrow, the best young hockey players in the region will be looking to show off their stuff.

And one of those players is Dauphin's Cohen Smigelsky. The 14-year-old has been gearing up for the moment to play on home ice in the regular season for a long time.

"I'm so excited like I'm ready to go already," said Smigelsky. "It's really an honour to be able to play in front of family, friends and the whole community. It's going to be amazing."

Playing on home ice will no doubt be exciting for Cohen and the rest of the Rangers. But, it may also bring some nerves out as the club looks to send the home crowd home happy.

"There will definitely be some moments where the nerves will come out," added Smigelsky. "I'm just not trying to worry about it, though. It's going to be a cool experience."

With the regular season already well underway, and the Rangers being 1-2, Cohen has noticed some things that need to be worked on.

"I would say definitely we have to work on our communication," he added. "And of course we need to be more confident. We have a lot of first-year players, and it takes some getting used too. We're going to get a lot better, and it starts this weekend."

"For me personally, I have to work on getting back to my own game," said Smigelsky. "I have to make solid passes out there and give it all I have every time I'm out there. I have to give this team everything I have."

The Rangers sort of have big shoes to fill. Last year's team won a bronze medal at the Provincial Championships. Even with somewhat of a young squad this year, Cohen is confident in the team's abilities.

"I think we're going to have a good season," he added. "We only have a couple players returning from last year, but we have a ton of skill and commitment. I think we have a great opportunity to make this season a special one for sure."

Cohen knows it's great to get on the scoresheet as much as possible. But, that's not something he's really worried about.

"I don't really have any personal goals as far as assists or goals come," said Smigelsky. "I just want to play my game and help the team out in any way I can. I just want to win, and I'll provide anything I can to make that happen."

Tomorrow's game is set for 1:00 at Credit Union Place against Pembina Valley.

Swan River's Will Munro has been waiting for this moment.

It's the moment that the Parkland Bantam Rangers play their home opener.

And, it's just about here. The Rangers open up their home schedule tomorrow afternoon at Credit Union Place.

Leading up to tomorrow's game, it's been a busy start to the season for the squad. They played six pre-season games and went 4-2. That was followed by their regular season opener last weekend against the Winnipeg Sharks when they lost a close 5-4 battle.

The team then rebounded in their next game to beat Interlake, 5-4. The weekend wrapped up with a 7-1 loss against Brandon.

"I think it's been a great few games for sure," said Munro. "Our team is playing pretty good. We've had a tough couple of games, but we feel good with how we're playing."

This season is a first for Munro. The first year he'll play AAA hockey as he joins the regions only team.

"It's been an amazing experience so far," said Munro. "It's an honour to get the chance to play for this team. I've played a lot of hockey in my life, but this level is way above any of it. It's awesome."

Although it's his first season playing AAA hockey, Munro has found a way to make it work. He's already mixed in a couple goals and assists through the pre-season and regular season.

"I mean I've played with a lot of my teammates in the past," said Munro. "Some are from Swan River, so our chemistry is great. And the guys from out of Swan River are so easy and fun to play with. We also have a great coaching staff that really pushes us to succeed."

Tomorrow's game is a 1:00 start at Credit Union Place. Will wants you to come out.

"It's going to be such a fun game," he added. "I can't wait for puck drop. I'm hoping a bunch of people come out and support us. It should be a great one."

The Dauphin Kings head to Selkirk this evening to take on the Steelers.

It's already the fourth meeting of the season between the clubs.

So far, Dauphin is 2-1 which included a weekend sweep of Selkirk last weekend.

Dauphin will also look to bounce back. They suffered a tough 4-3 loss on Wednesday in which the team was very slow out of the gate.

How slow you ask? The Kings trailed 4-1 before making a game out of it.

Carter Sawchuk continues to lead the Kings with nine points in his rookie season.

A bright spot heading into this evening's tilt is she clubs powerplay as of late. After starting the season scoring at just a 5.3% clip, the Kings have improved immensely on the PP and are now scoring at a 17.5% clip.

Can't make it down to the game? No worries, we'll have the call. The Parkland Source for Sports pregame show begins at 7:15 p.m.