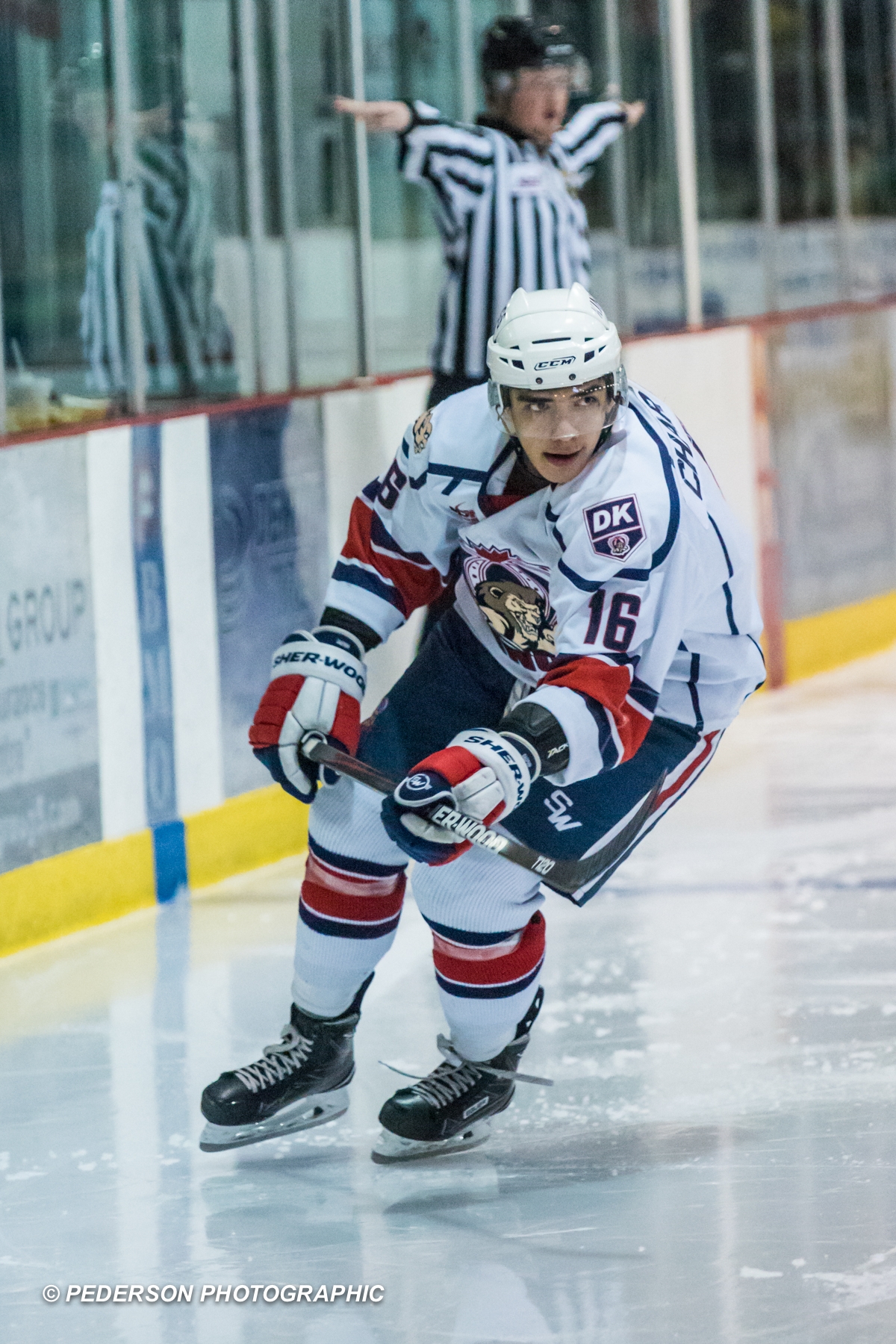 Despite a depleted lineup with eight regulars absent, and three Parkland Rangers called up, the Dauphin Kings pulled off a three goal comeback to spoil the Oil Caps Christmas game in OT.

Matteo made numerous highlight reel stops in the win, turning aside 51 of 54 pucks sent his way.

Kyle Oleksiuk opened the scoring for the Kings 2:11 into the game. A familiar face evened the score at the halfway mark when Kirklan Lycar put the Oil Caps on the board.

The second period was mostly uneventful, until the Oil Caps took their first lead when Kyle Salaway found the back of the net with 22.7 seconds left in the frame.

The Oil Caps extended their lead to two goals with a power play marker at the 5:04 mark of the third period.

Daniel Chartrand decided it was time for the Kings to get back into the win column. Matt Greening scored at the 9:00 mark to bring the Kings within one after Chartrand forced a turnover in the Oil Caps end and connected with his hometown teammate.

At 15:50 the Oil Caps had the puck in the Kings end and attempted a D-to-D blue line pass, when Chartrand intercepted it, and rushed down the ice on a breakaway. Caps goaltender Riley McVeigh turned aside Chartrand's first shot, but the Dauphin forward tapped his own rebound through McVeigh's five hole to tie the game.

The rest of the third period would solve nothing, and the game would need overtime.

In overtime Matteo Esposito turned aside an Oil Caps scoring chance. Off the ensuing faceoff, Chartrand saw the ice opening up, and fired a pass to Ashton Clark at the opposite blue line, giving Clark a clear break to the net. Clark finished on the breakaway giving the Kings the win.

The Kings now look ahead to Sunday's game against Selkirk, their last of 2016, a 6:00pm puck drop at Credit Union Place.