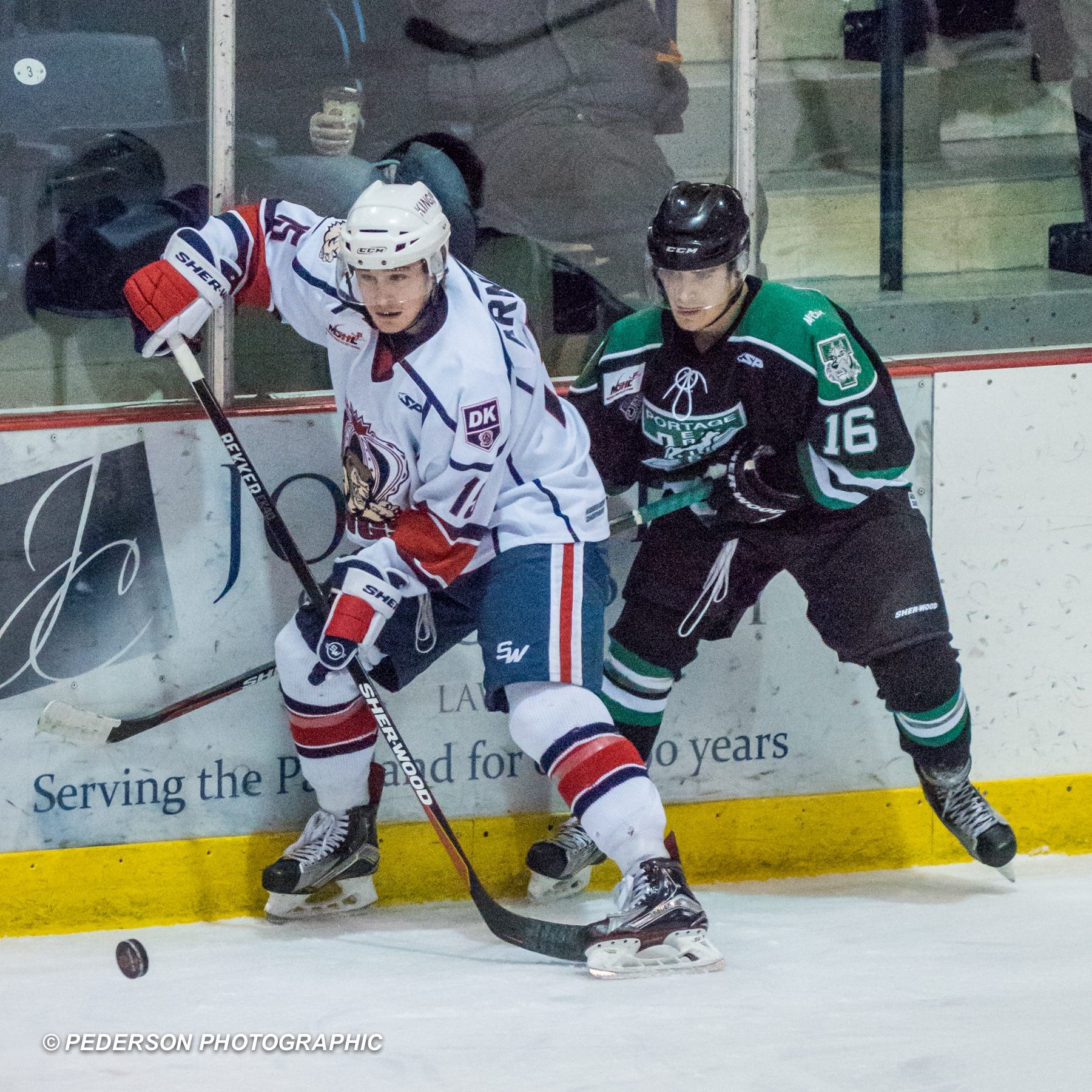 The Dauphin Kings went 0-2 at the MJHL Showcase after a 4-1 loss to Selkirk Tuesday and a 6-3 loss to Portage Wednesday.

The Terriers scored two goals each period to pace their offence including the game's opening score just 56 seconds in.

The Kings found an answer before the end of the first period though, when Ashton Clark tapped in the Kings first score to cut the Terriers' lead in half.

The Kings were held off the board in the second but found their scoring touch in the third period. Trailing 6-1 the King scored two goals 59 seconds apart. Dauphin's Daniel Chartrand and Matt Greening scored. All three of the Kings goals were scored on the power play.

Keaton Leininger picked up a quiet three point inght, assisting on all of Dauphin's goals. Daniel Chartrand, and Ashton Clark each had two point nights.

The Kings are back in action again on the road against Virden Saturday.