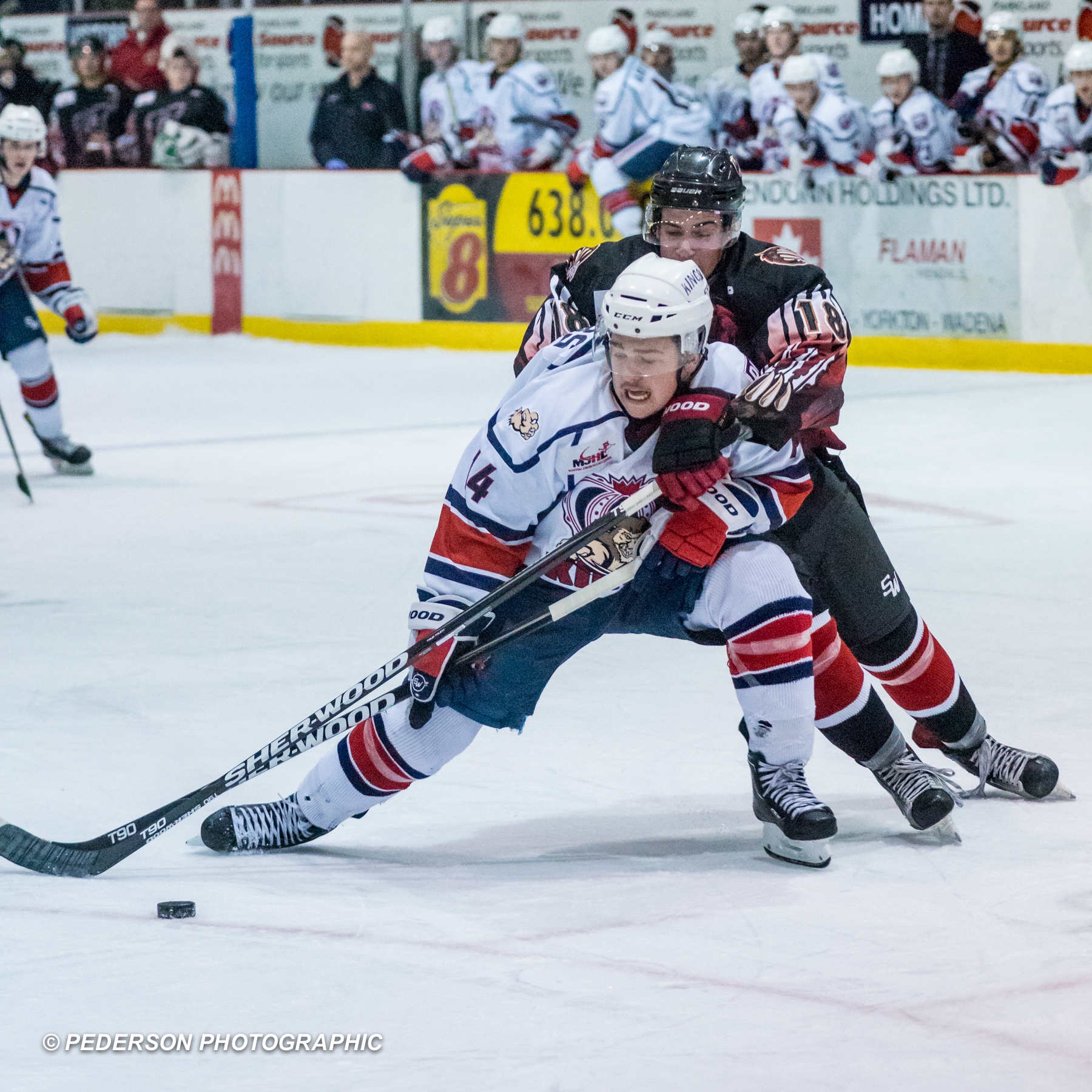 The Dauphin Kings fell by a score of 5-1 for the second time in their last two contests.

The Kings out shot Wayway 40-34. The Wolverines picked up just their fourth win of the season and their second against the Kings. They are the last team to enter double digits in the points standings.

Keaton Leininger had the lone goal for the Kings on a third period power play.

Out of the Kings lineup were Trevor Selk, Darren Gisti, and Riese Gaber. Gisti has been called up by the WHL's Portland Winterhawks and Gaber is in Alberta with Team Canada West.

Back into the Kings lineup were Hayden Pierce and Tyler Derkach. Pierce made his return to the lineup after sitting out since the Kings second game of the season against OCN in which he was injured. Derkach made his season debut.

The Kings host Virden Saturday for Tractor Lotto Draw night. The game is free to attend but you must pick up your tickets in advance from Reit-Syd Equipment in Dauphin.