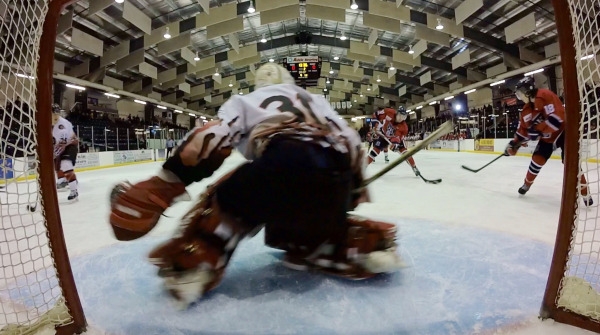 The Dauphin Kings came back from a 2-1 deficit in the third period to gain a point, but lost 3-2 in a shootout to the Waywayseecappo Wolverines Friday night.

Dauphin used two goals from Kirklan Lycar (10 & 11) to get the single point. Lycar has been playing very well as of late, he’s now got three goals in his last two games. Drake Bodie assisted on the first Lycar goal, his first point since coming back from injury.

The third period was mostly dominated by the Kings and it appeared they scored to take the lead late in the third period, but Rylan Freed’s bank shot off a Wayway defender was waived off because the net came off. Even though the net looked like it remained on its spot. The Wolverines were lucky to get to overtime considering the way the Kings were playing in the late stages of the contest.