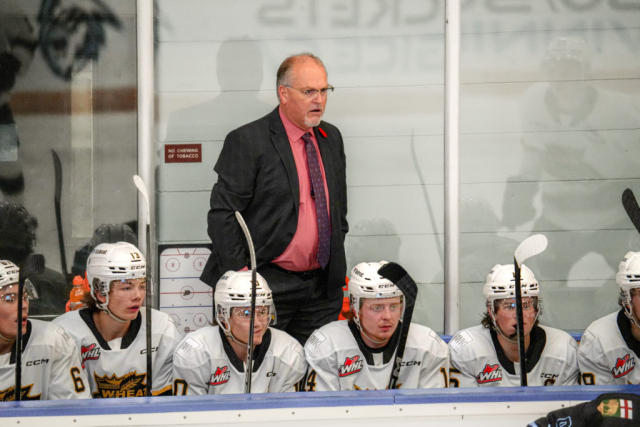 Following a poor start to the season, the Brandon Wheat Kings have parted ways with Head Coach, Don MacGillivray.

The Wheat Kings currently sit at the bottom of the East Division with a record of 8-15-2. Brandon went 2-8-1 in November as they now look ahead to a pair of home games this weekend against Prince Albert and Swift Current. Brandon`s lone bright spot of November was a win against Red Deer on November 19. Red Deer is second in the East Division at 18-4-0-3.

MacGillivray has been with Brandon for the past seven seasons after he joined as an Assistant Coach in the 2016-17 season before he took on the role of Head Coach during the 2020-21 season. Don's tenure as the team's bench boss ends at 61-47-7-2.

The team has also announced that current General Manager, Marty Murray will take over coaching duties moving forward. He becomes the 25th head coach in Wheat Kings' history, he will be joined by Mark Derlago and Del Pedrick who will remain on the team's coaching staff.